The seasons come and go bringing with them an overabundance of crafty things to do with little fingers.  Easter hails the chocolaty goodness of Easter egg making and palm cross origami, Halloween screams for spooky, ghostly crafts and Christmas is all about making the perfect angel for the top of the tree. (Or a Santa out of a clothes hanger like I did when I was five and my mother still hangs in her house for my five year old to admire.)  Children love having things to do to keep them busy and out of mischief and to that end here is a crafty treasure hunt idea inspired by Maggy and Red Ted Art. 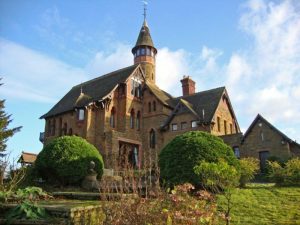 If you want to host a big, bright and fun treasure hunt but you don’t have the space, The Big Domain has a huge selection of party houses with large gardens and grounds.  The grown-ups can enjoy their own gathering after the children have been tucked up in bed with some treasure of their own.

Kelly Quance
writes for The Big Domain but has two little Sherlocks of her own who insist on making, sticking, drawing and covering themselves in glitter on a daily basis.  Thank goodness for Red Ted Art!