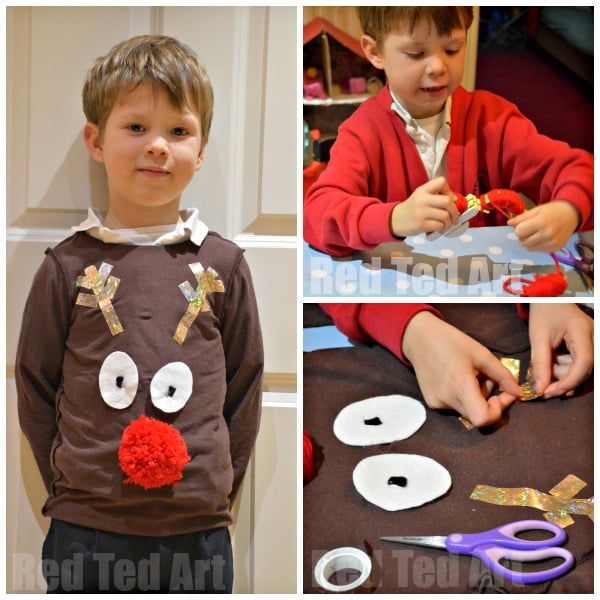 For our DIY Christmas Jumper we used:

Note: we can remove ALL of our bits and pieces and return the top to it’s previous state.

Note 2… if you don’t have wool or felt – check around the house what else you have – maybe some masking tape? Some bright red paper? Or maybe some shiney wrapping paper? Hunt around for alternatives! No safety pins? Tape it on! We have done that before with a paper skeleton DIY outfit and it work well enough for a day at school.

DIY Christmas Jumper what we did:

1) I traced some large white eyes and Red Ted cut one, I cut the other. He then cut is own “pupils” out and we stuck them down.

2) Whilst that was drying, Red Ted made a pom pom – we have LOTS of pom pom making techniques here, choose the one that you like best!

3) Then Red Ted, stuck down some golden tape as antlers.

4) Finally, we pinned everything else into place and DONE! 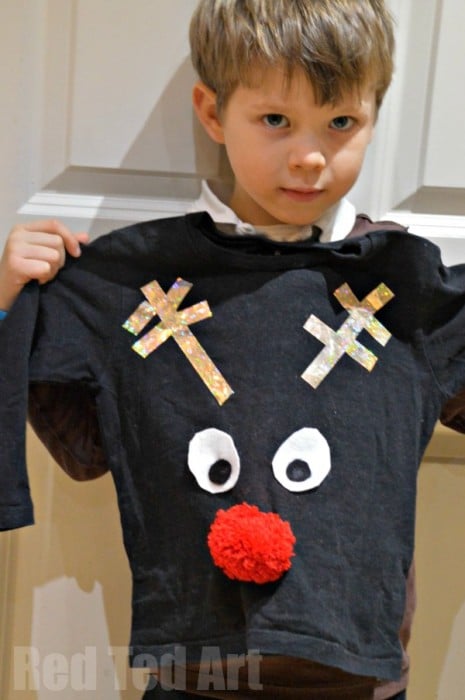 Here is Pip Squeak’s (she wouldn’t model it for us, sorry!). Hopefully I will get some better photos of our Reindeer Christmas Jumpers later in the week! It is so hard to photograph in the late afternoons after school in Winter. Sigh!