Well… we have a bit of a Fairy Tale thing going here in Red Ted HQ at the moment. I think the kids are just at the right age to really enjoy hearing them, repeating them and then expanding on the Fairy Tales. So we are having a Fairy Tale Crafts bonanza! We have already made some Three Little Pigs (with the Big Bad Wolf of course) and a Snow White craft. Pip Squeak invented her own Fairy Tale Cork People and today we a “classic” Goldilocks and The Three Bears Craft for you! 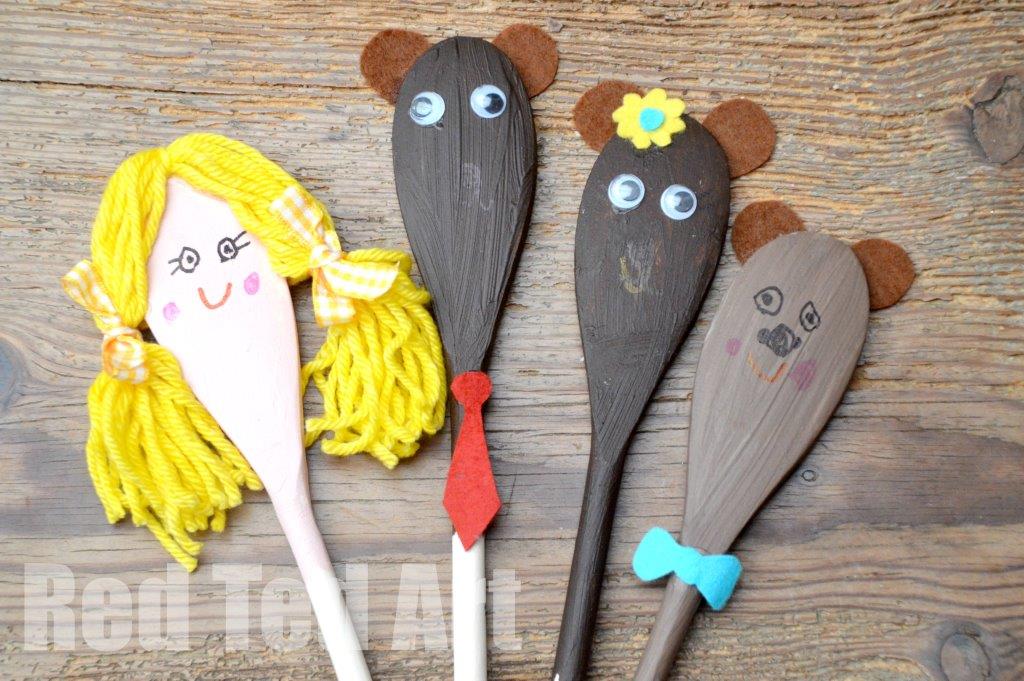 We decided to make some wooden spoon Golidlocks and bears.

You can get your wooden spoons cheaply in places like Hobbycraft or Amazon.com. Also,  I only had white wool and didn’t want to go out and get some yellow wool especially! So I dyed it myself with food colouring!! It was very exciting and fun!!

Golidlocks and The Three Bears – How To: 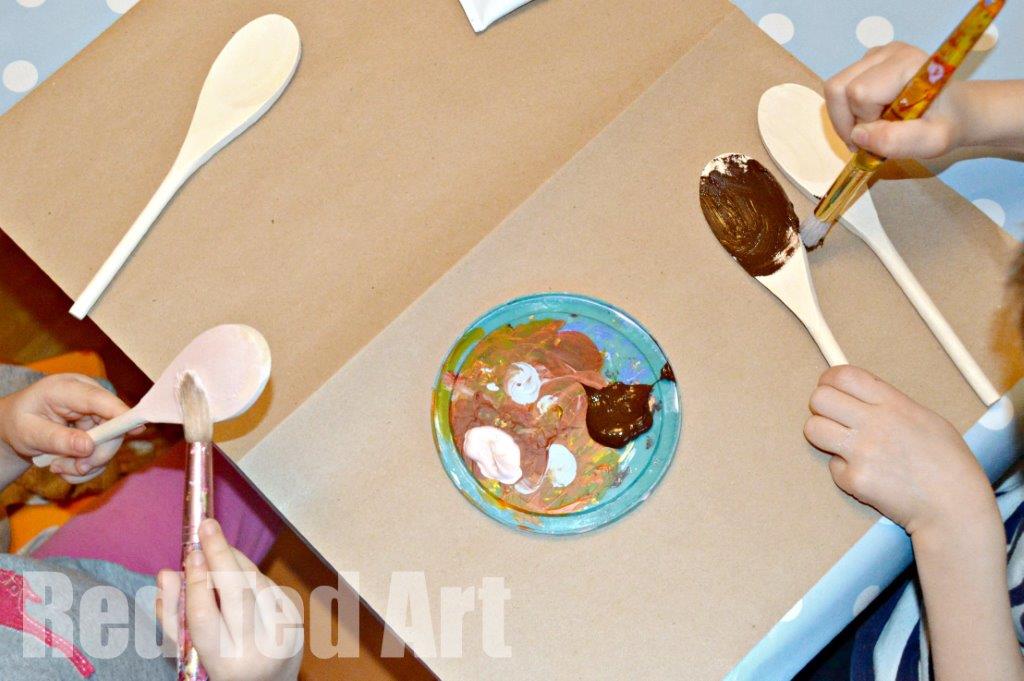 1) The kids painted the wooden spoons in browns and pink. Pip Squeak decided that baby bear shouldn’t be as “dark” as Mummy and Daddy bear, which was a good idea, as it helped us later with the details.

2) Once dry, I cut out felt details for the kids to glue on. 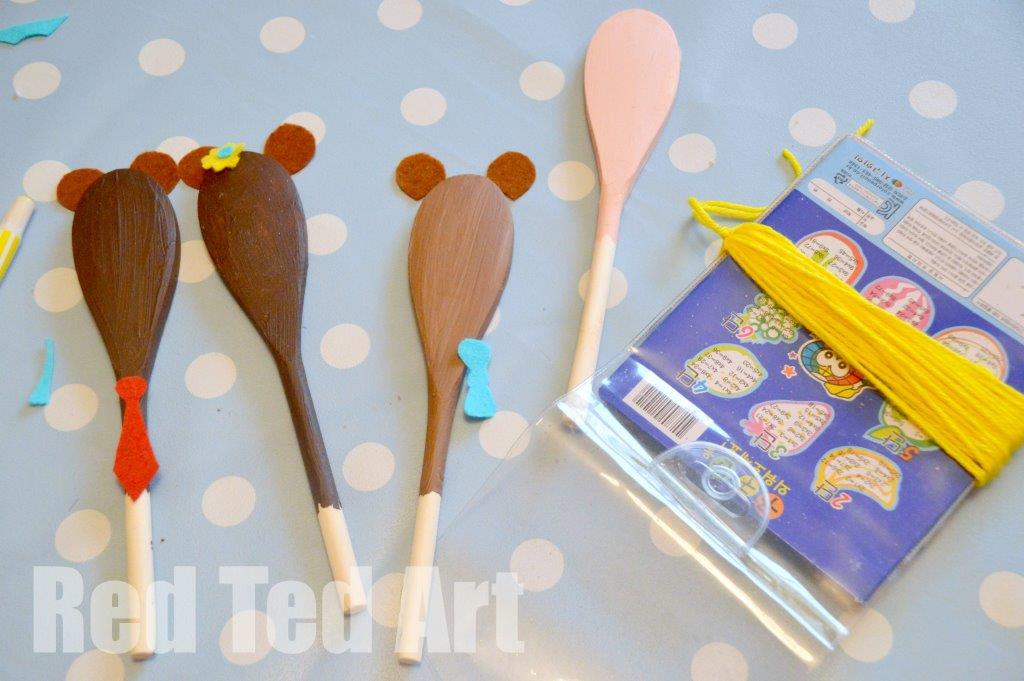 3) For the hair, I wrapped the yellow wool round a book. Tied it at one end and cut the other – then glued it on to the wooden spoon and added ribbons to make bunches. 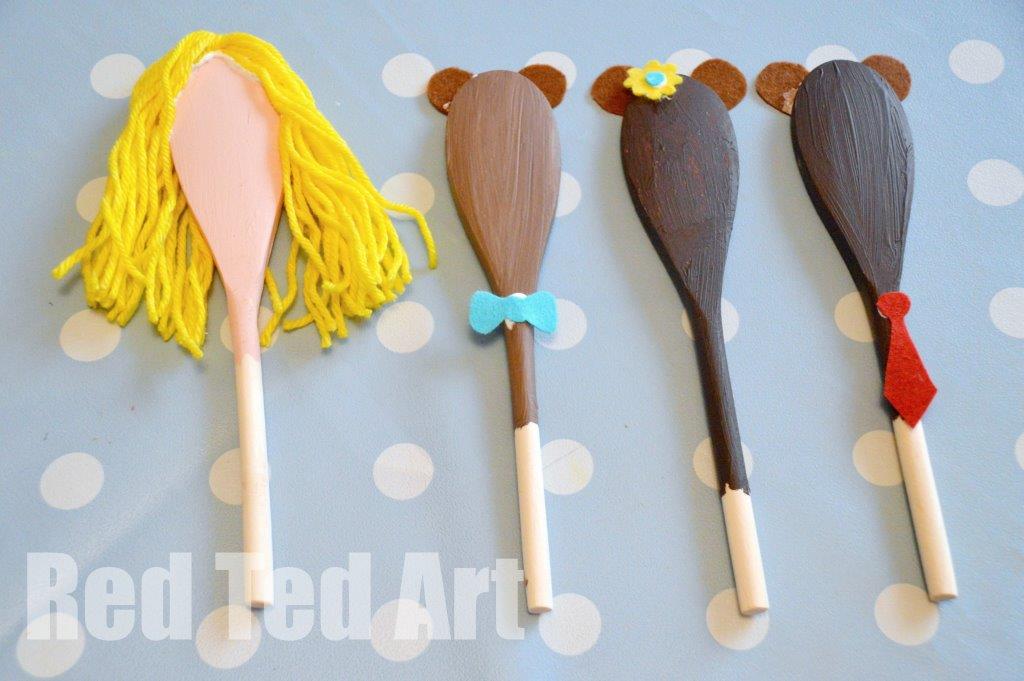 4) Pip Squeak (4) then added the details to Golidlocks and Baby Bear. Red Ted (6) added the details to Daddy and Mummy bear. He decided for googly eyes, as the bear is so dark! And drew a nose and mouth, but the darkness of the brown doesn’t show it up so well in the photos. 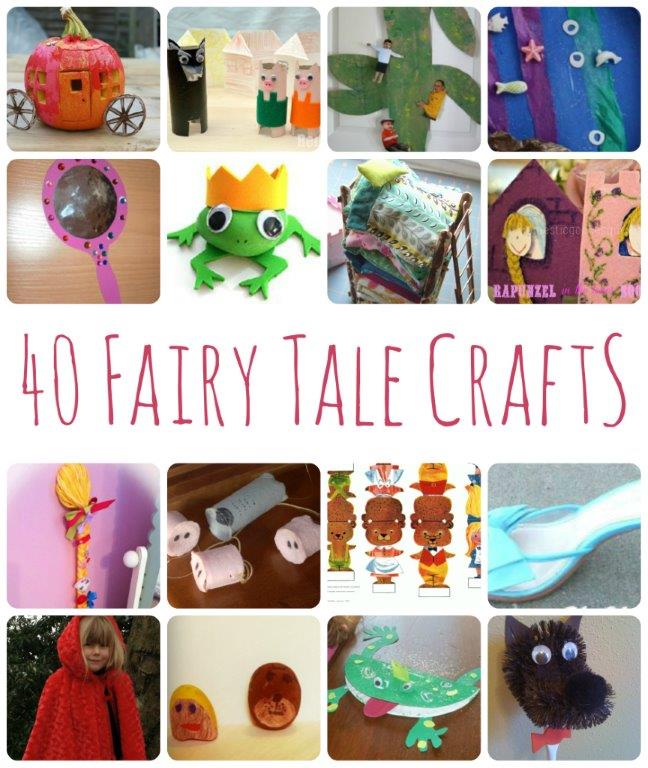