Hello! Welcome back to Kids Get Crafty. With Halloween JUST around the corner, I really did need to get on with it and do something seasonal with Red Ted. We haven’t really “done” Halloween yet, so we kept it simple. Some pumpkin drawings and a cute cute little Satsuma (!) Lantern (though adults need to help make these!). 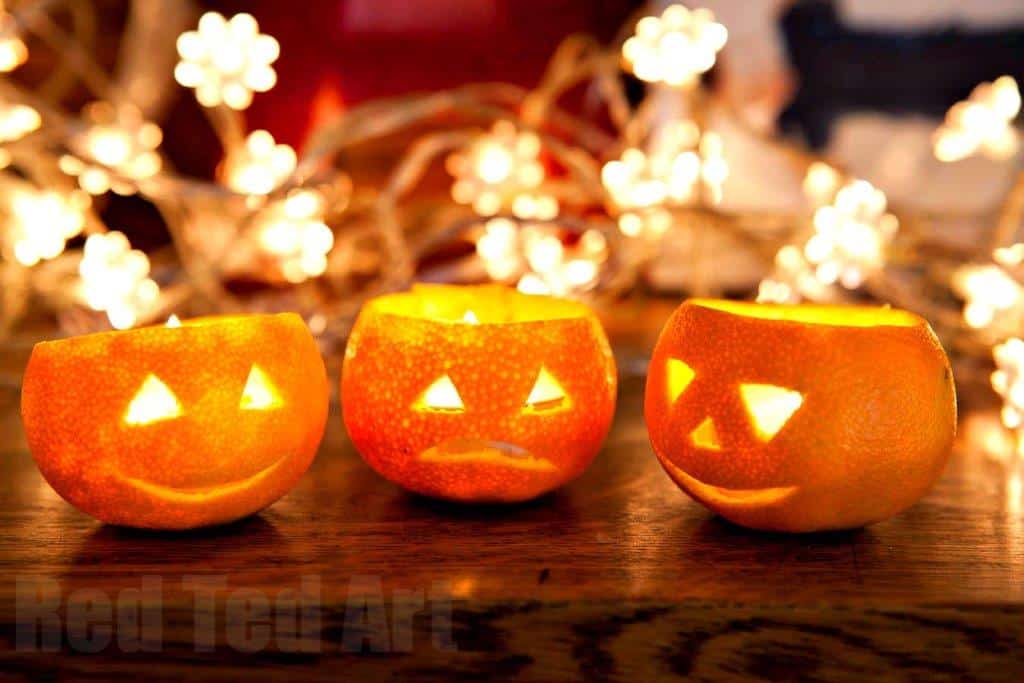 First to our book 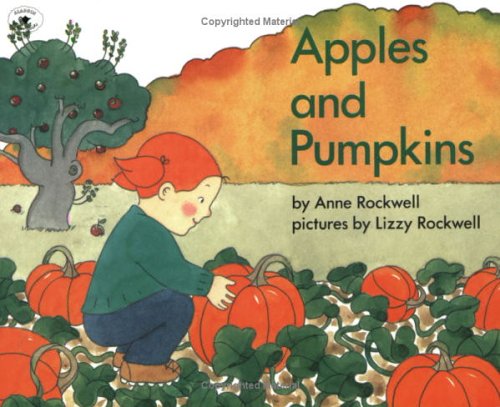 I picked this book, as I wanted a simple story that didn’t jump straight into the theme of Halloween – Red Ted doesn’t really understand yet, so wanted to introduce it to him “somehow”. This is a sweet (American) book telling the story of a little girl going to pick her Halloween pumpkin (in good American tradition, in the UK, we of course go to the supermarket). What we liked about it, is that the book also tells the story of autumn whilst preparing for Halloween. It makes it feel as if Halloween is almost like a party, so I think it introduces it nicely – lots of getting ready and then going out al dressed up. Red Ted enjoyed look at the pictures – on the farm we saw a cow, turkeys, geese and chickens which all need to be discussed! He then pointed to the ghost and said “What’s that?” Me: “A ghost” Red Ted: “What’s that?” Me: “Shall we draw one?” Red Ted: “Yes!” On to our craft.

Ok, I confess. This was a totally “failed” craft session, in that Red Ted drew one line. But I don’t think it was REALLY failed… I thought we could draw some simple ghosts with chalk on coloured paper. Red Ted watched intendly to what I was doing and told me “what to do next”. “Draw a tummy now” – to which I explained that Ghosts don’t have tummies. He then pointed to the book, where you could see the shoes of one of the children dressed as a ghost and said: “Shoes!”. I had to concede and drew some shoes! Then he asked for a Jack O’Lantern from the picture, so I added one… 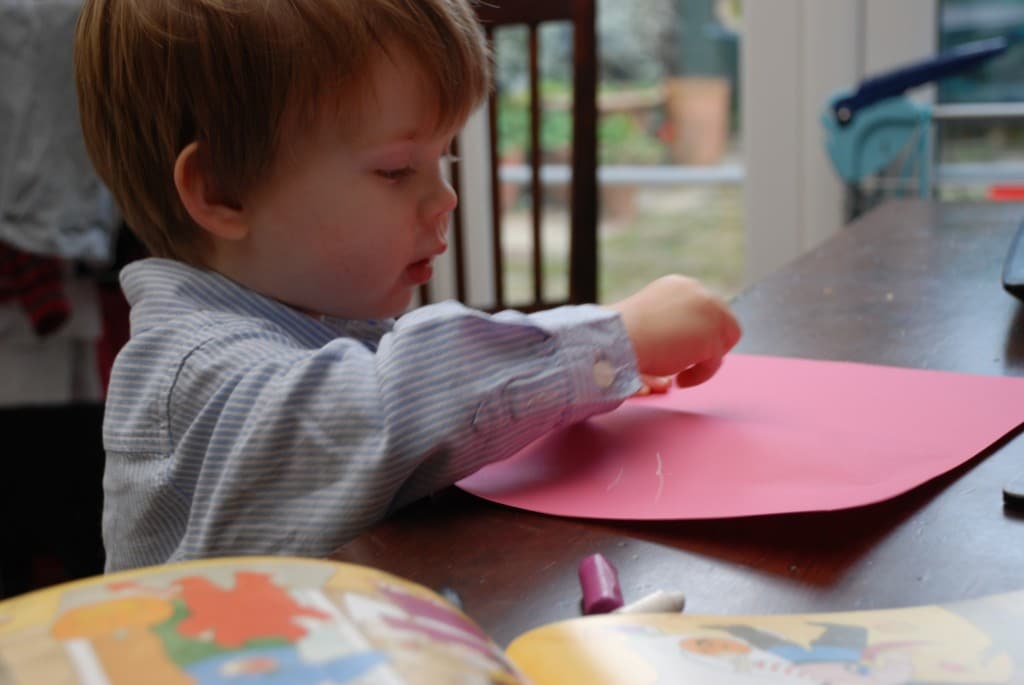 As mentioned, we used coloured paper and chalk, which you can apply easily and quickly. I am pretty certain,that if we try this again in a day or so, he WILL have a go. He often refuses to take part in something new, but always watches and insists that “Mummy do it!”. So he does want to see it, just is apprehensive about taking part…. so. Although, I have “nothing to show” from Red Ted himself (save for one photo, where he is drawing a line), I do think this was a great intro to Halloween for him.

Especially since I also made one of these out of a SATSUMA!!!! Yes, the humble Satsuma, doesn’t it look rather effective?! It is small and non threatening and Red Ted loves it. And it costs just one candle to make, as you get to eat the Satsuma too! A bargain! 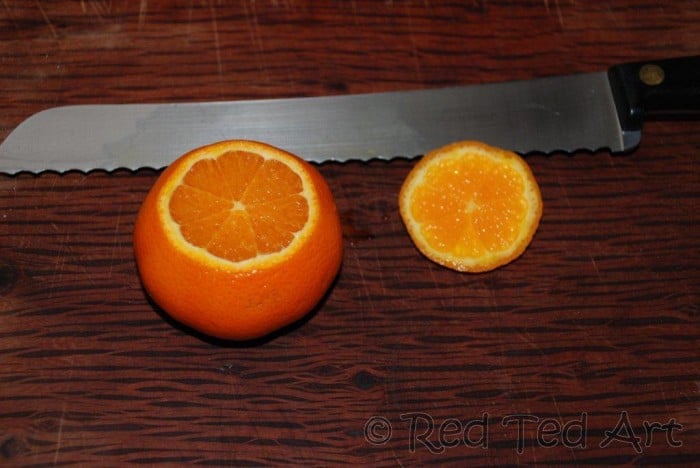 1)  Use your knife to slice the top off the Satsuma. 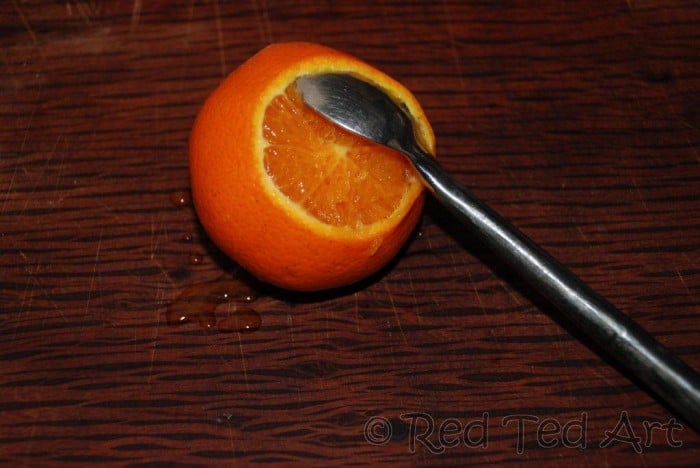 2)  Scoop out the flesh – it is easier to push the spoon in and out between the flesh and the peel, rather than moving the spoon around. If you create a little tear, don’t worry, you can incorporate it in the final design by cutting some zig zags into the top. 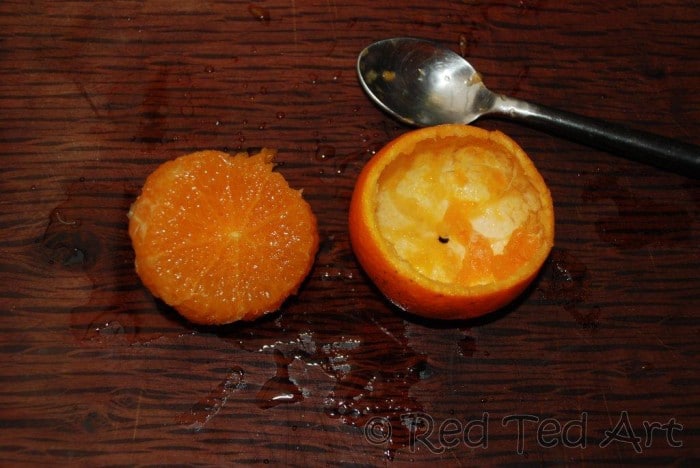 3)  Give the peel a good wash and make sure all the flesh has been scooped out. 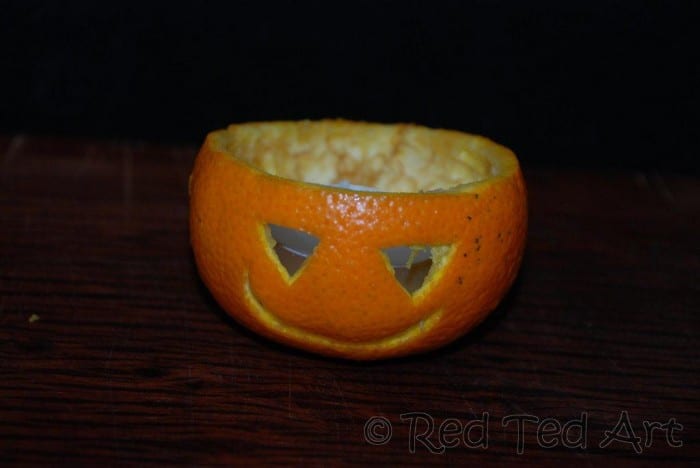 4)  Using your nail scissors, cut your face into the Satsuma shell. As the Satsumas are small, simple designs are best.

You will find that the peel will dry and stiffen, maybe even curl in a bit after a few days. This isn’t a bad thing, just different! You can always place a little object inside to prevent too much curling. It depends when and for how long you want to use them. 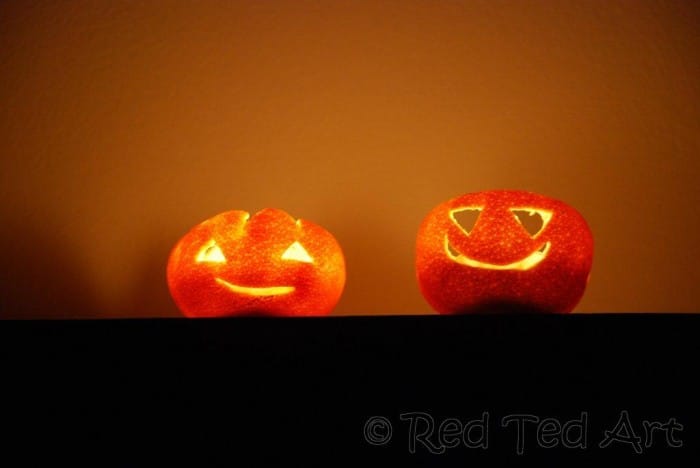 Have a Happy Halloween!