Some of you may know, that we have been having LOTS of fun with our PomPom Maker (aff). I have resisted a pompom maker as an “unnecessary” gadget for ages.. after all 2 strips of card/ circles of card or a fork will do nicely. Yes it will. But I found that the pompom make is GREAT for kids. My four and six year old, can make their pompoms ALMOST all on their own now (I just have to help with the knot), but they can do it all otherwise. Brilliant. So we have been going pompom mad. Inventing creatures and making chicks… until we finally came up with our Angry Birds craft idea: 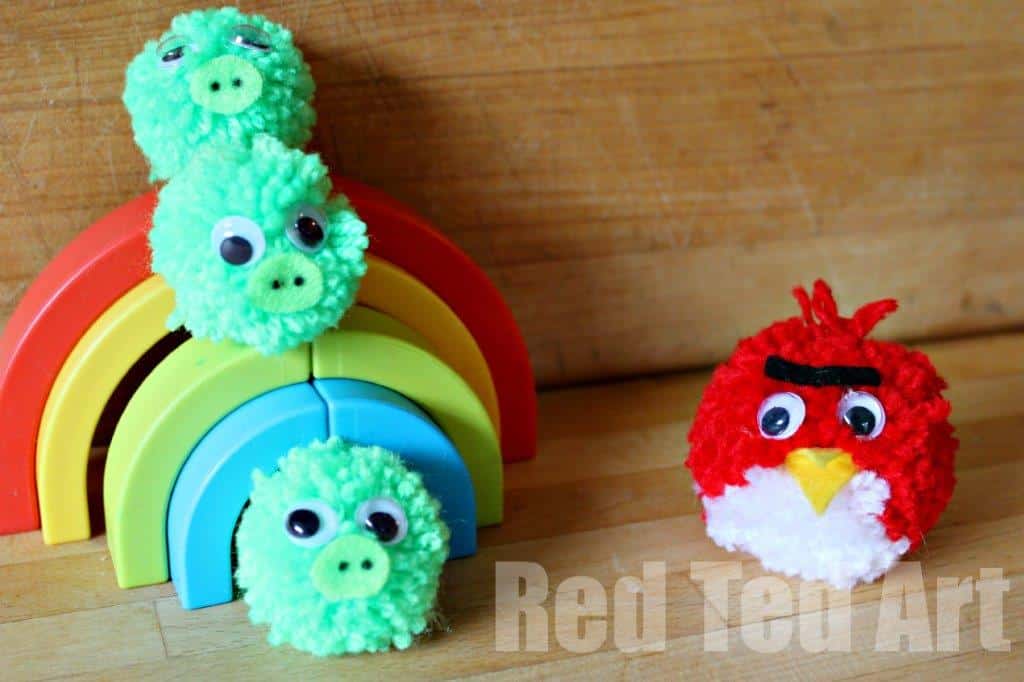 I will show you ow we made our Angry Bird PomPom and also how to use the PomPom Maker (affiliate link). Alternatively, check out our PomPom Bunny post to see how you can mke pompoms with cardboard. You can of course make our Angry Bird and Angry Birds Piggy the “traditional way… just make sure you have a similar colour ratio.

Also love our Angry Bird Pompoms as this makes for a great indoor game… I have NO problem with the kids throwing these around as much as they like….. they are unlikely to break anything! 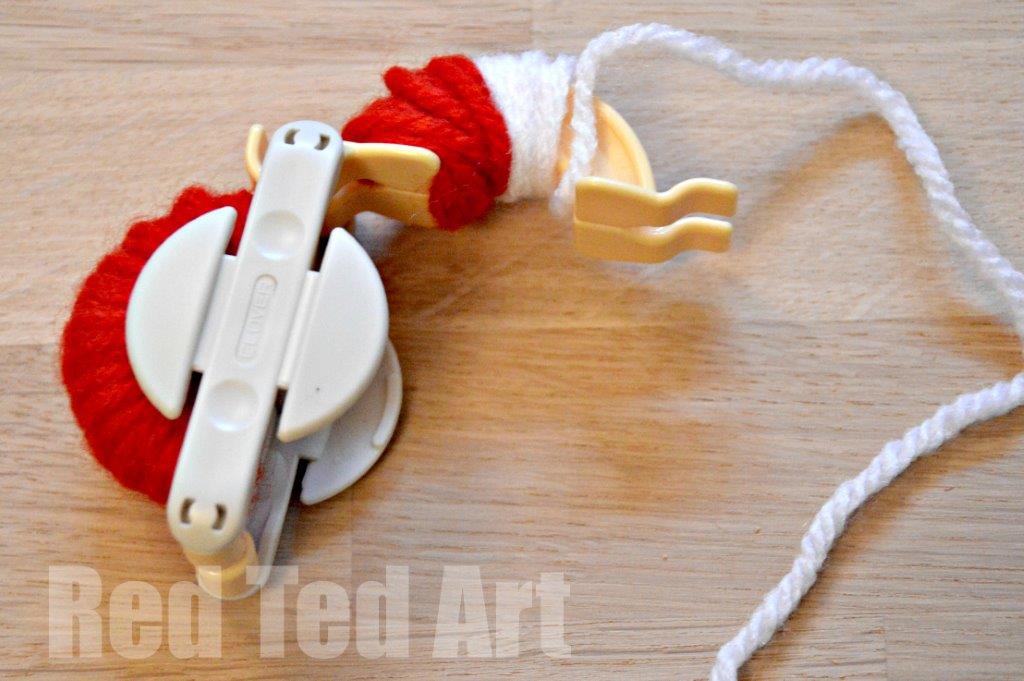 1) Lift your flaps of your pompom maker. Wind the one flap in red. Make sure it is really THICK, so you get a nice fluffy pompom. I basically wind it until you can “just” shut it. Close. And start on the second flap. Here I did about 1/3 red and 2/3 white to get the angry bird’s tummy. Again, wrap it really “full”, so that you can just close the flap. 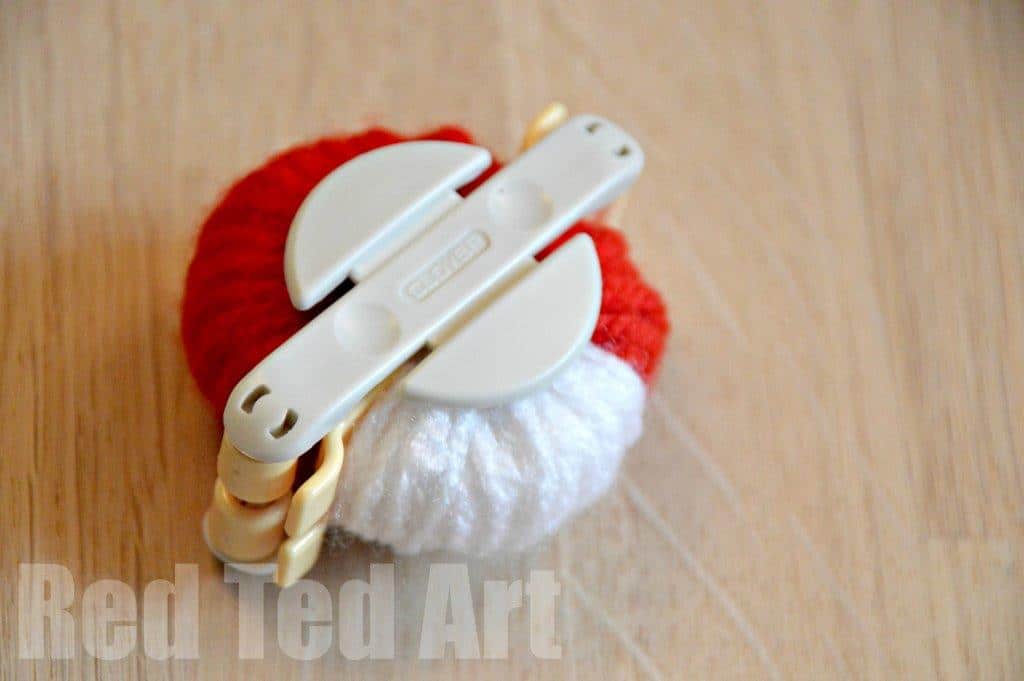 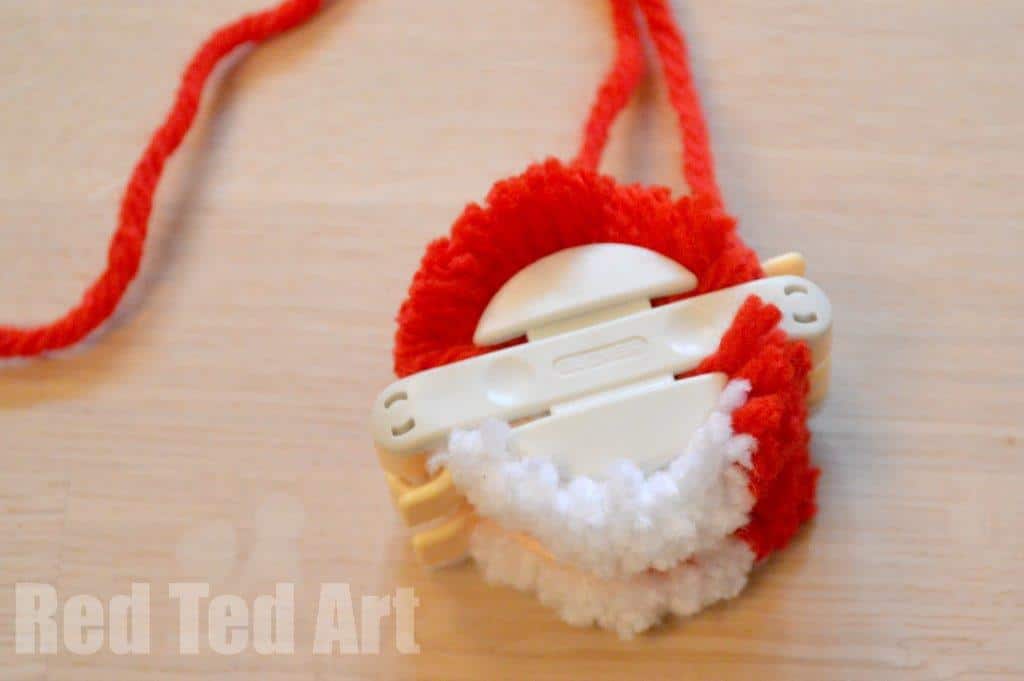 4) Though a short step, this is one of the most important steps! Firstly you need to get the position of your “wrap around” wool right – as you want to keep a bit of the “protuding” wool as the angry bird’s little feathers that stick up. So make sure you wrap your wool, so that the white part is level with you. You need to tie a good and tight knot here to secure your pompom well. 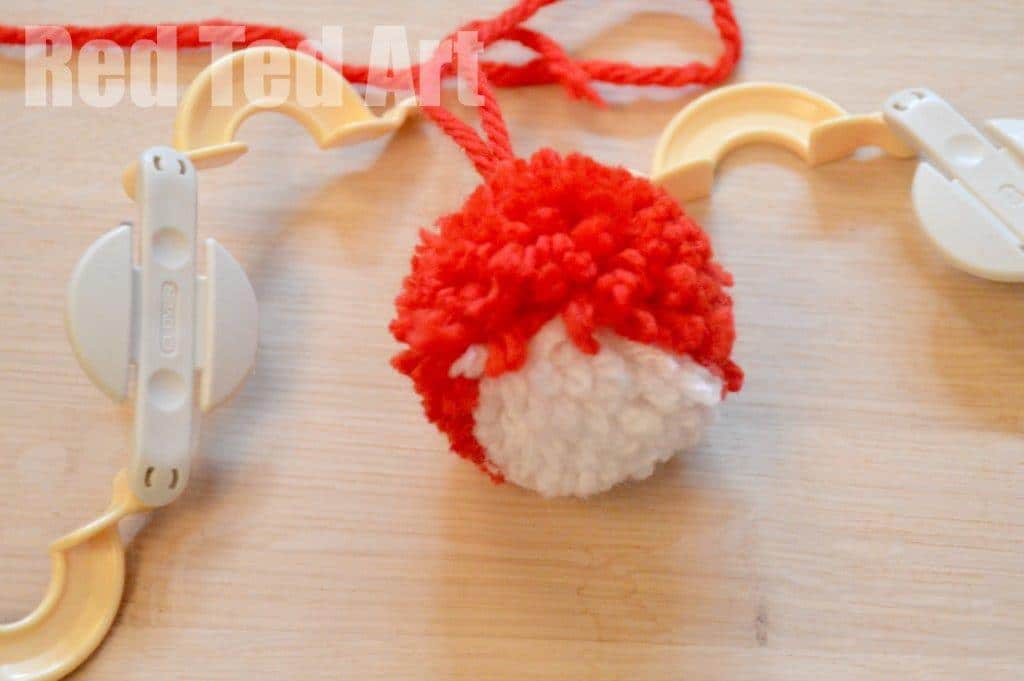 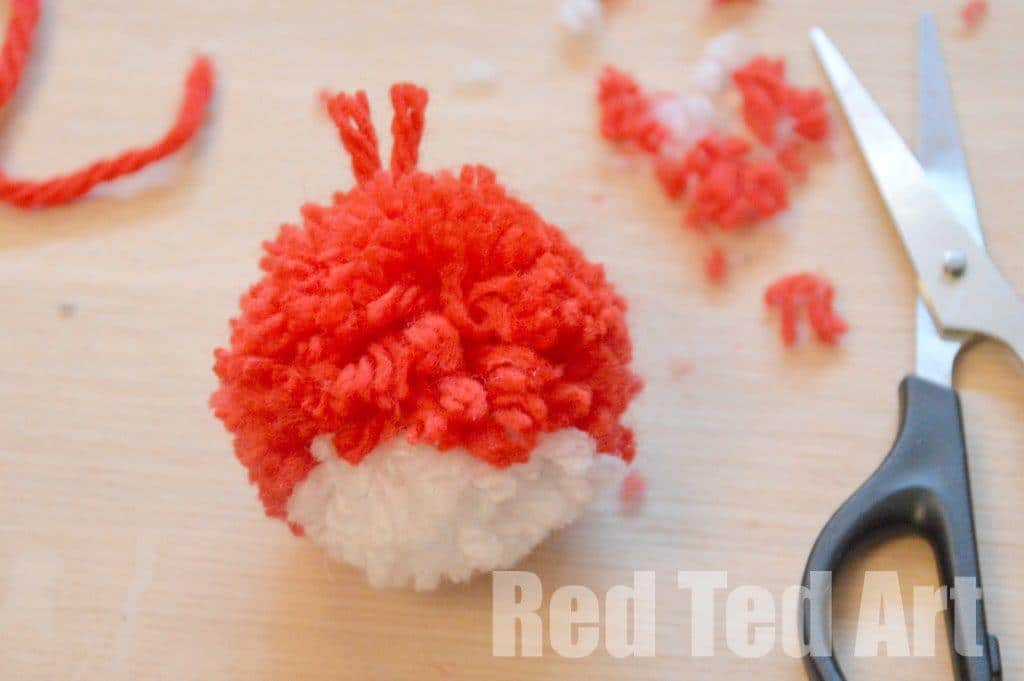 8) The glue on a felt beak, googly eyes and eye brows! Done. I used a hot glue gun, as it is quicker, but good PVA glue should do the trick too! For the piggies, we used a little green felt disc as the nose…

Combine with a DIY Catapult: 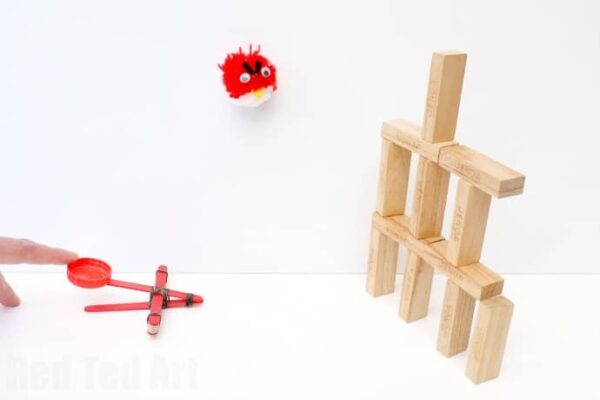 Have you seen our set of Angry Birds Easter Eggs? Check them out for sure!