Well… we blew out 10 eggs over the weekend as part of a big family brunch and the kids and I went egg decorating CRAZY! So, you will be seeing a number of egg decorating ideas popping up. I thought it would be fun to do some Superhero eggs – I was thinking super simple superheros – along the lines of our superhero party invites. I suggested this to Red Ted (5yrs) and he said “no mummy, I want to do batman”! So… all of his OWN accord, designed by him, we made batman… I would say it was a 50-50 effort and that I really only helped him with the fiddly bits. (And whilst on the topic, Mum of One did some AMAZING egg superheros too, go take a peak!). Certainly a great Egg Decorating Idea for Kids! 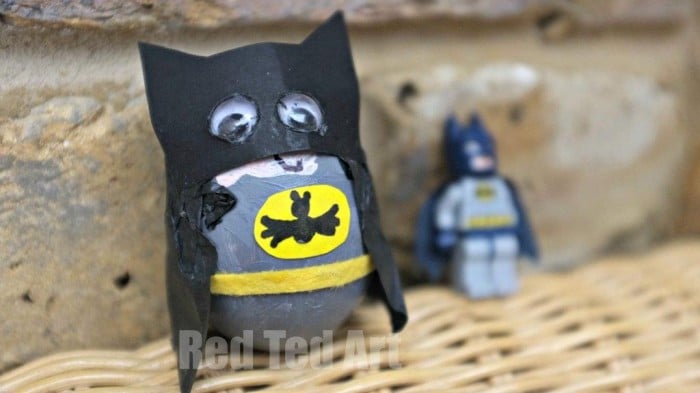 He used his little lego batman for guidance and inspiration!

2) Then he added a pink head and let it dry.

3) He then added googly eyes, a nose and mouth. 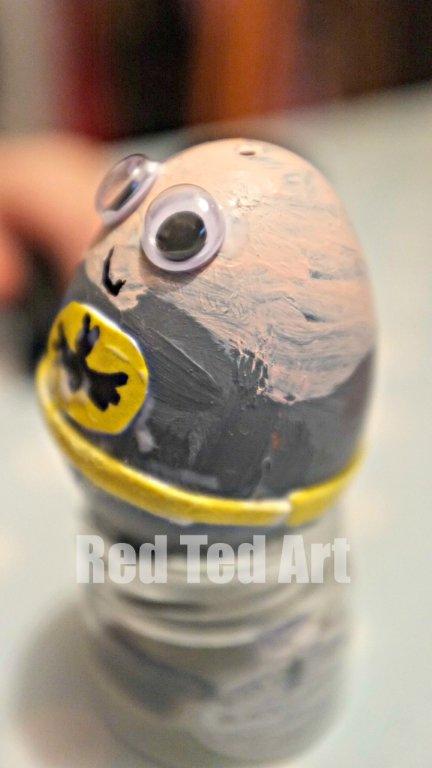 4) And asked me to cut a strip of yellow felt for the belt and a badge for the front – I suggested using yellow paper with a simple bat drawn on, which I did for him. He stuck it on.

5) He then asked for black tissue paper with a zig zag for the cape.

6) Finally we cut a piece of black card with eye holes for the mask. Glued it all together and done!

One super happy Red Ted, with his very own egg decorating idea!

He enjoyed it so much.. he went to on to make more superheroes and villains – all based on his LEGO figurines! 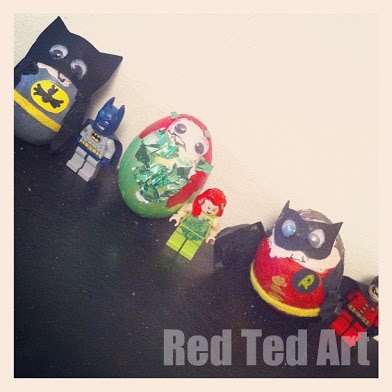 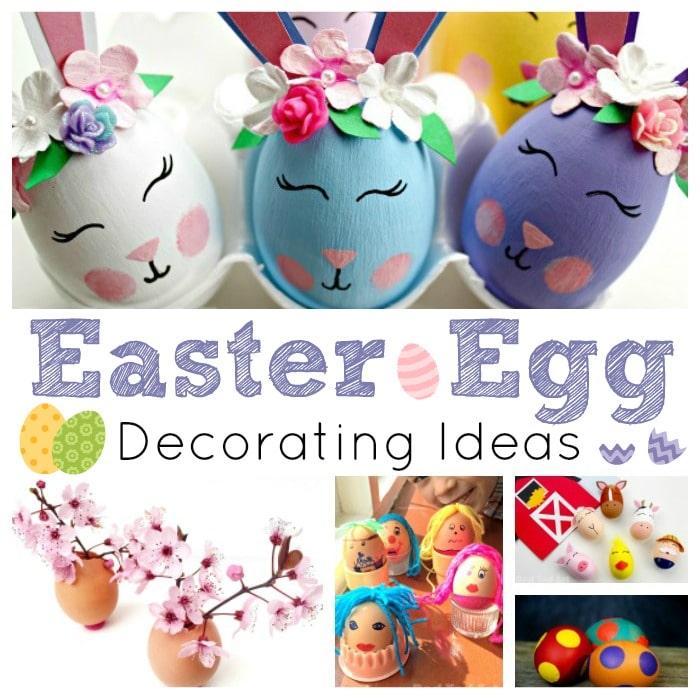