So.. how did we end up with this huge set of Fairy Tale Crafts – we have a Rapunzel Craft, a Snow White Craft and a Little Red Riding Hood Craft all in one + an extra Cindrealla (though Pip Squeak did say, she will be making her a prince very soon. Well, the Fairy Tale Crafts session started the other day…

I decided to “get on with some work”… Pip Squeak (4) disappeared off. Came back and asked for a glue stick. I have her one and she disappeared off again. She came back with this: 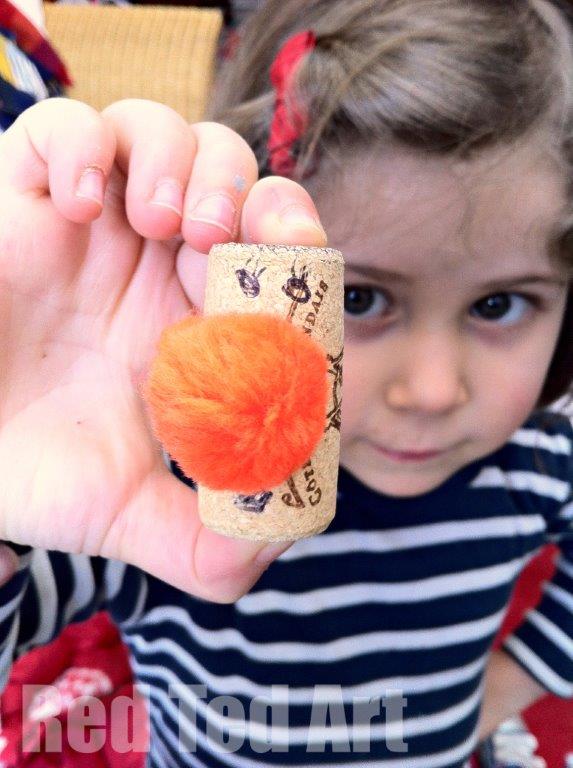 Wow. I thought, how adorable is that! Clever girl. Encouraged, she asked for some wool and more glue, so I gave her some. She came back with this:

I shared this little guy on Instagram.. and later he did get a hair cut AND got dressed!

Encouraged by her playdate friend, she then embarked on a Fairy Tale Craft journey.. she started off with a Rapunzel (with long red-gold hair), made a witch to go with it and a prince… then she created a snow white and more pompom nosed dwarves. 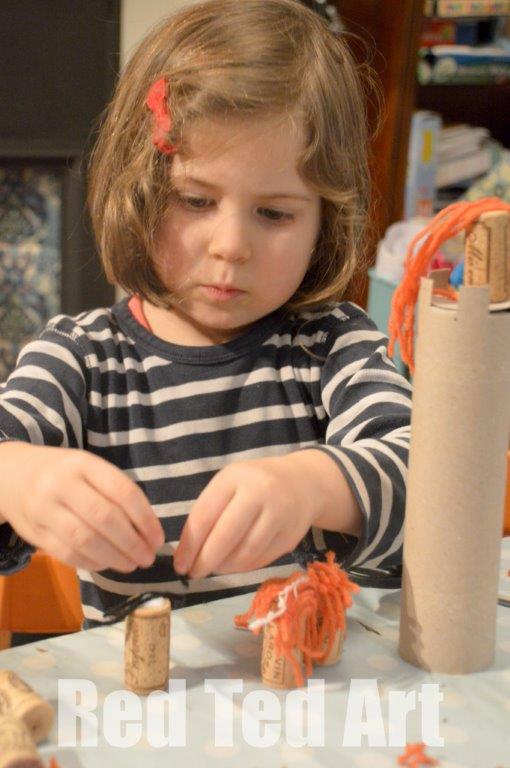 The next day, she decided that they all needed to get dressed. Wanting to encourage this “doing it herself 100%”, I suggested using tissue paper for the clothes. She picked all the colours. But then DID make me stick them (such a shame, I SO wanted this to be 100% hands off crafting on THIS occassion – but I don’t think it really matters). 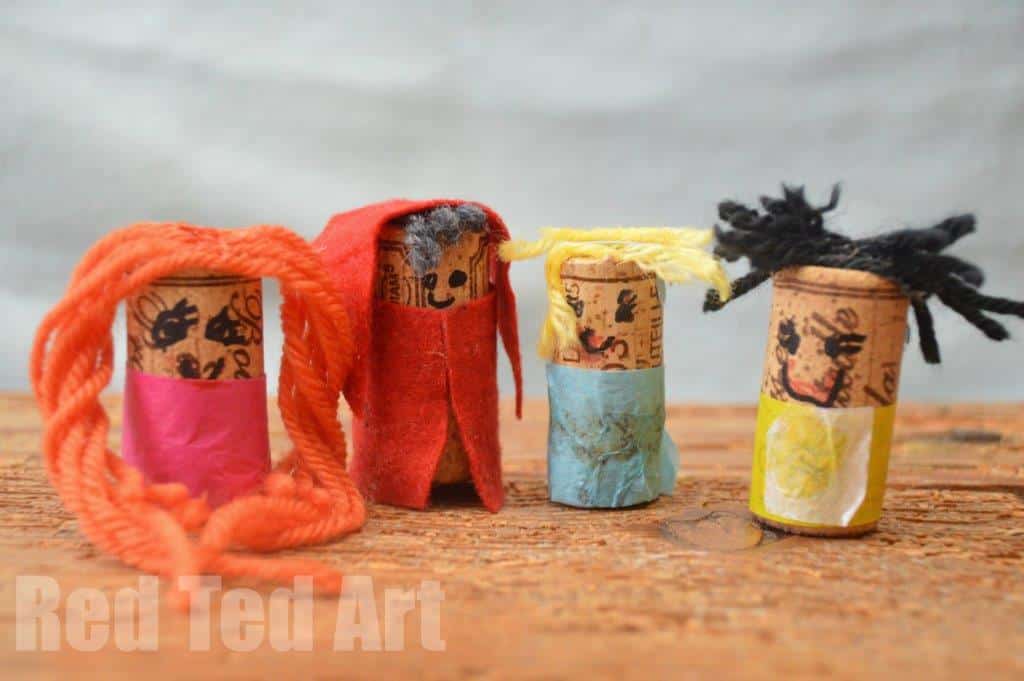 Here we have the female protagonists: Rapunzel, Little Red Riding Hood, Cinderella and Snow White. Can you see that three of them are wearing lipstick? That did make me giggle!

Little Red Riding Hood is joined by Granny and the Wolf 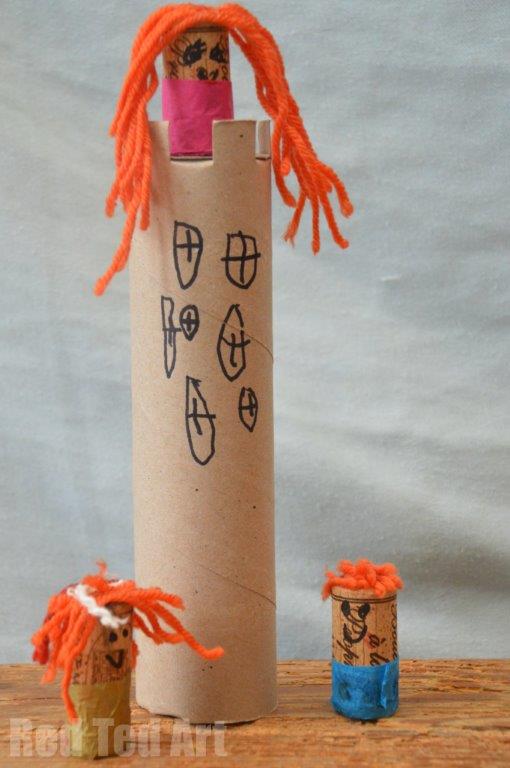 Rapunzel gets a tower and lets down her long hair… 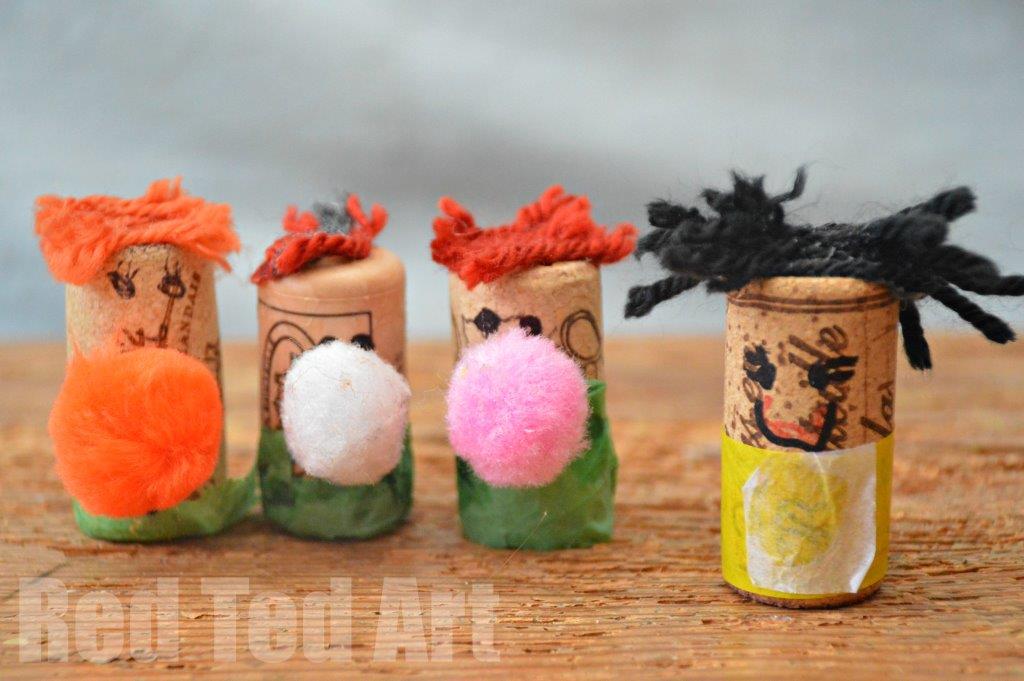 The Darves get a hair cut, but on green dungarees adn go out to meet Snow White! 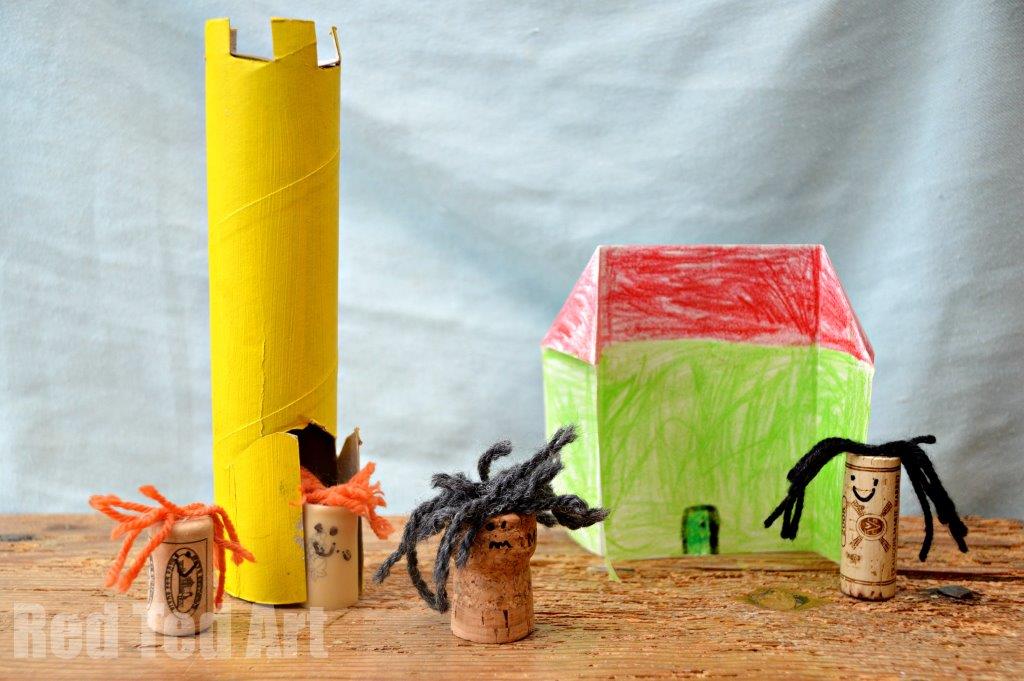 Red Ted comes home from school and has a go too. He doesn’t have time to dress his people. But they get an Origami House and a Tower that DOES have doors at the bottom. 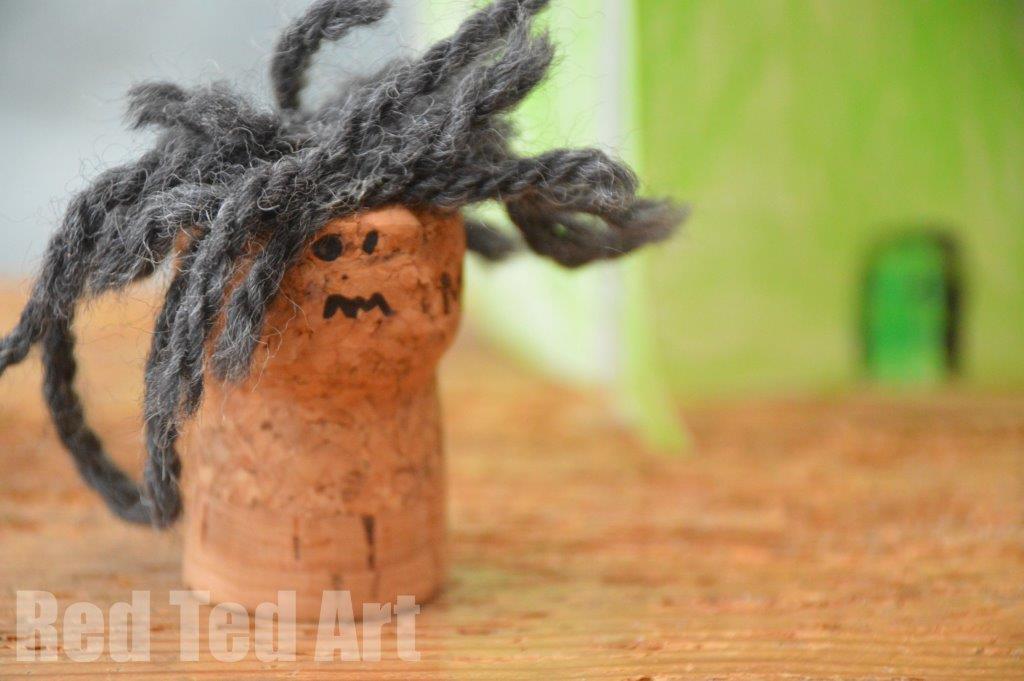 I love the look of “worried man”.

And so our Fairy Tale Crafts end for another week… but not before they all lived Happily Ever After!