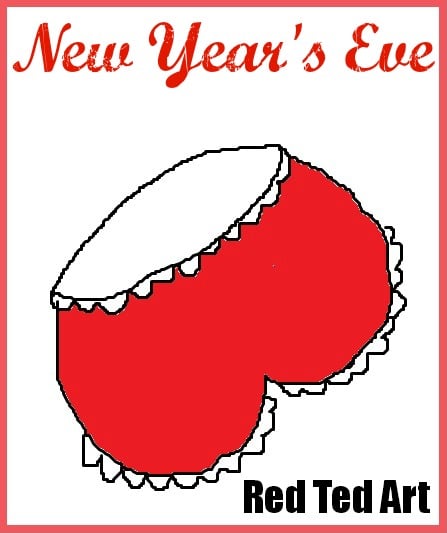 Here is a cheeky New Year’s Eve Tradition.. that will make you smile from the lovely Marianne – can you believe it? I asked a couple of other Italian friends and they confirmed it with vigorous head nodding, as well as telling me, that the Italians also like to through their old kitchen ware out the kitchen window. Food is a serious matter in Italy! But over to Marianne and for more info for this slightly more unusual one of New Year’s Eve Traditions.

Every Italian from the north to the south of the Boot will be making sure they have some red underwear to wear on the 31st December to welcome the new year in and hence shower themselves in good luck and I thought it would be a very good idea to pass this nugget of information on so YOU too could join in, after all, if they are doing it and they are renowned world over for their impeccable taste and incredible sense of Made in Italy fashion then what’s to stop us taking a leaf out of their book and joining in?

A tradition (apparently) dating back to medieval times and used by the men who would use a red drape over their groin to protect their precious ‘family jewels‘ from the witches who at the turn of midnight were out on the village streets looking to cast spells and make trouble/have fun.

The colour red is a lucky colour which brings allegria and consequently good fortune. It keeps negative energy away and calls on the protective presence of the Archangel Michael – make what you want of that bit I found it on the internet!

To give the gift of red underwear is to wish great fortune on the receiver and a rich and satisfying year ahead.

Of course if your budget won’t stretch to La Perla (Google it it’s gorgeous) or Armani for the Mr then nip down to your local supermarket all of whom are offering delightful sets.

Don’t stop at yourself either, the Italians kit out the entire family; grandad in his red long-johns with a wonderful cheeky smile on his face as he feels 20 years younger all of a sudden. Grandma reminiscing ‘good times’ as she secretly enjoys her big, but red, comfortable knickers and even the little people are kitted out with red undies.

So be it a red ribboned, lace-frilled corset or a simple pair of red knickers, make sure you join in too and when you see someone on New Year’s Eve with an enormous smile on their face you’ll know it’s because they’re wearing their red undies.

Mother of 4 and grandma to 2 she is head cook and bottle washer and reigns over her half Italian – half English kingdom with a bar of chocolate in one hand and the occasional glass of white wine in the other. She will be wearing red knickers on New Year’s Eve – will you join her?

PS> DO NOT introduce her to any more social media – thank you. 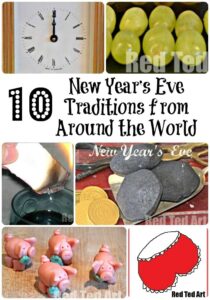