Here is a super duper quick little craft we made the other day.. just a bit of fun. We found some of those tiny tiny little pine cones (are they even pine cones??? I am not sure) – they still had little branches attached to them and though the general shape of them would make perfect little rainbow pine cone mice! 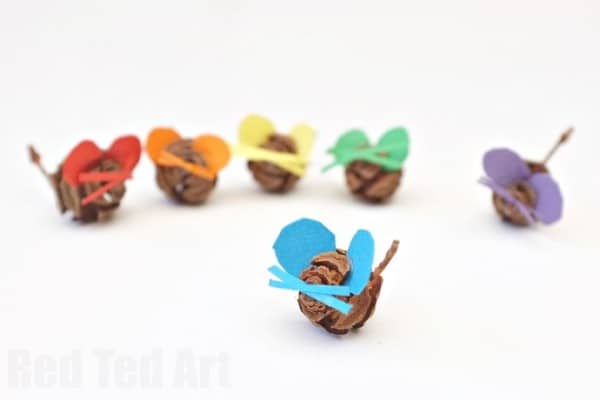 To make these mice we literally just cut out some coloured circles for ears.. dabbed some glue on them and shoved it into the pine cone. Then fiddled with two paper stripes – add some glue to the end of the pine cone and popped the strips on. Job done. So quick and easy to make and a cute little play thing. 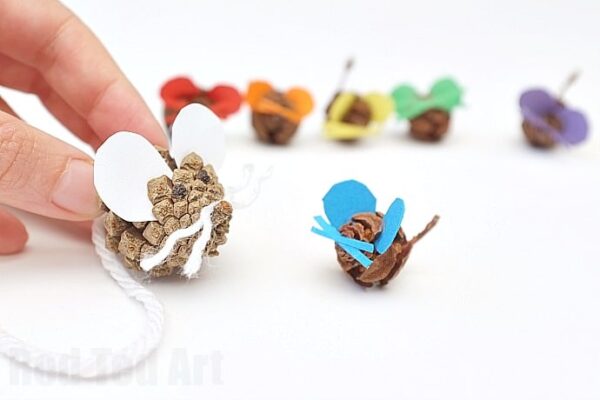 Later I found a bigger pine cone (still pretty small though) and turned it into a white mummy mouse.. using wool for the whiskers and the tail. I also drew on some eyes onto the pine cone mummy.. and there we have a super simple and cute Pine Cone Rainbow Mouse Family!