Ever since we have had Pixies visiting our house, the kids are into everything magical BIG TIME – including of course Fairies. So it was high time we made some mroe Fairy Dolly Pegs (we made some Tinkerbell Dolly Pegs a while back, but we itched for new ones). I started the process off by making a Rainbow Fairy Doll for the kids.. the next day, they made Dolly Peg after Dolly Peg themselves. The photos show Pip Squeak’s efforts.. as Red Ted took his Fairy Peg Dolls to bed with him and I haven’t seen them since! 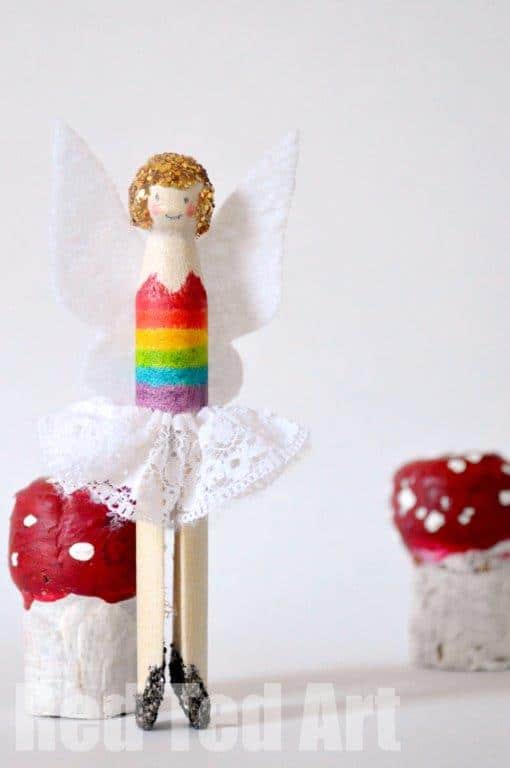 To make the Rainbow Fairy Dolly Peg, I used:

(Check out our Mushroom Craft if you want to see more about those too!) 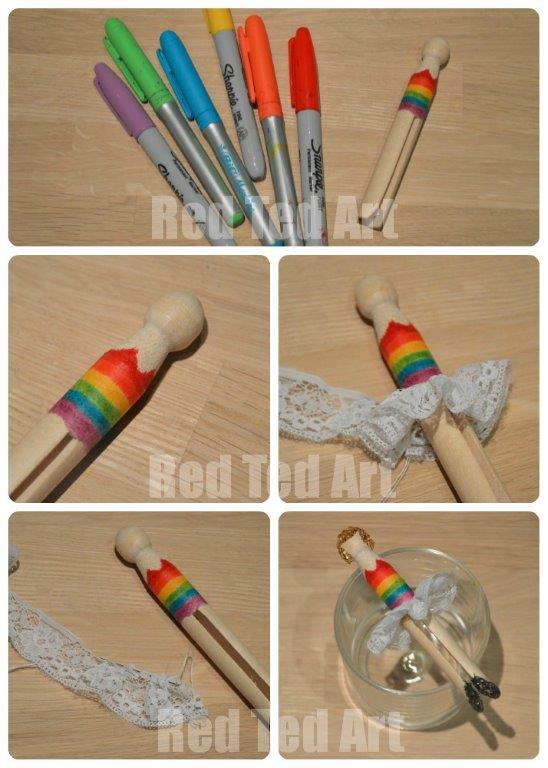 1) I started by adding the stripes. I started with the bottom layer and worked my way up, to make sure it all fitted.

2) Then I gathered some lace with a running stich and secured it to the Dolly Peg with some good PVA glue.

3) I then covered the head and feet with PVA glue and dipped it carefully in our Gold and Dark Brown Glitter! I carefully balanced i it on a glass to let dry!

4) Finally I added the facial featured with a biro (as the food grain does “run a bit”). 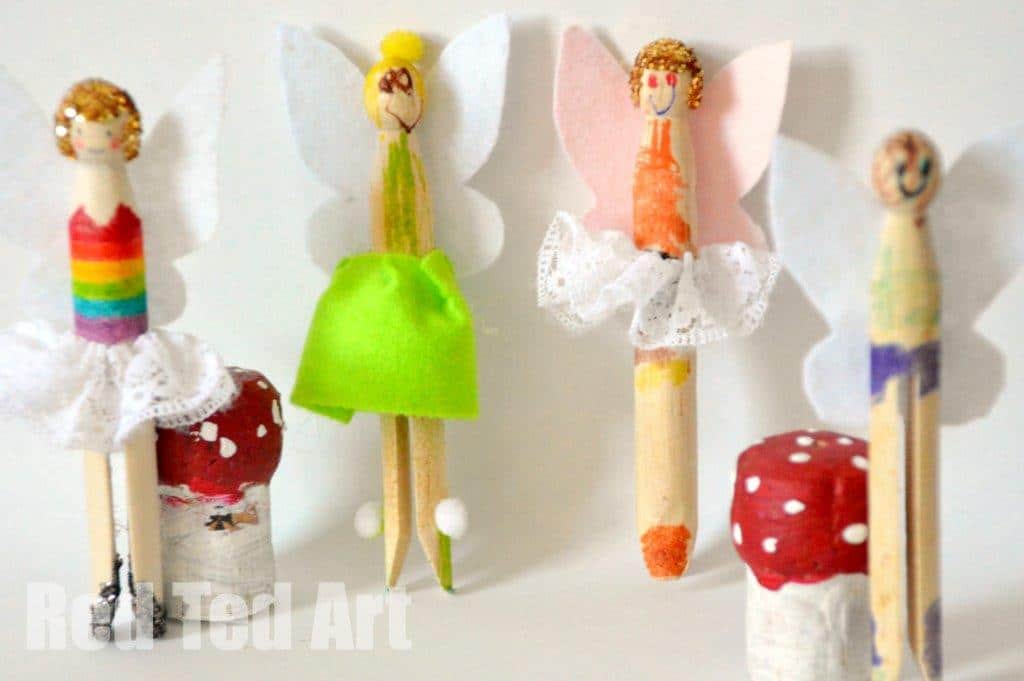 Then I let the kids loose on their pegs – I gave them pens and felt and lace. They need help cutting out the wings and Pip Squeak asked me to gather a lace skirt for her, but they did the rest!

Check out our Tinkerbell too!