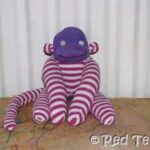 Welcome back to this week’s “How to… Make A  Sock Monkey”. The Sock Monkey Pattern has been around a long long time. Originally it was designed by the Nelson Knitting Company. They came up with a way of making use of two whole socks to make a cute cheeky little monkey. The Sock Monkey Pattern looks a little complicated at first, but is actually very easy to make. You just need to take care that you cut your sock correctly, to make the most of it. I love the fact that the heel of one sock makes the mouth of the monkey! Check the bottom of the post for the original instructions and how to get the most out of your sock!

I love “recycled crafts“, but I have also learned, that if you use “old and tired” fabric, you resulting craft will look old and tired. So don’t use your smelliest socks. How about using to mis-matching socks? I had a go with a pair of my child’s tights – that had holes in them… but not too big that I couldn’t fix them for the sock monkey! So. I hugely encourage you to recycle, but use nice stuff! Check out our Tights Octopus for other tight ideas!

Here to my tights monkey! This post was written for Red Ted Art. 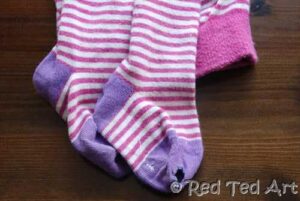 One sock/ leg will be the body of the monkey, the other will make up the arms, tail, ears and mouth.

Note: the “shoe size” of your sock, will determine the monkey’s size – i.e. Socks from The Englishman will make long bodied sock monkeys whilst Red Ted’s tights resulted in a medium one. Could make a mini one out of Pip Squeak’s socks!

Top tip: If you are using a sewing machine, sew first, then cut, avoids fiddly tiny edges and all that! 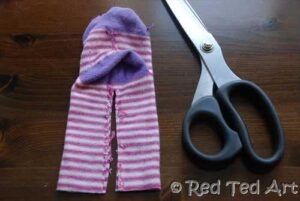 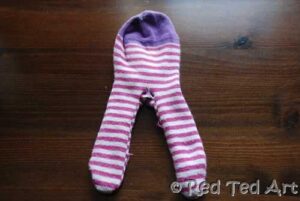 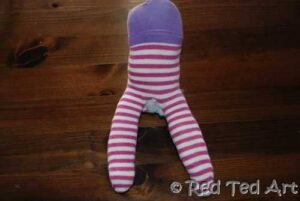 1) Take the first leg and cut a piece of the bottom – approximately sock length. The heel of the tights/ sock, will be the sock monkey’s bottom. So anything below this will be the length of your legs… so either make long or short legs, whatever you feel like! Cut a slit all the way to the slit. Sew inside out, leaving an opening near the heel. Stuff. 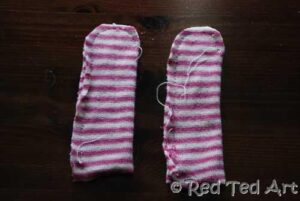 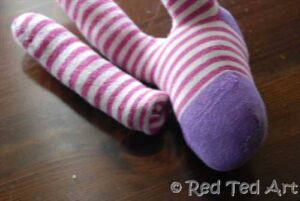 2) Cut out some arms – I made mine the same width and length as the legs, in retrospect I think slightly thinner arms would have been nice! Place fabric right sides together, sew. Turn right way round and stuff. Tuck in the ends and sew onto sock monkey body. I placed the arms about half way along the body.. It is personal preference really! 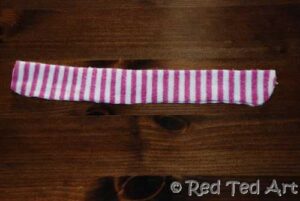 3) Cut out a long thin tail. I found mine hard to “stuff”, but I don’t think it matters if it isn’t stuff too much! Again, refer to the pattern below if you are using 2 socks and need the “perfect use” of your sock to create all the parts you need! 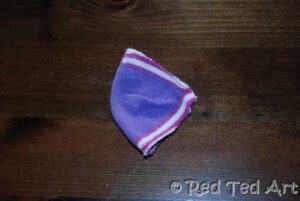 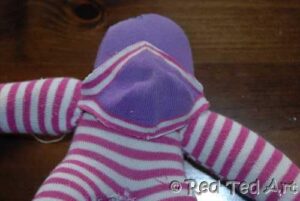 4) Cut out the heel of the second leg/ sock – this will become the mouth. I cut generously to leave extra fabric for “tucking under” when sewing. Place a little stuffing underneath. Then pin in place and sew. (See next step for finished sock monkey muzzle) 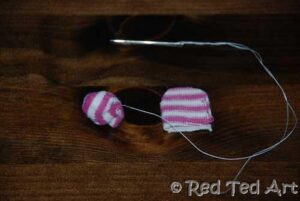 5) Cut 4 pieces of fabric for ears – again, I did these “roughly”, but below there is a “pattern” to make best use of your sock. I sewed all around and then I tucked in the edges and pinched it as per picture to create a little fold. Then I sewed in on. 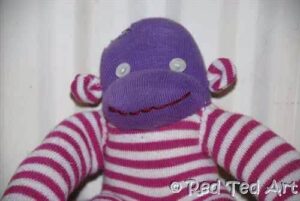 6) Sew on your buttons! It is worth checking all the buttons you have. I tried self different ones. With some the sock monkey looked freaky and scary. With the ones I settled on, I thought it was rather cute! My sock monkey has a little dent in the head, from where I had to darn a hole. No one seems to mind though! Sew on a mouth with red embroidery thread!

Here again the full monkey, so you can see how all the bits assemble and see the heel of the tights end up as the sock monkey’s bottom: 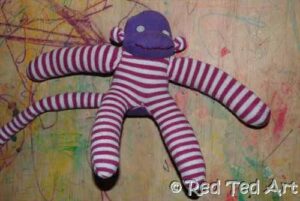 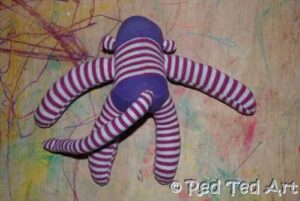 And here is again: 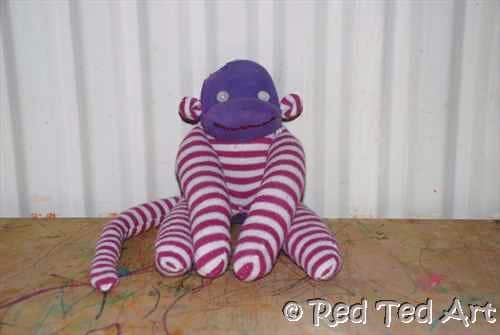 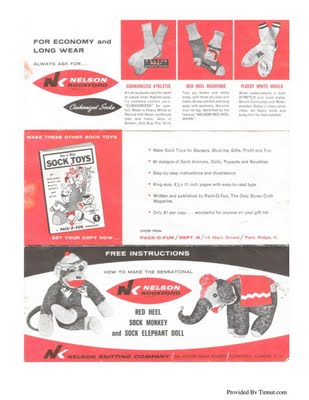 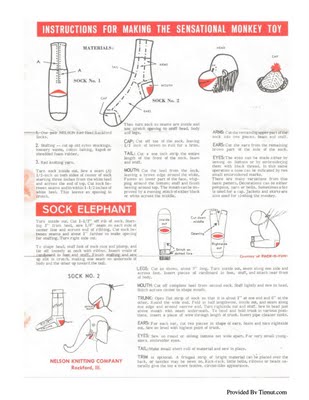 So.. what do your reckon? Why not give this Sock Monkey Pattern a go?!

Ooh and our Sock Monkey has a friend, made by one of Red Ted Art’s readers! Hooray: 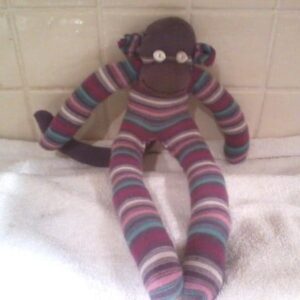 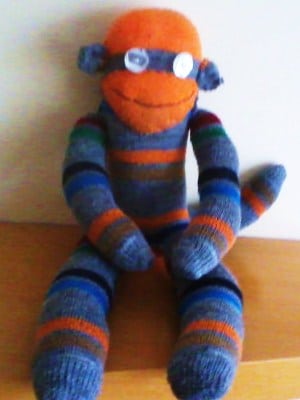 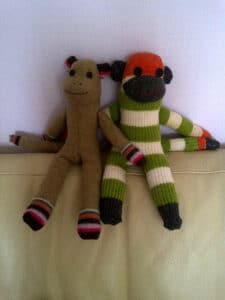 By @robyndwyer for her new niece and new son! 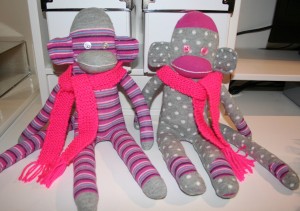 Some more friends from Wag Doll, these are dressed!