Today **Everything is Awesome**!!! Who is ready for the LEGO Movie 2 to come out?! We most certainly are! We even planned a LEGO Movie 2 Party to go with it!!! If your next Birthday party is LEGO-themed, then you are in the right place! Make your very own #TheLEGOMovie2 bunting and cupcake topper! Super simple and super fun…and complete with free LEGO Movie 2 free Party Printables!

The much-anticipated sequel to the critically acclaimed, global box office phenomenon that started it all, “The LEGO® Movie 2: The Second Part” reunites the heroes of Bricksburg in an all new action-packed adventure to save their beloved city. It’s been five years since everything was awesome and the citizens are now facing a huge new threat: LEGO DUPLO® invaders from outer space, wrecking everything faster than it can be rebuilt.

The battle to defeat the invaders and restore harmony to the LEGO universe will take Emmet, Lucy, Batman and their friends to faraway, unexplored worlds, including a galaxy filled with fantastic planets, strange characters and catchy new songs. It will test their courage, creativity and Master Building skills, and reveal just how special they really are.

Reprising their starring roles from the first film are Chris Pratt as Emmet, Elizabeth Banks as Lucy (aka Wyldstyle), Will Arnett as LEGO Batman, Alison Brie as Unikitty, Nick Offerman as MetalBeard, and Charlie Day as Benny. They are joined by Tiffany Haddish and Stephanie Beatriz as new characters Queen Watevra Wa’Nabi and General Mayhem, respectively, and by Maya Rudolph. 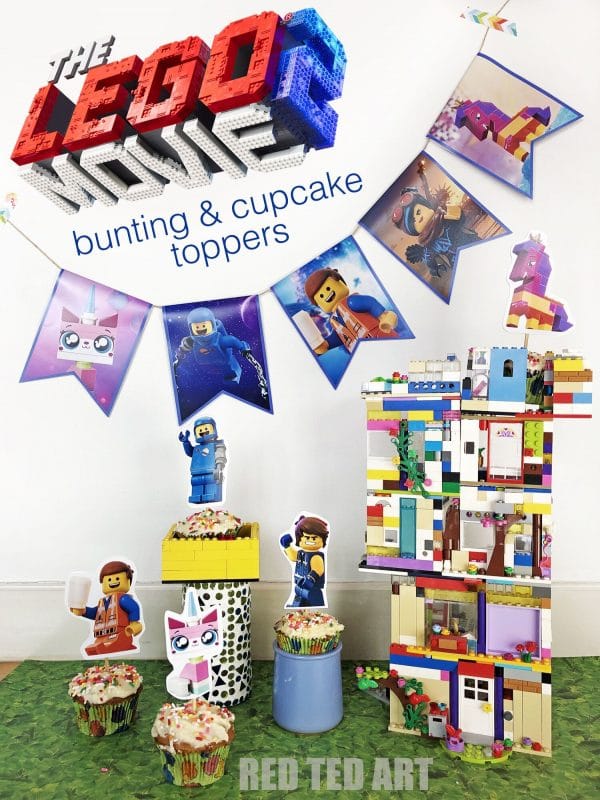 How To Make the LEGO Movie 2 Bunting:

Download the printable! And then get started on cutting out each flag.

Once they are all cut out, fold the flag so you have a picture on the front and the back when the bunting is hanging.

Have your thread ready and lie it right where you folded the flag. You can even tape it so the flag won’t move around on the thread afterwards. Your thread should be about 1,50m long so you have enough space and thread to tie it later on. Then add glue to one side and close the flag. Both side now stick together. Repeat this with the other 4 flags.

Nice and easy! The kids can help make these, don’t you think?!

How To Make the LEGO Movie 2 Cupcake Topper:

First of all: Bake cupcakes! (Or get them shop bought!! Your call!!)

Once ready, print out your Cupcake Toppers.

Roughly cut out the LEGO figures.

Fold it where the line is so that you have a front and back of the LEGO figure.

Now cut around the LEGO figure so it still shows some of the white of the paper. Make sure to hold the folded paper tight shut -so that the back and front LEGO  figures are nicely alinged. When done you will have to LEGO  figures that will have the exact same size and shape.

Have one of the LEGO figures facing the table and tape the wooden stick on to it. Make sure the stick only sticks out as high as your cupcake is. Do check that quickly before taping the stick onto the paper.

Add glue and stick the opposite side of the LEGO figure on to it. You can now swirl the stick and see one of the characters on both sides.

All that is left to do is to add the figure to cupcake! Done!

Add a couple of your LEGO buildings to the party table or some LEGO bricks to build with. Fun! 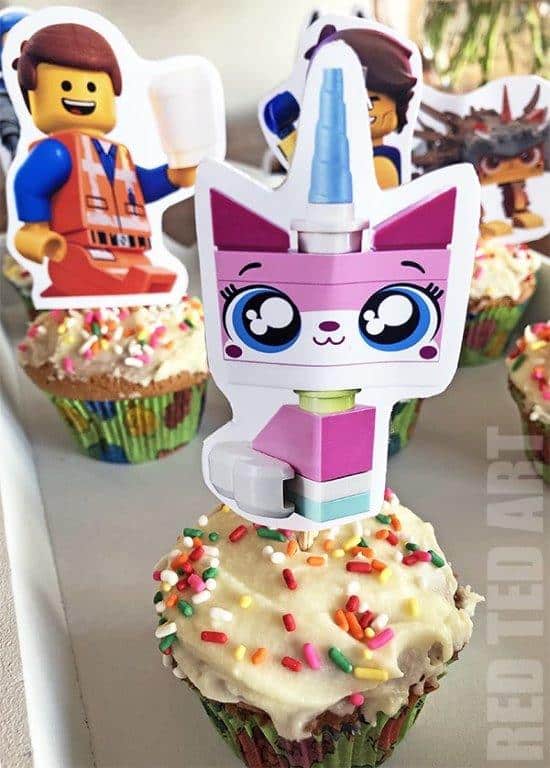 Time to have yourself a LEGO Movie 2 PARTY! 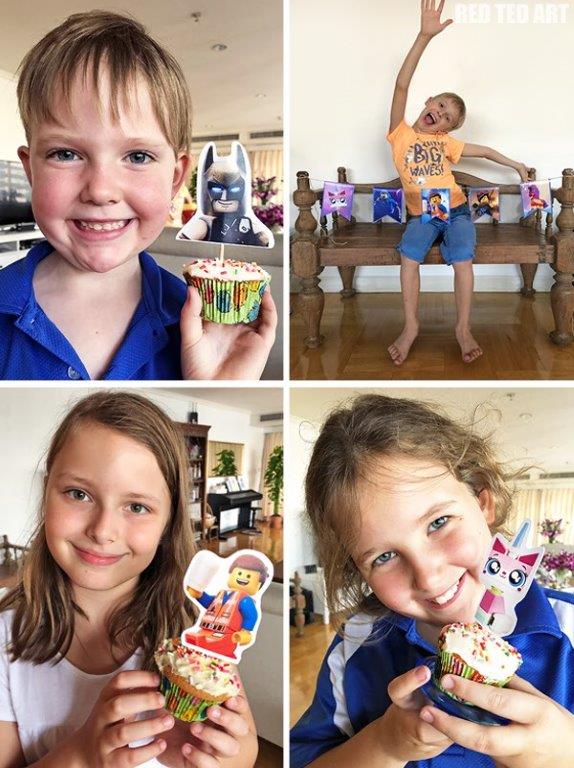 Even the mommies were impressed!!! 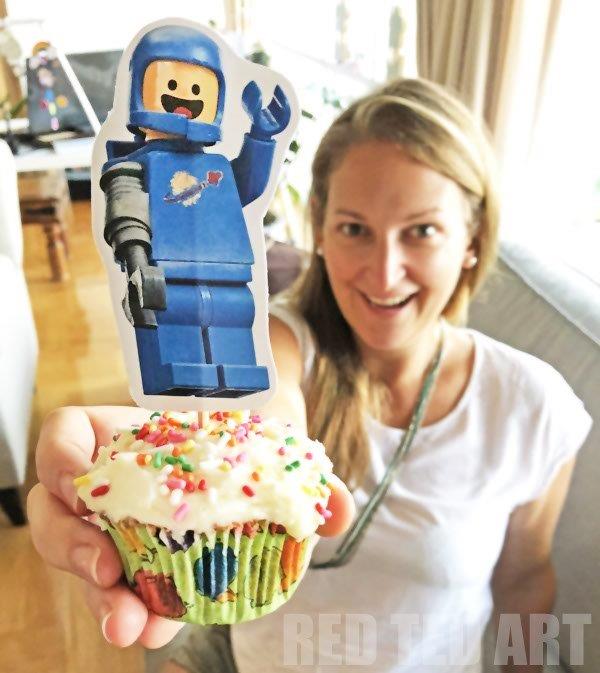 I hope you liked these fun and easy LEGO Movie 2 Party Printables and that you have yourself and AWESOME Party!!