Well, some of you are familiar with our Santa Stars already which make great Christmas Cards for Kids to make! We first made them three years ago and they have been popular ever since! I decided we had to make them again, as Pip Squeak was but a baby then and it was her turn to have a go. I thought we would make them slightly different and turn them into Christmas Cards by folding the card and keeping the stars connected at one corner.

Red Ted had other plans.. he wanted to make an Elf Star and a Reindeer Star. LOVE IT!! They were ALL his idea. Brilliant. Clever boy! 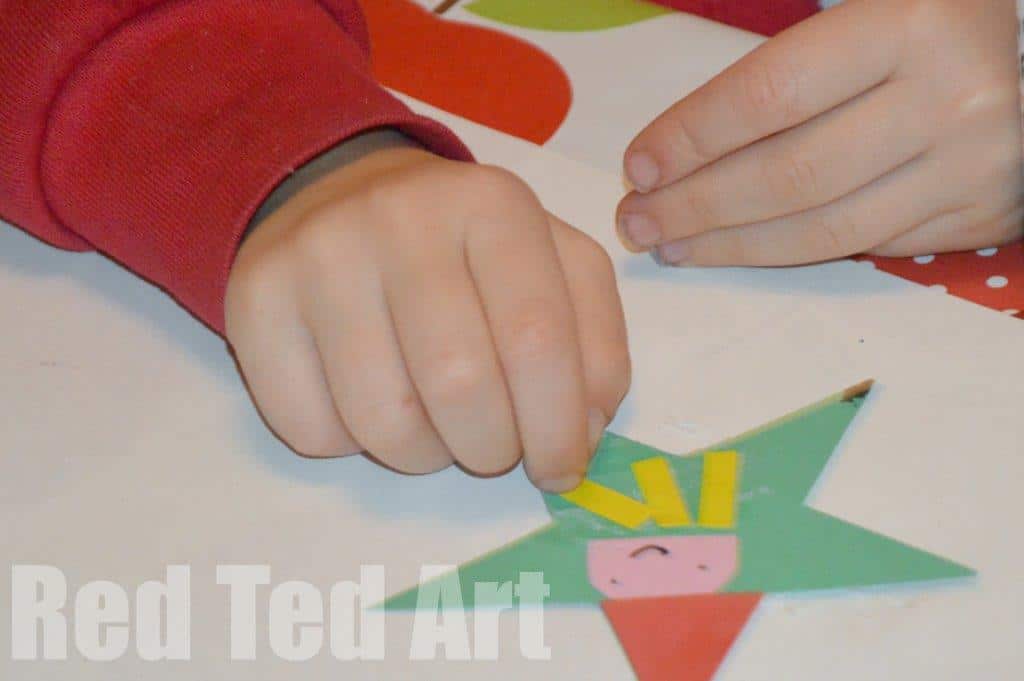 I cut out the shapes for the kids – Red Ted told me what he would need for the elf (a semi circle like Santa for the face, an additional triangle for the hat and stripes for the outfit) 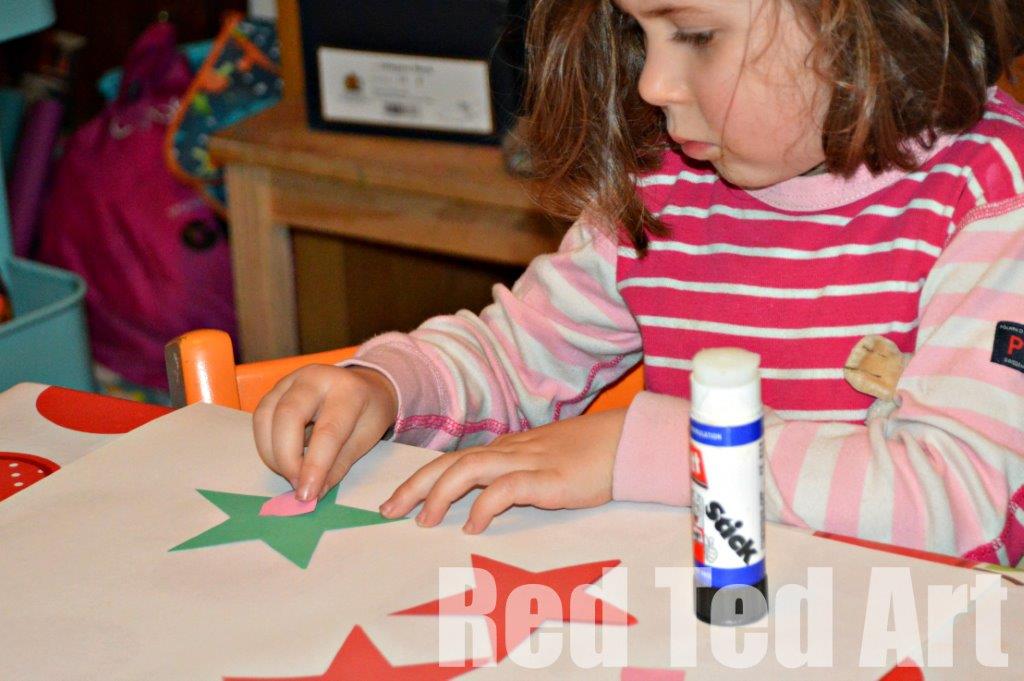 Pip Squeak enjoyed making her first Santas and also joined in with the elf! 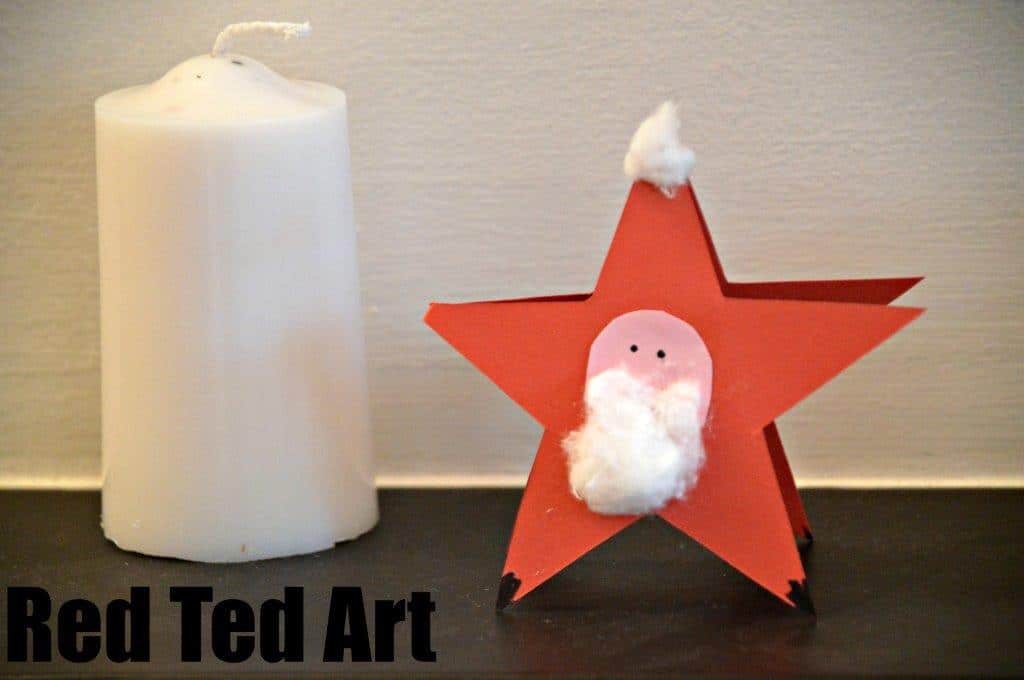 We stuck te top of her card together by accident too (when adding the hat pom pom) but actually it gave the card more stability and you can still write in it! 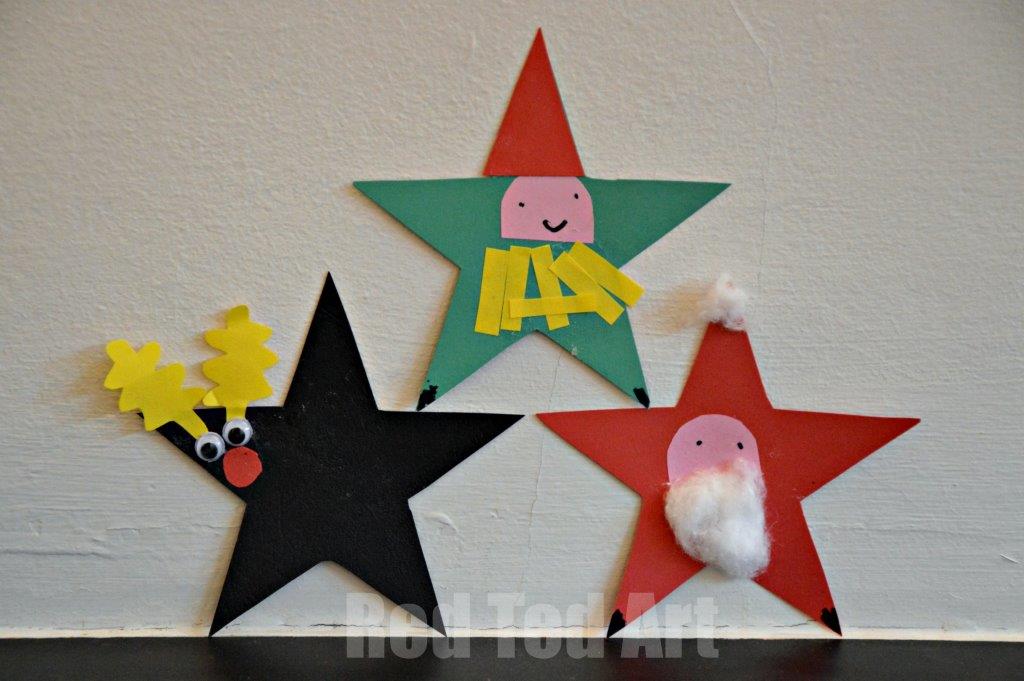 And here are Red Ted’s marvelous creations. Love them! 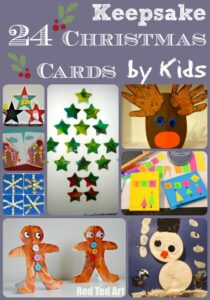