Many of you probably won’t know what The Beano is.. some of you will.. and I believe that is why you are here! In our house we are GREAT Beano Fans! As my son turned 11 (can you believe he is 11 already? I started this blog when he was 2!! Crikey).. we thought a Beano Cake woul dbe in order.. not just any Beano Cake.. if it is a cake from me .. it has to be a layer PINATA Beano Cake (of course!!). Teehee. Anyway. I will share what I did – as per usual, I don’t step by step instructions, as I was too absorbed in making the cake, but hopefully it will still provide you with enough inspiration for your own!!!

I will also run through the bits and pieces that turned our Birthday Party.. not just into a party.. but a Beano Party (btw, did you know that “a Beano” is in fact “a party”.. oh yes it is!). Also check out our Beano Pop Up Birthday card! 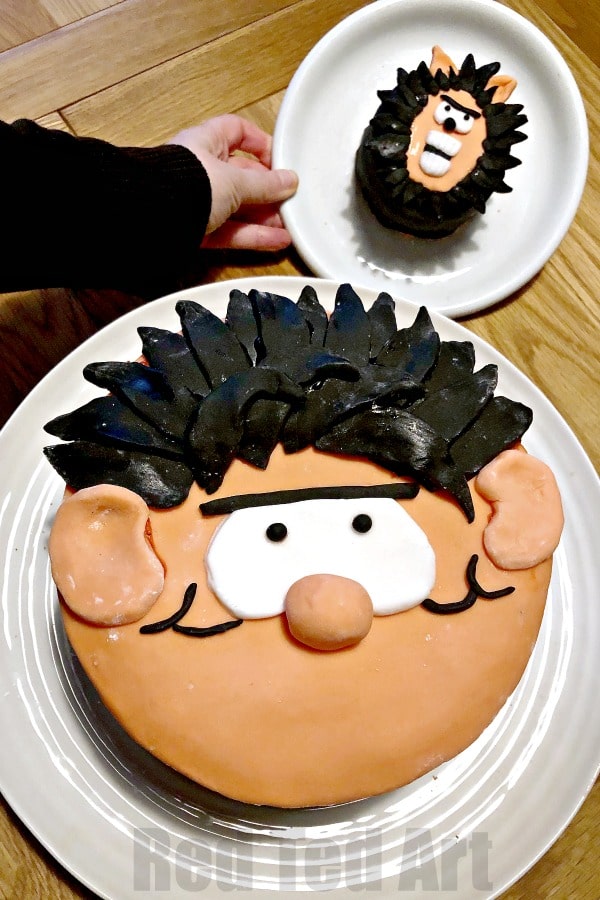 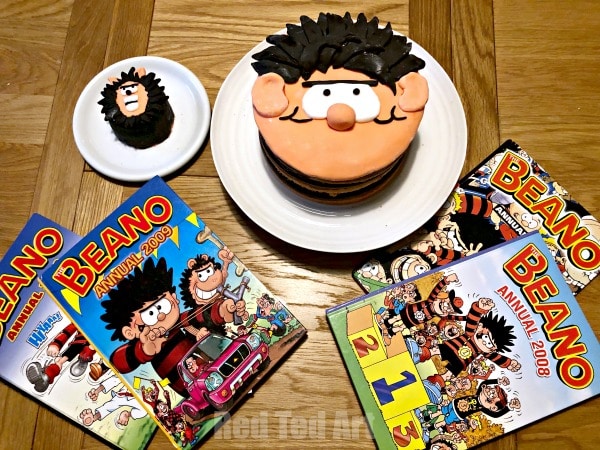 Now some of you probably thought we would make our favourite Comic Strip Party Bags made from the Beano… Oh no!!! That is sacrilege. I am not allowed NEAR the Beano with my scissors and tape! So there were only the usual stripe paper bag sweety bags that we have.. AND the gift?

I ordered a Beano Annual for each child from the year they were born in!!!

The Rest of the Beano Party Ideas 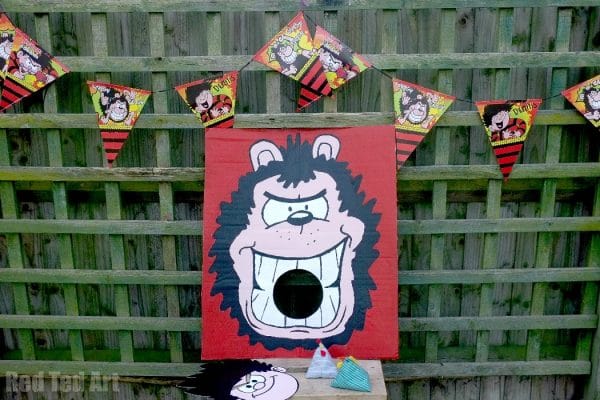 Many moons ago, I made this Gnasher Ball Toss Party Game!! You can find it over on Party Delights! 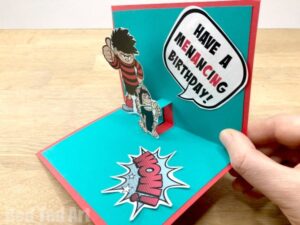 And finally the Beano Pop Up Card I made for him! 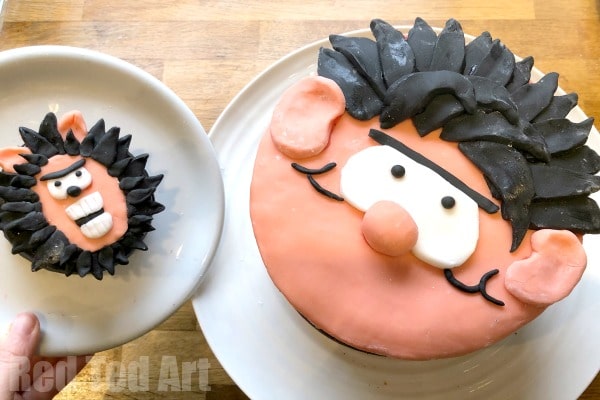 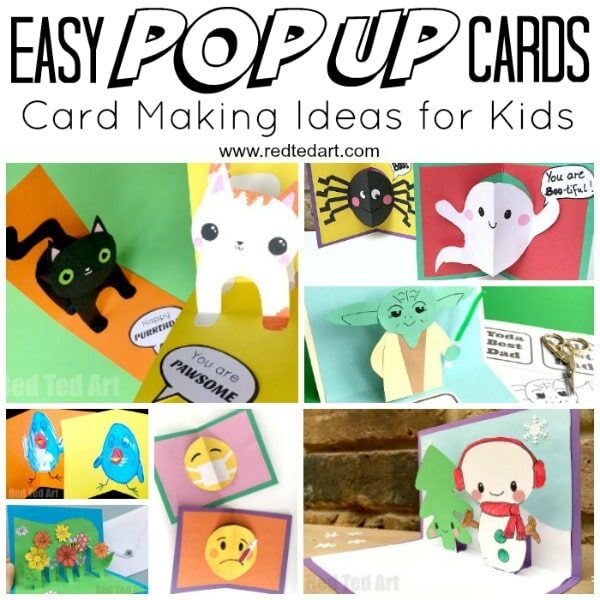