Welcome back to a thrifty and upcycled How To: Make Magazine Beads. Magazine beads are a popular craft amongst children and teens…but in fact they originated in Africa, where people make them for a living. So just because children make them in the “Western World”, don’t “knock them” until you have had a go. They are fun. Easy. Frugal. Colourful and above all provide a bit of much needed upcycling.

I made mine child friendly – i.e. with a nice wide opening so that my children can manage the beading… but you can make them as neat as you like – using a toothpick as a centre. 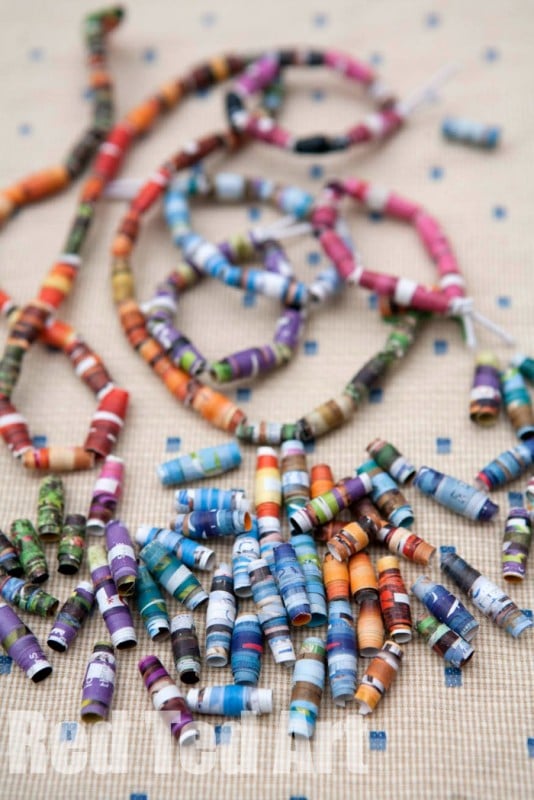 These magazine beads were first published in Jan 2012 (gosh!) and have been updated and republished for you today!!

You can either watch the How To Make Paper Beads Video.. or follow the steps and photos outlined below!

Red Ted (almost 4) wanted to have a go and could ALMOST do it. But not quite. However, he is more than capable of beading!

Materials: Old colourful magazines, scissors, PVA glue, a straw or two (use toothpicks or similar if you want to make more “adult” beads 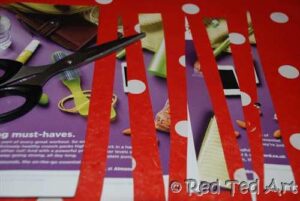 1. Cut long thing triangle shapes. You want the two long sides to be as similar as possible It is the thin edge of the triangle, that give the beads the thickness around the middle, as well as changing colour patterns. I made the lower edge of the triangle about 1-1.5cm wide. This gives you the bead width. We used one of the smaller format magazines and cut across the page. But try out different sizes and see what bead dimension you like. 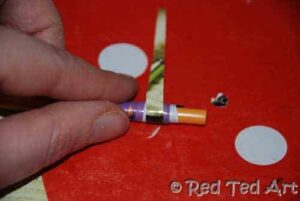 2. Using you straw or a toothpick, wrap the tick end of the magazine around a couple of times, then start adding pva glue to stick it all down nicely. Avoid adding PVA glue to the straw or toothpick, else the bead will stick to this. Having said that, with the straw it doesn’t matter, as you can cut it and leave it inside the bead. This makes it easier if you are working with children.

3. Once the strip is used up, carefully add another layer of PVA, slide off your straw and put them down to dry. I found they were fine on a plate. Try to get them not to touch or  they may stick to each other. 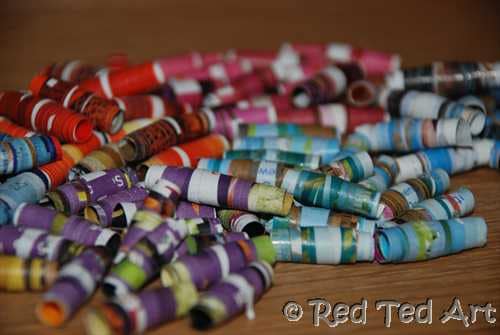 Done! If you like you can paint them, but we LOVE the colours that you get from the magazines. 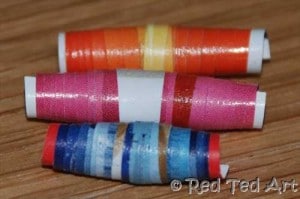 Love the patterns you get. 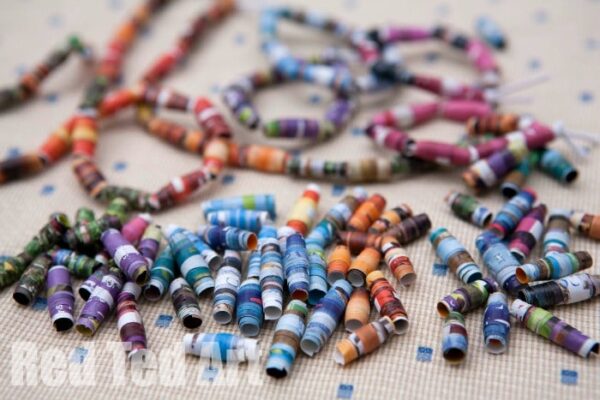 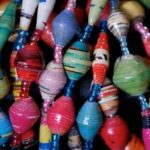 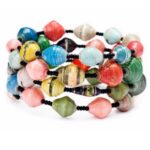 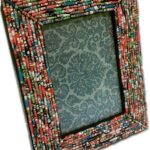 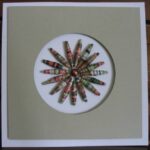 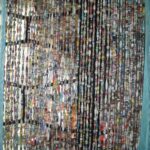 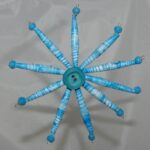 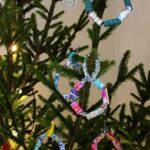 (I love how in the last image – the bead ornament, Sun Hat & Wellie Boots made their beading pre-schooler friendly! Red Ted can look and learn!)

So, what do you think? Will give making magazine beads a go?