You may have already seen our Kodak fun masks a couple of weeks ago – Red Ted and I got printing off Iron Man’s and Captain America’s with his play date. It took us minutes (if not less) to and the boys were thrilled (I am now “Number 1 Most Popular Small Boy Play Date Destination”). The same day, we also made some super duper easy and fun “puppets”, as the boys decided they wanted to put on a puppet show. There is a great range of Printables to explore on the Kodak Avengers Kit – do check them out!

UPDATE: since this post was first written, Kodak has taken the printables down from their site. I still have a copy that I used to make our puppets – you can download them here: Avenger’s Puppet Printables

We made three sets of Puppets in the space of about 10minutes – and the kids then went off to play (I then had a good 30minutes peace). I think these puppets would be a GREAT little activity for a birthday party! Just be sure to write the kid’s names on the popsicles. As Kodak’s Hero 7.1 has such efficient and inexpensive ink cartridges you can print out loads of these without worrying about the cost! 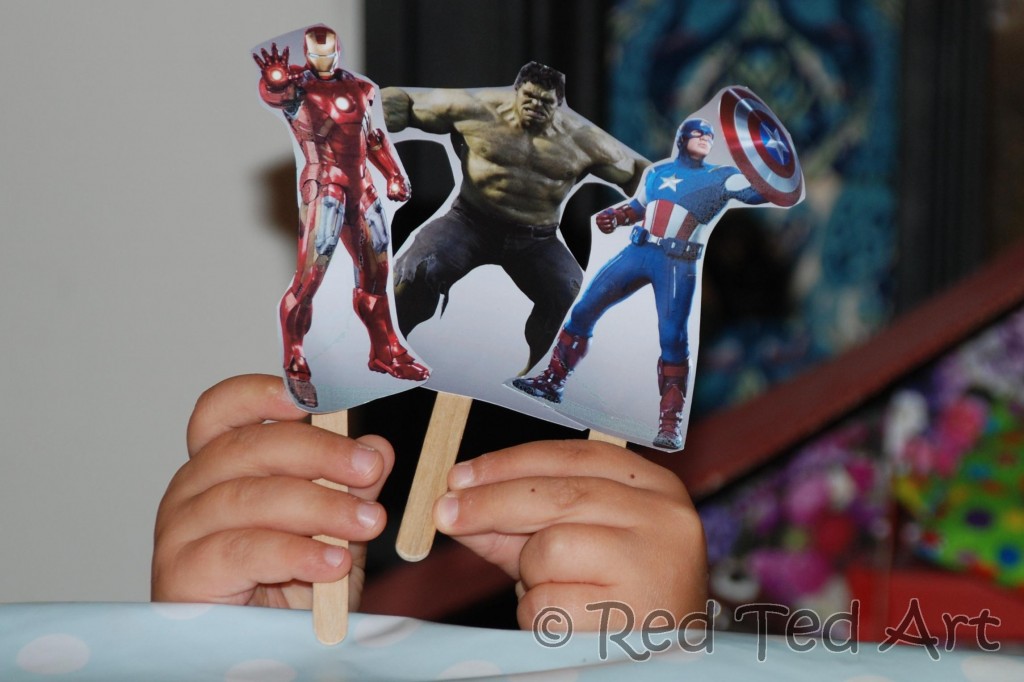 I did this with 4 year olds, who wanted me to cut theirs out. If you are doing this at a party and your kids are “too” young (Red Ted could have managed, I think), then I would pre cut the figures and basically get the kids to glue and write their names. If the kids are say 6yrs+ they should cut their own! 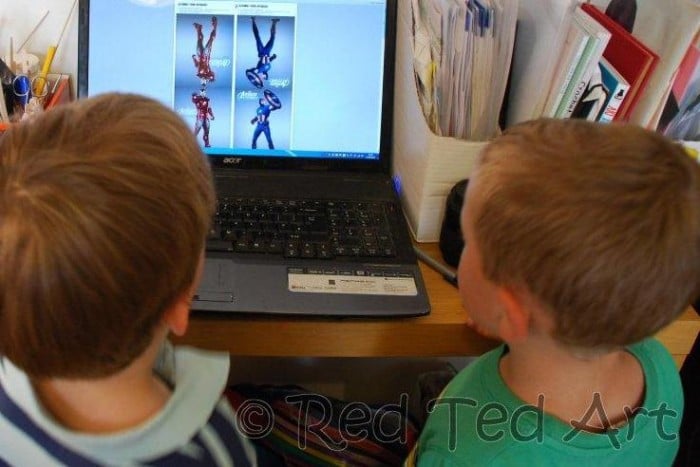 1) Print out the characters you want to make? We focussed on Captain America, Iron Man and The Incredible Hulk. 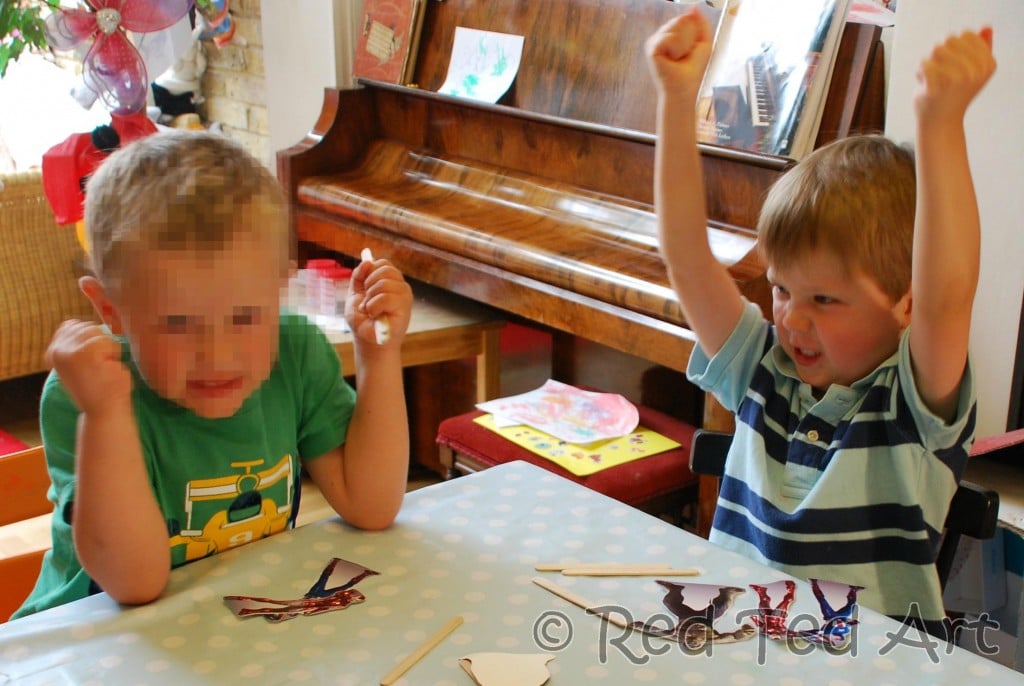 2) Cut them out and pretend to be some superheros. 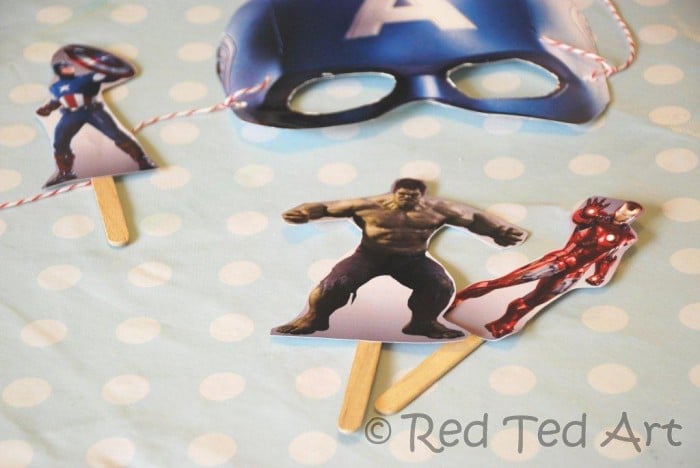 3) Glue them on your stick. 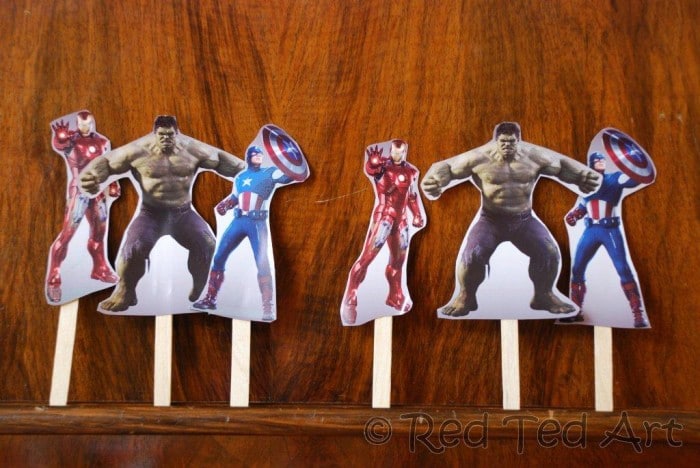 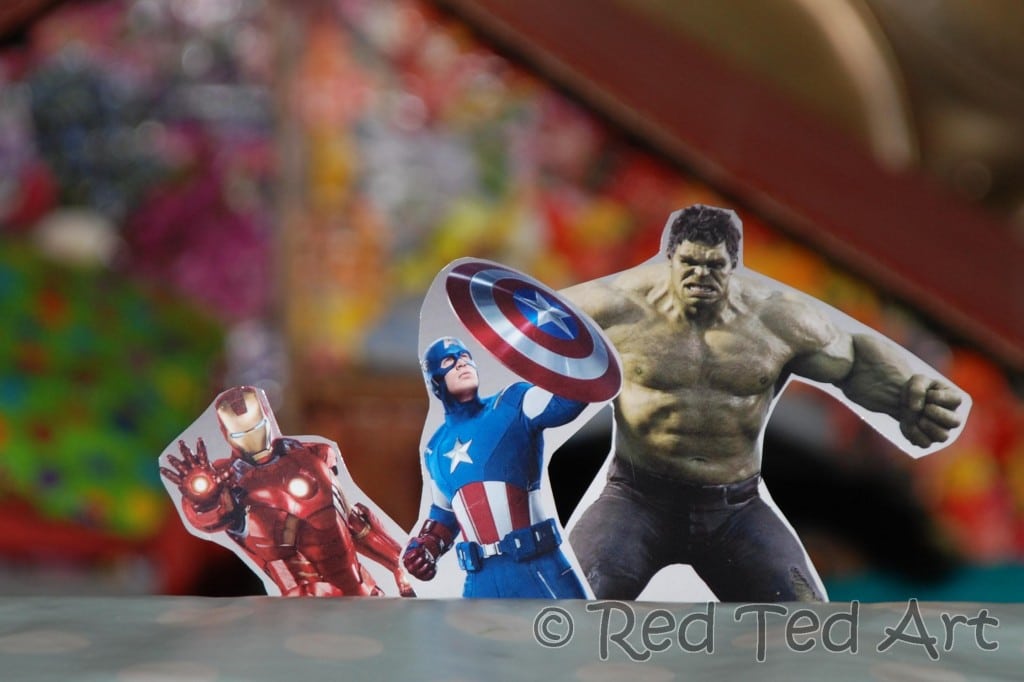 Some very happy boys went home that day! And I love that they had a fun time making up their own stories and playing!

I promise you, this was SUCH a simple craft and the boys loved it SO much. Effort / Happiness ratio = Astronomical.

And if you fancy taking it a step further? Come back in a couple of days and check out this amazing post from Alexander Residence and The Imagination Tree!!

Thanks Kodak for the printables!

I am an ambassador for the BritMums #superherocrafts project, sponsored by Kodak. I was paid for this post.