Sooooo we have been thinking about The Year of The Horse for a couple of weeks now and I was determined to make some sort of Horse Craft with the kids… after much oohing and aaahing, we decided on a sock puppet – we used my hot glue gun to have avoid any sewing… which also meant, that I ended up making most of the Horse Puppet FOR The kids… nevermind, they enjoyed it anyway and we ADORE are little horse… 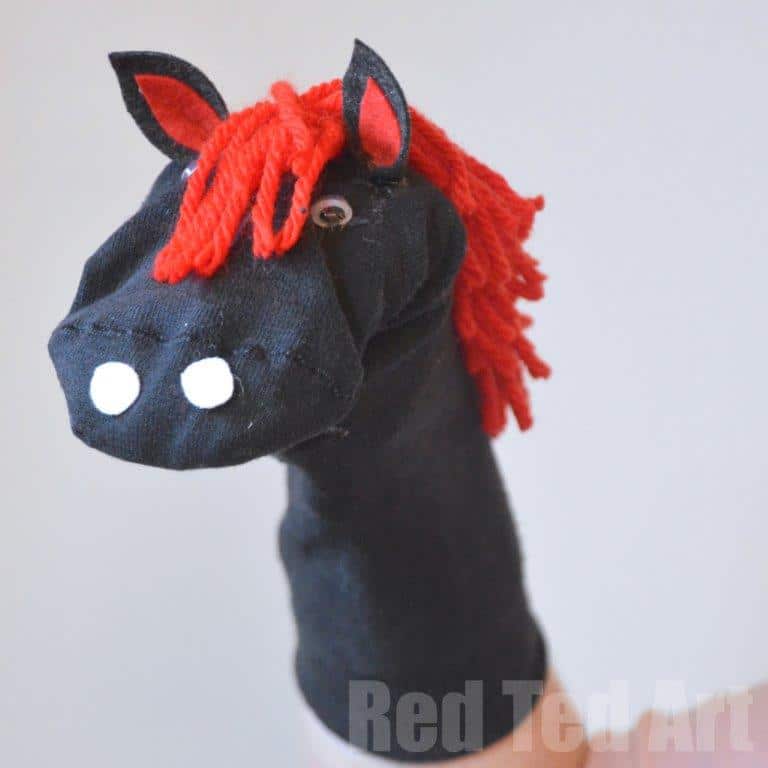 If you don’t have a hot glue gun, you can sew your sock horse (instead of googly eyes use buttons, or stick them on with PVA glue

No Sew Horse Puppet How To 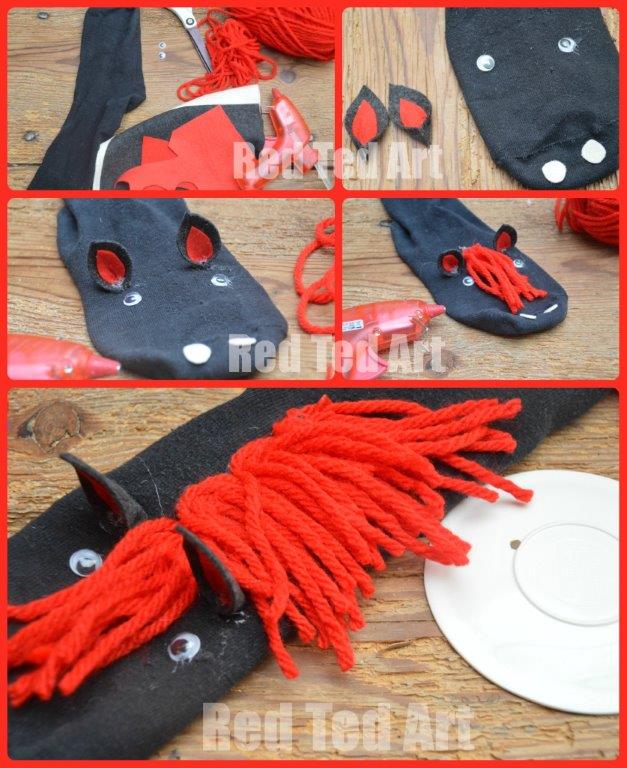