Welcome back to another crafty project from Red Ted Art.. well actually, THIS time our craft is presented to you by Pip Squeak.. at the tender age of 5, she came up with this Pom Pom Fairy craft all on her own. We do love Christmas Ornaments! And though I want to bask in her pom pom fairy creativity glory, I also think this is a great opportunity to talk about the “creative process”.. although Pip Squeak did indeed come up with this pom pom fairy herself (I helped execute it, in that I helped with the tying of knots and making of hair etc), I can “see” where she came up with the idea from.. she basically had 3 crafts in “her head” and combined them to come up with this adorable fairy idea…. 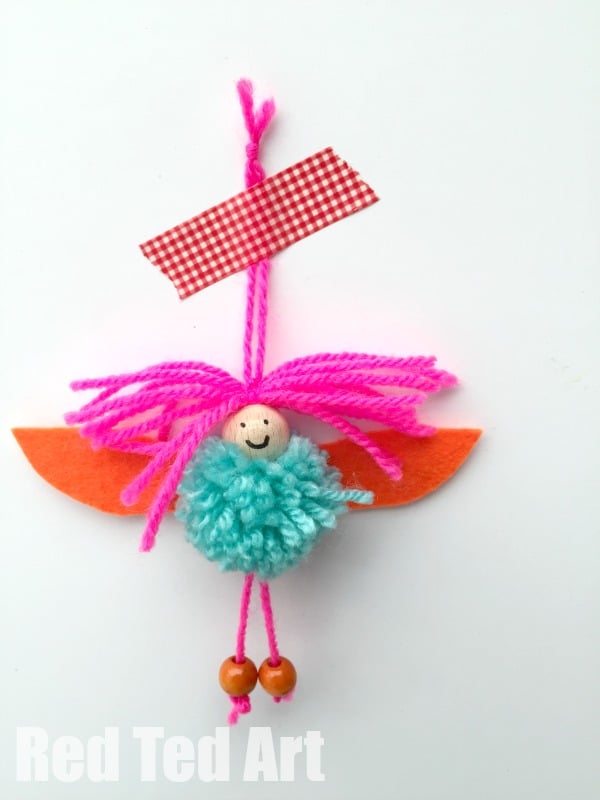 The first craft – was a Pom Pom PEG Fairy, that she saw in a craft book we have – we have NEVER made this peg fairy together before (though I do have a similar Pom Pom Peg Fairy here), but I would say that the dolly peg element of this craft is fiddly and difficult for younger kids.

Secondly, we have made a NUMBER of Pipecleaner People before – this is clearly where she got the “idea for the head” from and how to attach the head, broadly speakig.

And finally we made some Pom Pom Birds recently – with beady dangly legs (I didn’t have time to blog about them recently) and I believe this where the Pom Pom Fairies legs where inspired from.

My initial reaction to her design and creation was “oh my goodness, WOW, you are so clever”… and then when I thought about it and dug deeper it “made” sense. Having said that, I do love how she, even at a young age, was able to bring so many ideas together! 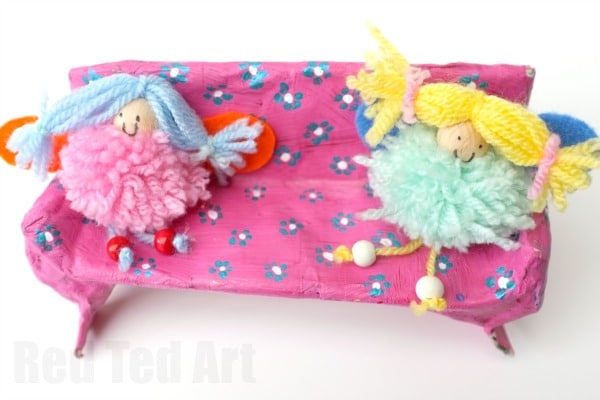 And here is how to make the Pom Pom Fairies:

We have these Pom Pom Makers (affiliate links) 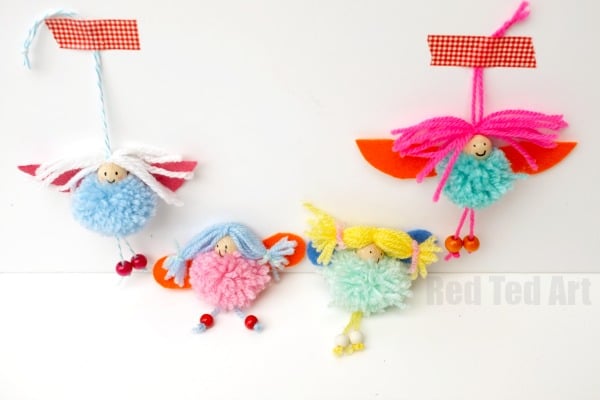 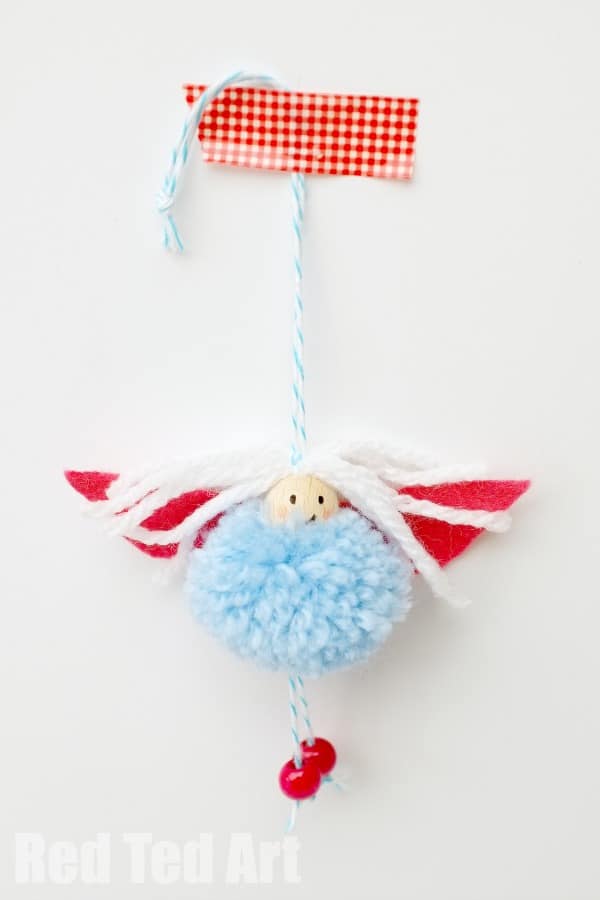 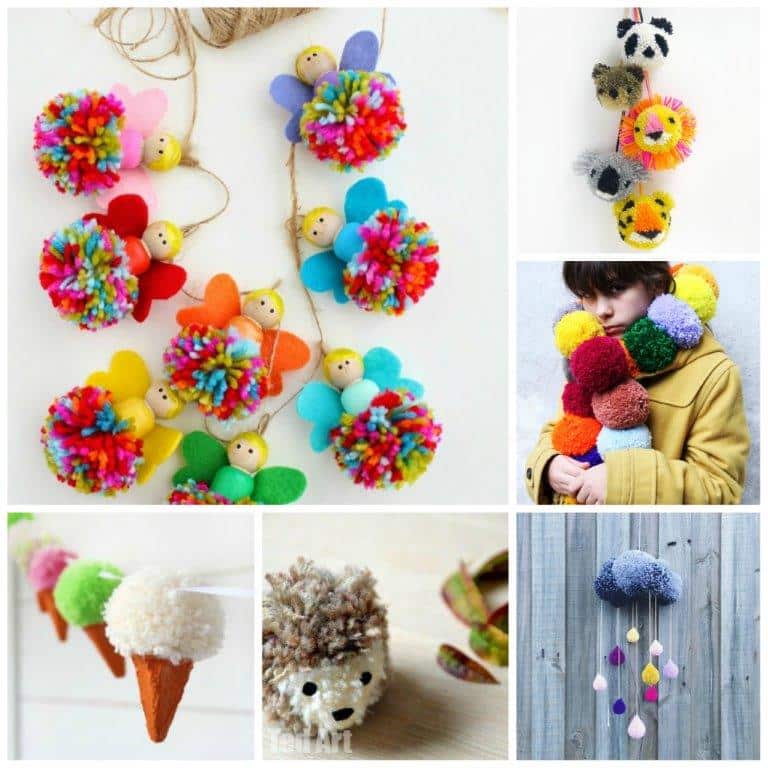