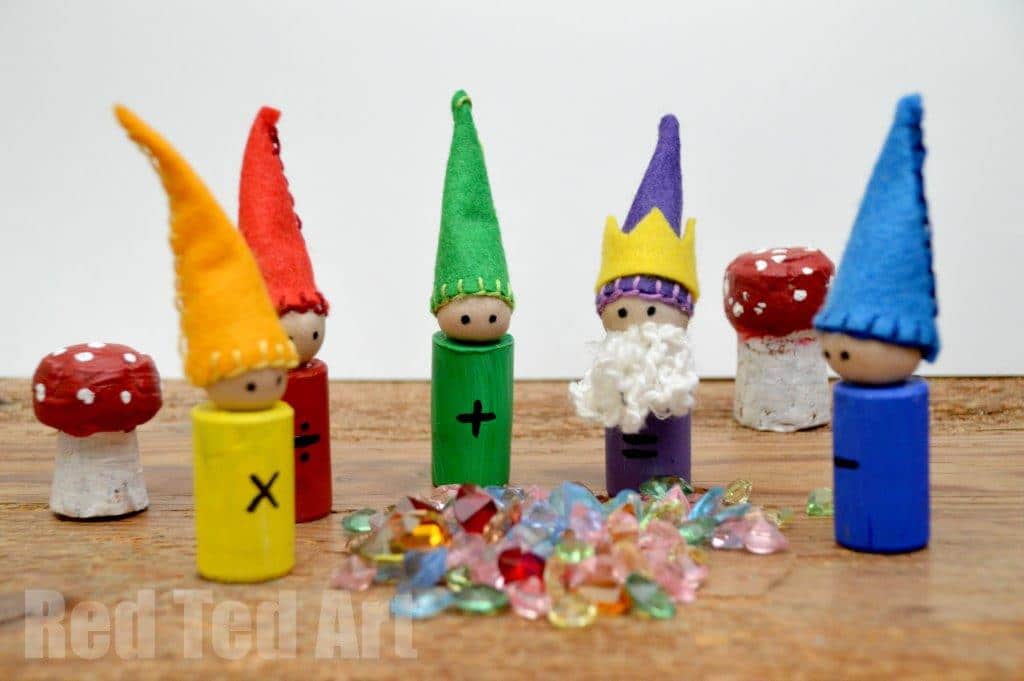 I heard about Waldorf Math Gnomes many moons ago and it something that I have wanted to make for a while. I didn’t want to have to buy “special” wooden pegs – I love NOT using “special” supplies when crafting, so was thinking about how I could make these Waldorf Math Gnomes using ordinary materials.. finally, I came up with an idea – corks and “traditional” heads made from old stockings/ tights. We shared these heads a while back with our Angel Craft and Pinecone Fairies and these Waldorf Gnomes are a great opportunity to make them again.

I also wanted to make, flowing outfits… but than discovered that I literally only had scarps of yellow felt. So this became a great exercise in “making do” with what I had..

I am going to write a separate post on the story of the characters of each of the Waldorf Math Gnomes,  as well as some suggestions of how to use  (else this post will get VERY long!!), but have touched on them below.

How to make Waldorf Math Gnomes 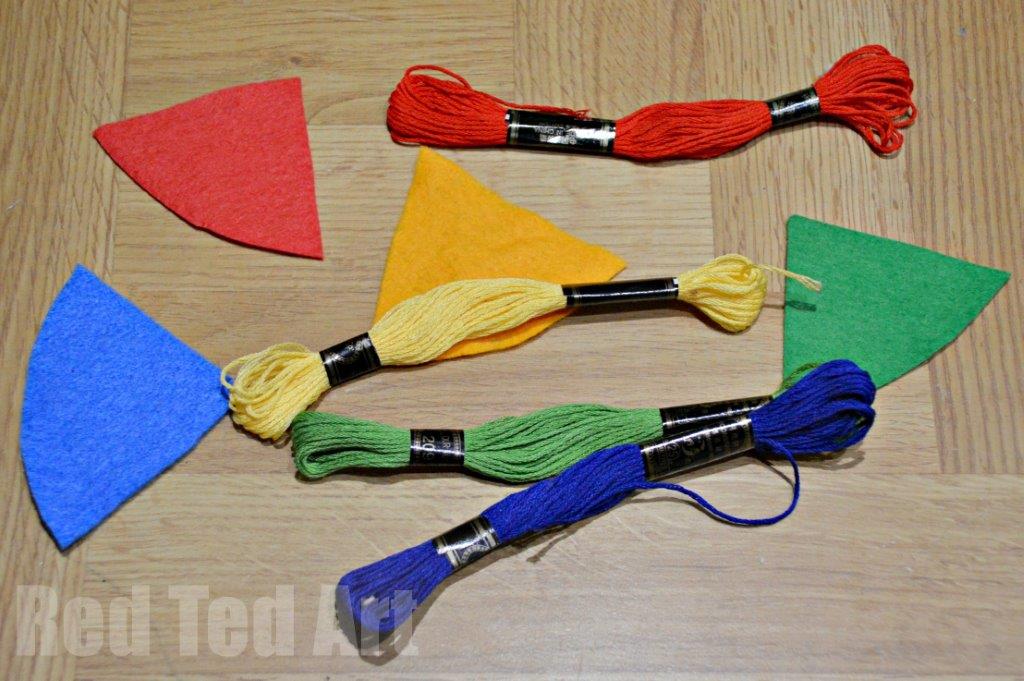 1) I Started off with the Waldorf Math Gnomes hats – I used a quarter of a circle per hat (the purple is missing here). As mentioned above, I ran out yellow and literally scrape together enough for a hat! 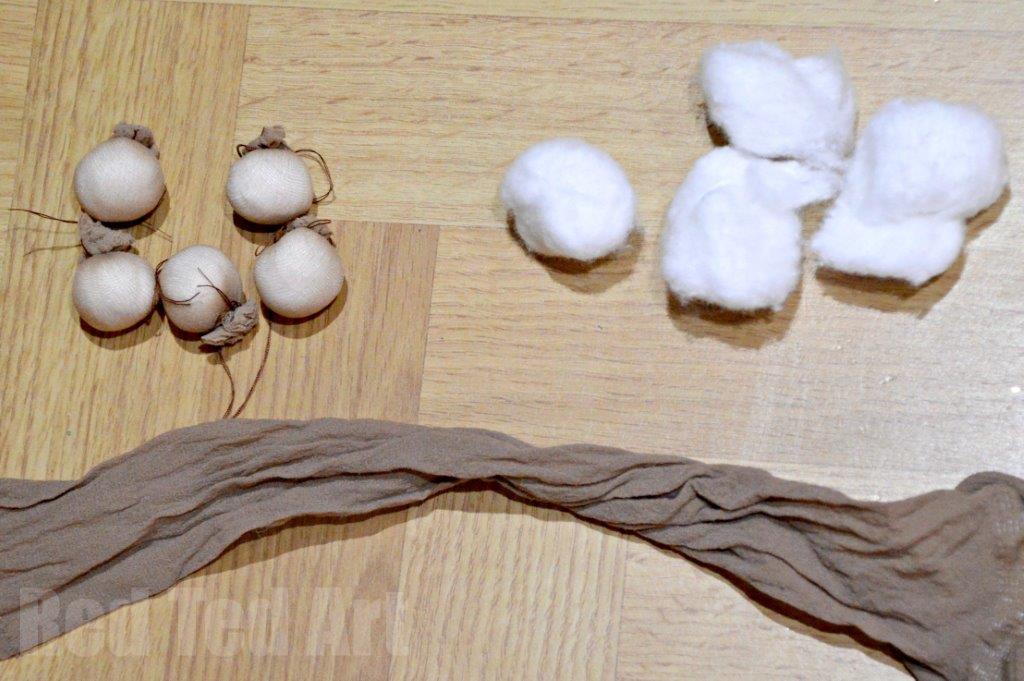 2) I then made 5 heads – using a little piece of cotton wool inside 2 layers of stockings and tied tightly with some cotton. You could of course use wooden beads, but I worry, that won’t stick so well to the cork……. 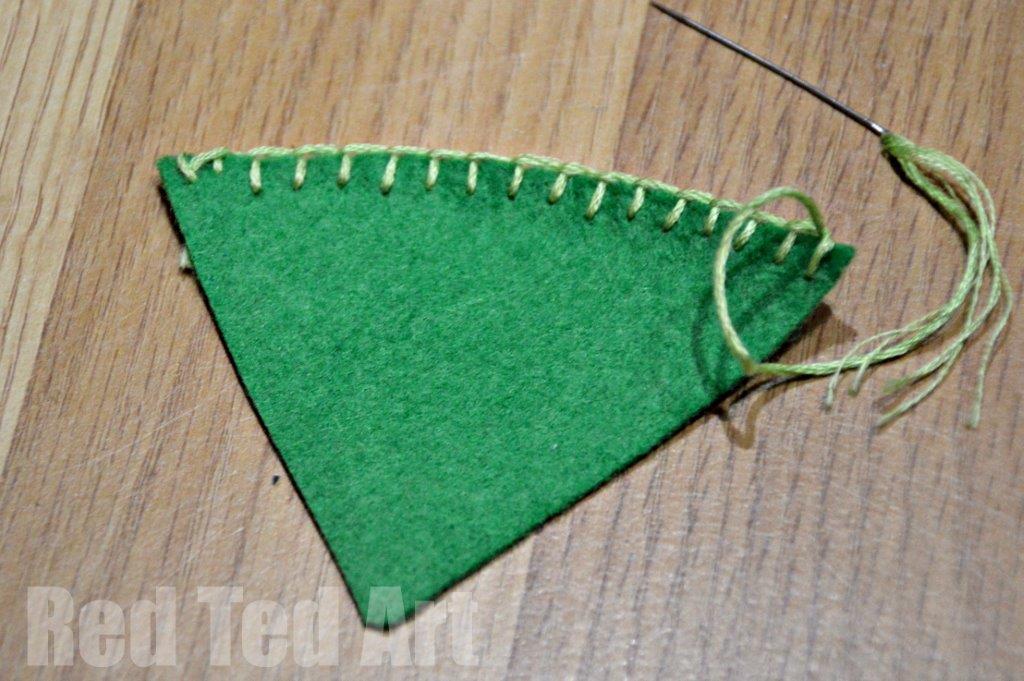 2) I used a blanket stitch across the curved side of the hat. 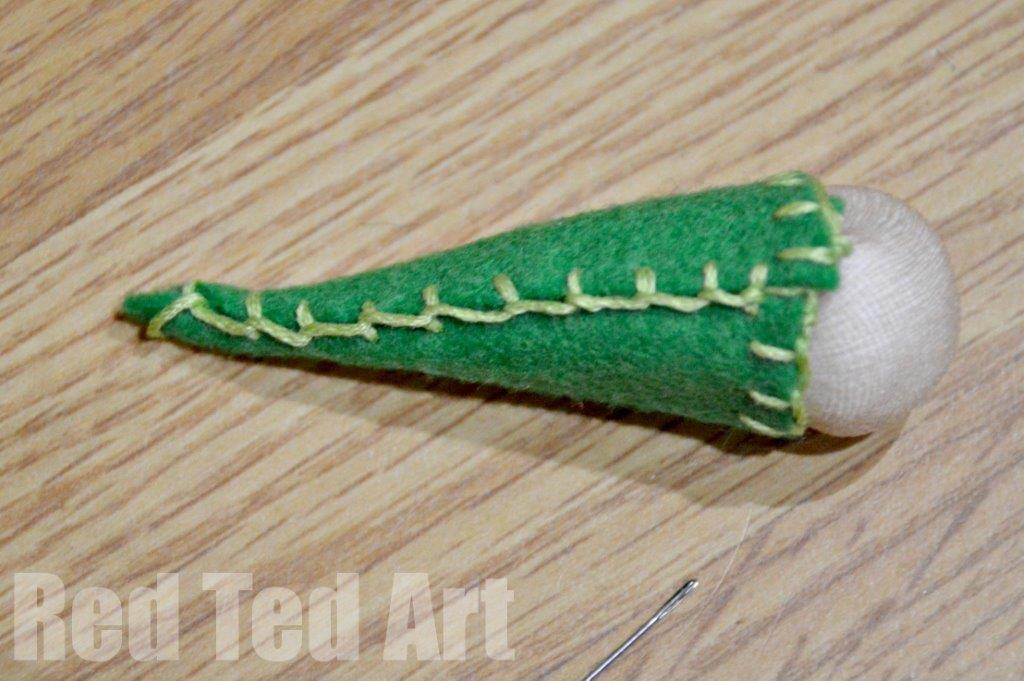 3) Then folded the hat together, and fitted it to the little head. And then did a blanket stitch down the side of this. I glued the hats onto the head – with the “messy part” of the head tucked up inside the hat. You can sew the hat on instead, but I found it distorted the head shape a little. 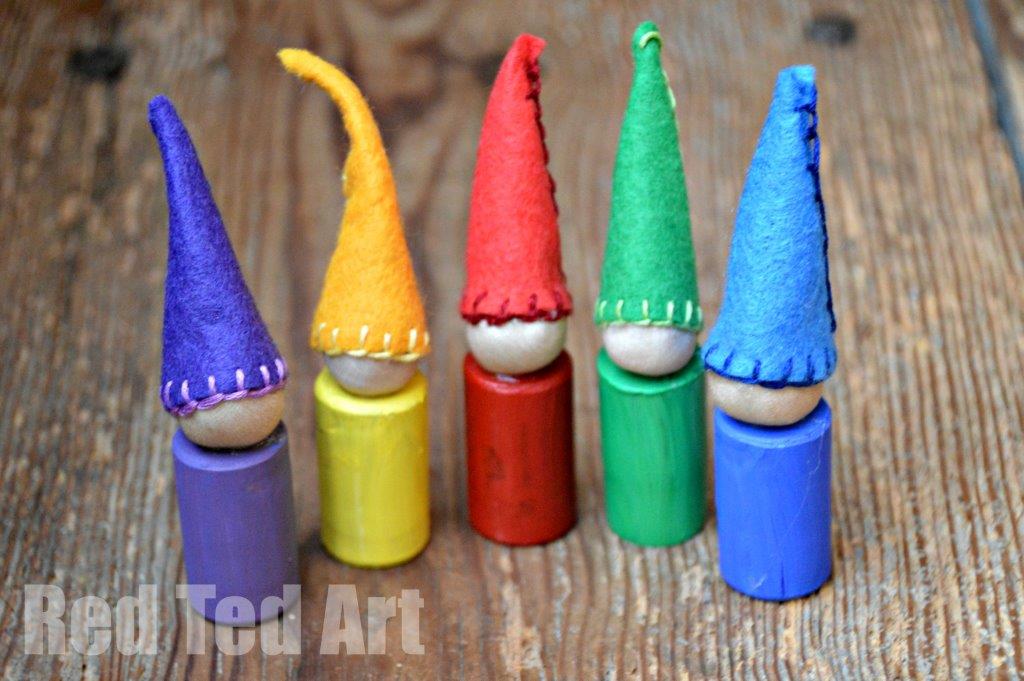 4) Once you have all your 5 gnomes ready, you can hot glue gun them onto their cork pedestals. Don’t they look ADORABLE? You could leave them as they are now and do nothing more.. and just play with them as little Waldorf Rainbow Gnomes.. or you can carry on… 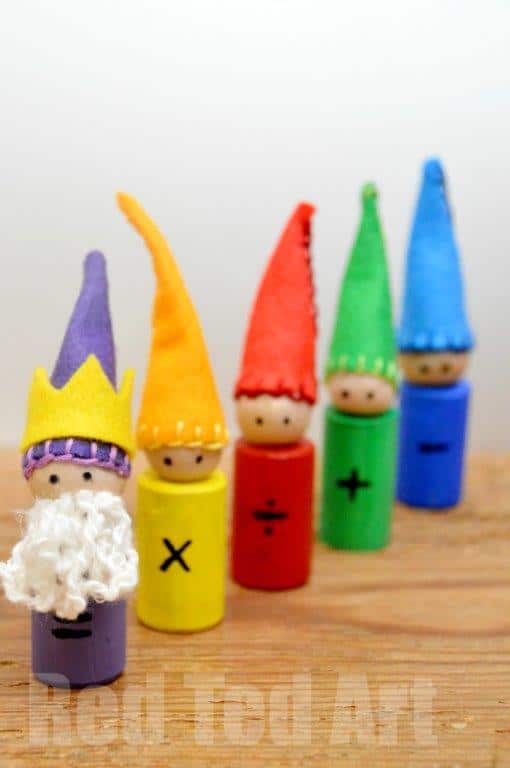 5) I added a little yellow crown to the purple gnome who is traditionally the “King”. The king is all about equality. I also got a little bit of wool, wrapped it around my finger to bunch it up and glued that on too. You could use cotton wool instead or some white felt.

I used black paint for the eyes (a felt tip COULD run).

And added details to make:

The firey yellow: Times Multiply Gnome, known as “Times” – she is very fast and everywhere.

The greedy green: Plus Addition Gnome, known as “Plus” who always likes to have more and more.

The kind red: “Divided By” Gnome – who loves to share and figure things out.

and finally the sad blue: Minus Subtraction Gnome, known as Minus… he is always loosing things and giving away his gems! 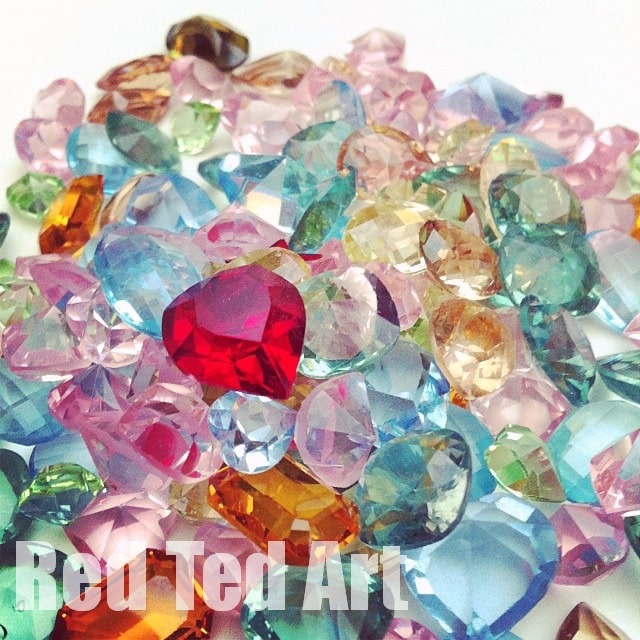 We had these “gems” as table decorations at our wedding. So pleased to be using them now..

And done. I introduce the Waldorf Math Gnomes to the children. They were VERY excited. Especially, when I told them about the gems… and how the gnomes LOVE gems and love counting (their special role is to help count everything in nature and making sure that everything is “just right”). I told them all their names and we had a little go at counting and adding… and sharing: 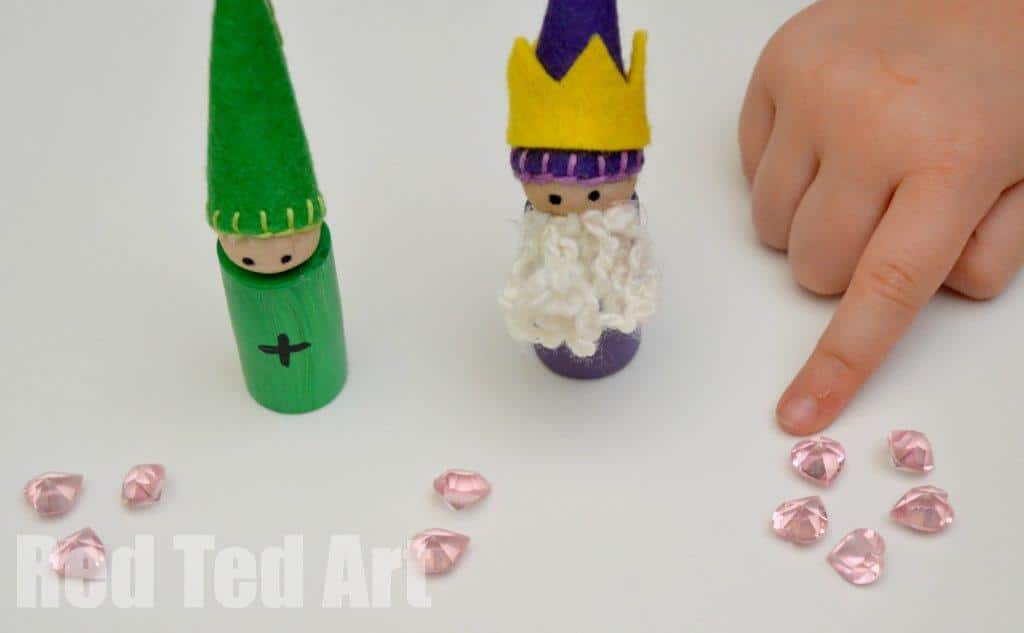 This was just our first go at play… but I will get them to write down the sums to go with these activities too. 3 + 2 = 5 etc. 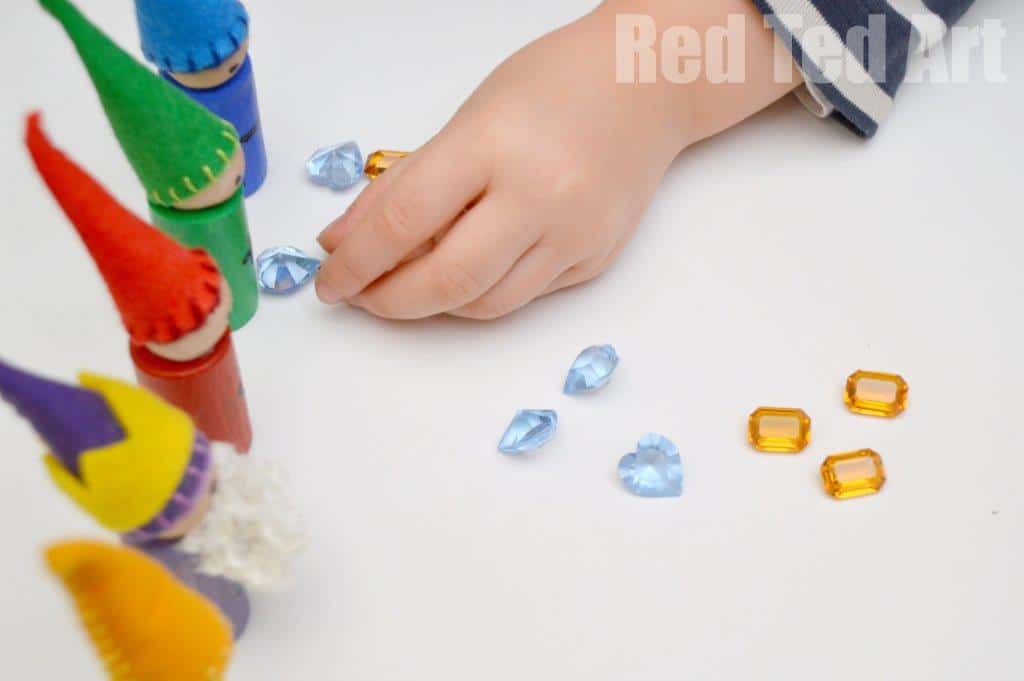 I love how Pip Squeak got 5 gems, 5 dwarfs.. how many each? ONE! And then I said, what if we had 10 Gems and 5 gnomes, she actually said TWO! A(looking at the pile in front of her). And she is only just turned 4… wow. Gotta love these Waldorf Maths Gnomes. Making maths simple, visual and fun!