Ok, you had better not look. If you look… and if you think of making a Rag Doll (from Martha Stewart, a Guest Post by Emily from Black Apple) you will become addicted and NEVER STOP!

Here is my THIRD doll, for a fellow bloggy friend Angelique. She fell in love with the one I Rag Doll I made for Pip Squeak, so I promised one for her too! She asked for Pink hair.. and here you have her disco diva!! 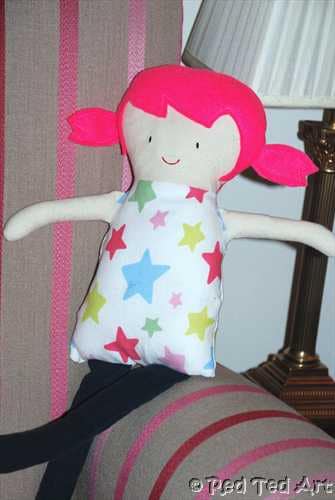 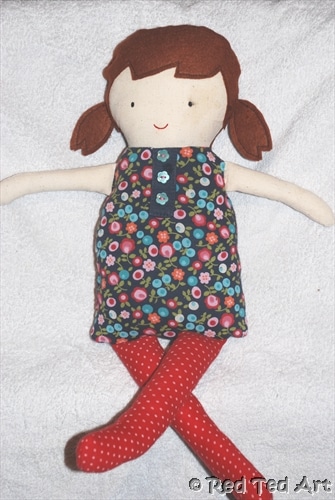 1) The arms don’t have a seam allowance, so mark them out and sew them before cutting them out.

2) I added little pig tails – two pieces of felt sewing together and then added the same way the arms and legs are added – I saw some other dolls around with them and wanted them for my doll too!

3) I used a little top my little girl used to wear between 3-6months (aaah). The 3 buttons were already on it.I had to hand sew that bit, as the buttons wouldn’t “go under the needle on the machine”. I guess I could have taken the button off and sewn back on later.. either way it didn’t take long. The dolls “tights” are one of Pip Squeak’s babygrows (onesies)!

4) Instead of leaving the opening for turning inside out on the head, I left it on the side of the body. I thought it was neater that way.

Here is the very first Rag Doll I made: 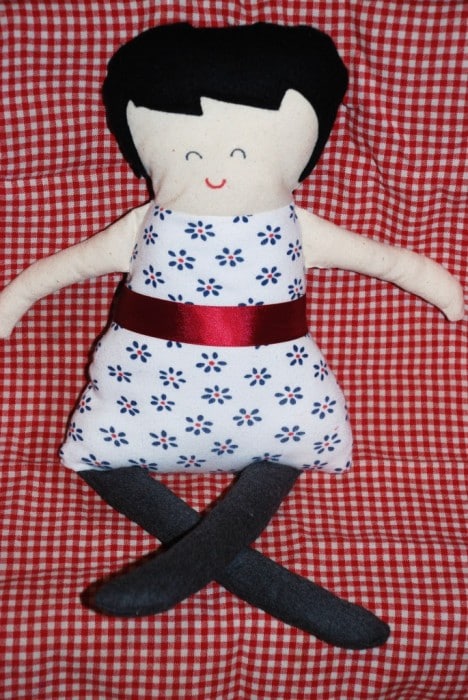 Black Apple Rag Dolls rock! Go on.. make your own!!