We have all our TOP TIPS for winning in our Decorating Resource page, this post is just for browsing! Red Ted (11) after much ooh-ing and aah-ing decided to go with a “Climate Change March” theme.. or should I say Clim-egg Change March. It is a very topical subject, especially for this age group and up, making it a great theme for KS2 or Middle School. 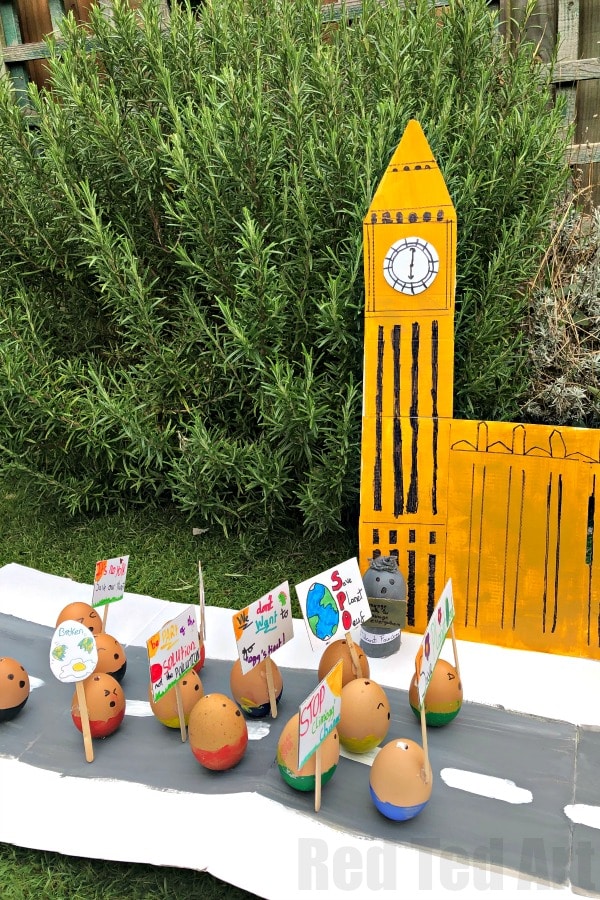 Red Ted’s sister, Pip Squeak (9), decided to go for a “Great Scientists” and “Thinking Outside the Box” design.

We made an effort to recycle all our materials for this craft, as after all the topic is climate change and the environment. Apart from paints, glue and some craft sticks, this craft is 100% recycled. We used: 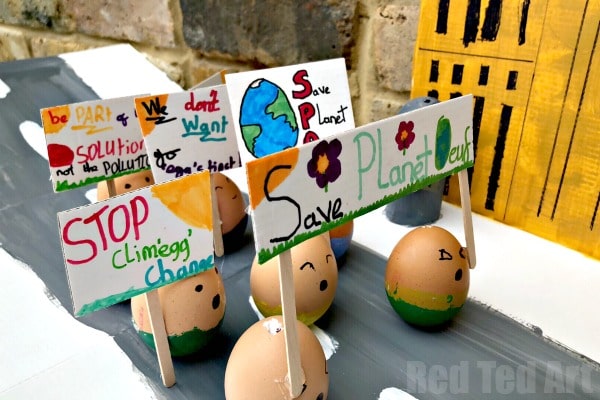 How we made our Climate Change March inspired Egg Decorating entry

This is the process we followed. Apologies, that we don’t have ALL the step photos… but we simply had fun creating this egg decorating competition entry! 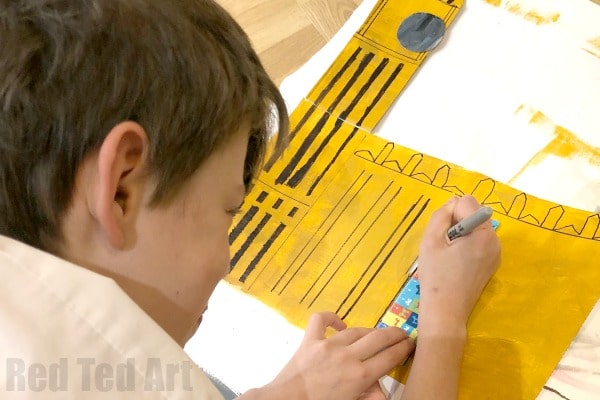 First, I helped Red Ted cut out a British Parliament shaped piece of cardboard – it is a simple shape – a bit like a church. He painted it a mustard yellow. Once dried, we looked online to see some of the Parliament’s details, which he added in black sharpie. 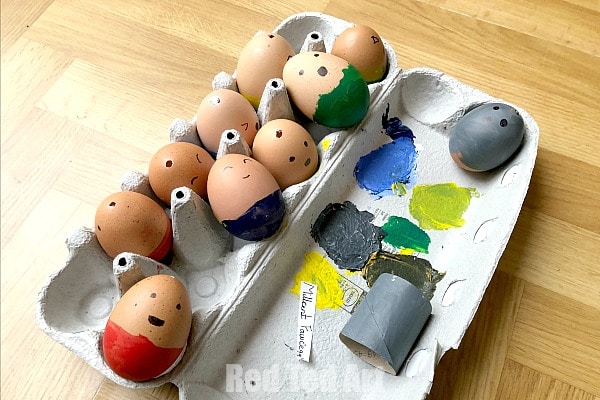 Whilst Big Pen was drying (before we added the sharpie), Red Ted painted the “bottoms of each egg” a different colour. He also painted a toilet paper roll and an egg grey for the Millicent Fawcett statue. There are of course MANY statues on Parliament Square in London.. However, as a suffragette,  Millicent Fawcett seemed like an important one to include in this Climate Change March. Surely she is an inspiration for many generations. We decided to call her Millicent Fawc-Egg and gave her the”Courage Calls to Courage Everwhere” sign. Once the bodies where dried, Red Ted added simple faces with a sharpie. 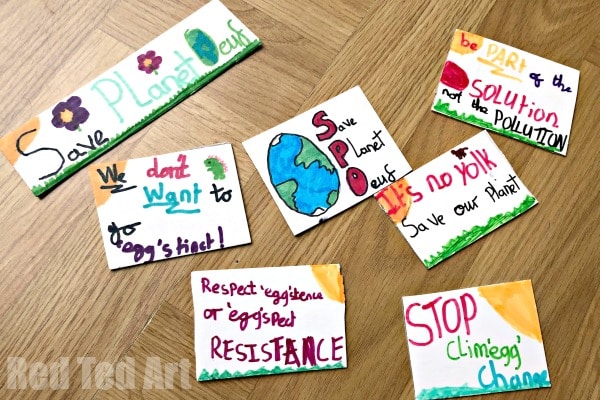 Next Red Ted flexed his creative muscles whilst writing is Clim-Egg Change plackards. Lots of opportunities for puns of course!! We have “It’s no yolk, save our planet” and “Stop Clim-Egg Change” etc. These were super fun to make! 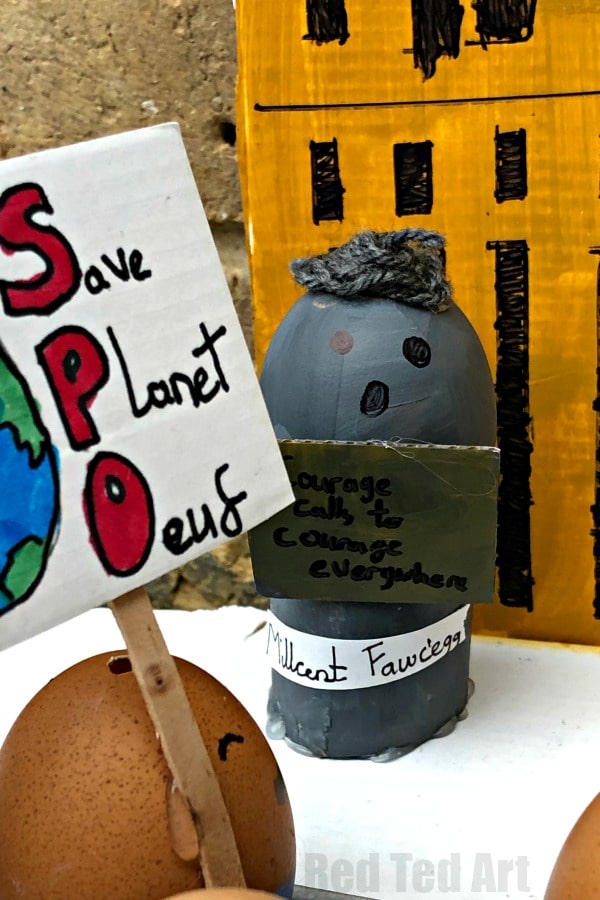 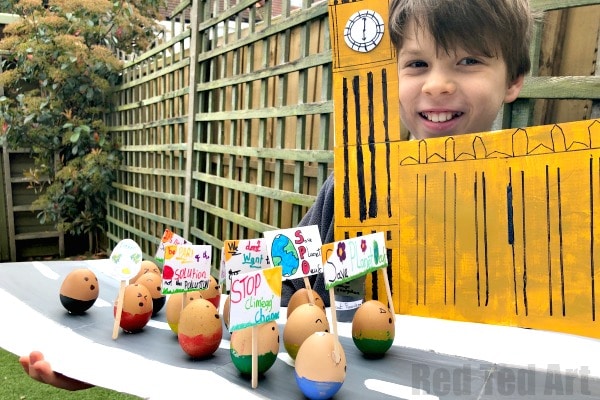 And we hot glued all the eggs and climate change plackards in place! At the end he added the “Clim-Egg Change March” title to the road (not visible in this pictured). And finished!!!

This was a great project to work on!