The Animal Handprint A-Z continues with our Hanprint B is for Bee!!

A super fun project to explore the alphabet and a lovely little Bee craft for preschoolers. So cute! We particularly enjoyed the “free” painting session at the end. 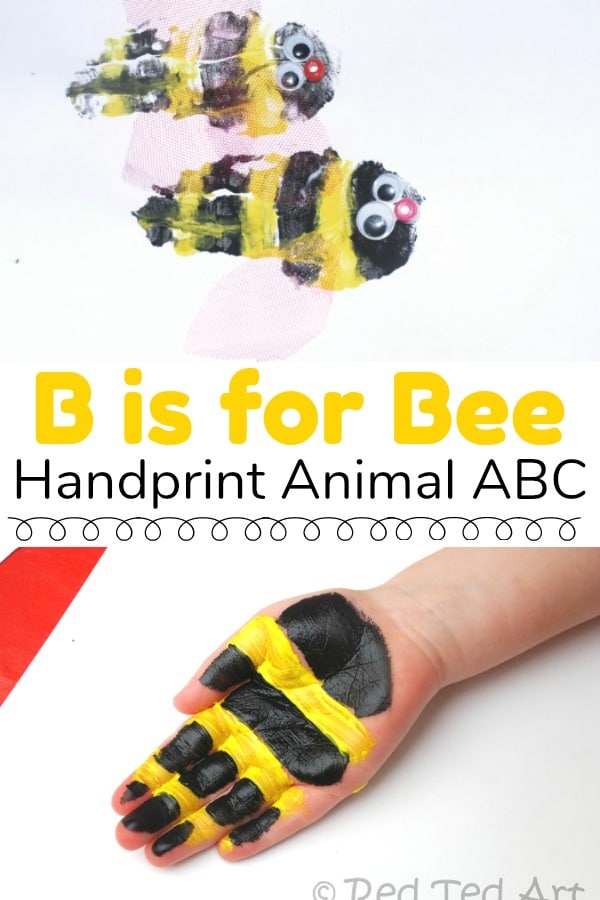 This Handprint Bee was first created in April 2012 and has been updated and republished for your convenience!

Well.. we are back with our Handprint Alphabet – we got crafty and had a go at a “B” letter.. there is the classic Butterfly (to which Red Ted shouted “No”), there are Boats (tempted to use that as S for Ship), Books and all sorts.. but when I suggested “Bee”, Red Ted said “yes Mummy, let’s do a B, it goes like this” – showing me a butterfly. I told him that that was a butterfly, would he like to do that instead? No. (UPDATE: see how complete Animal Handprint Alphabet too!)

What I really like about our Bees, is that I had a very differetn bee in mind  – you know – one seen from the side, with the wings on the top and only one eye visible… well, the children wanted both eyes and a nose! And Red Ted said – you need a wing on both sides! Pip Squeak said “no wings, Mummy, it isn’t a BIRD!”. I actually think her bees are little men and should be viewed perpendicular!!!!

How to make your Handprint Bees 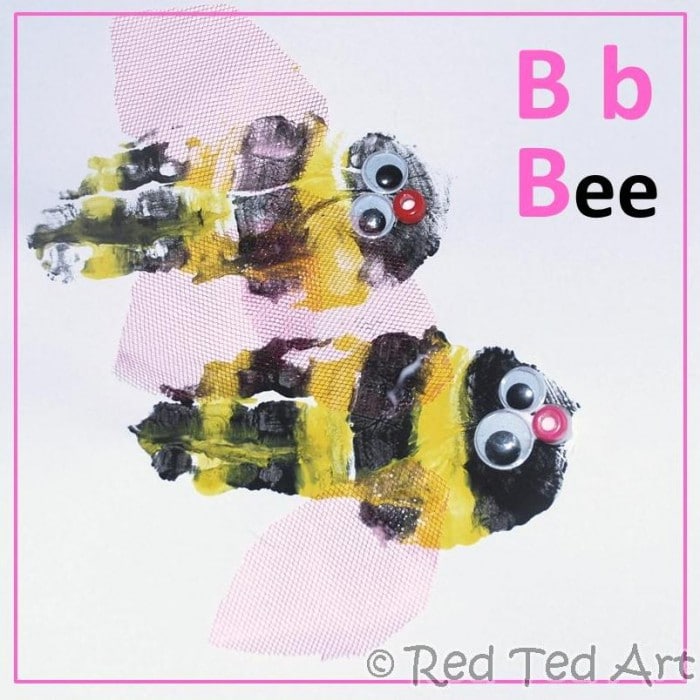 The wings are made from some tulle, left over from our no sew tutus. 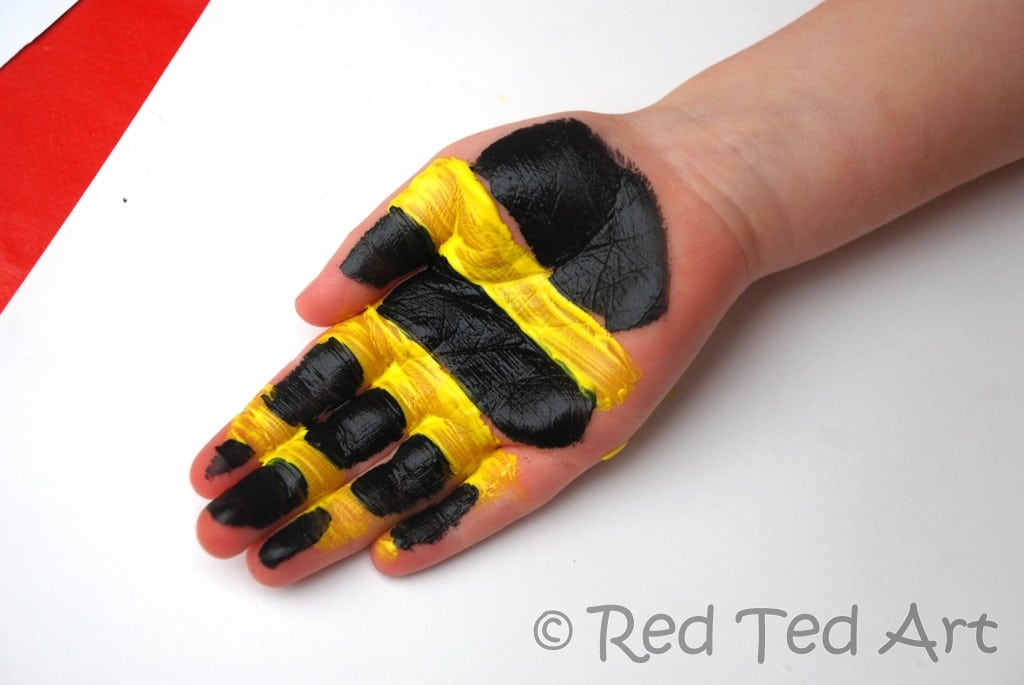 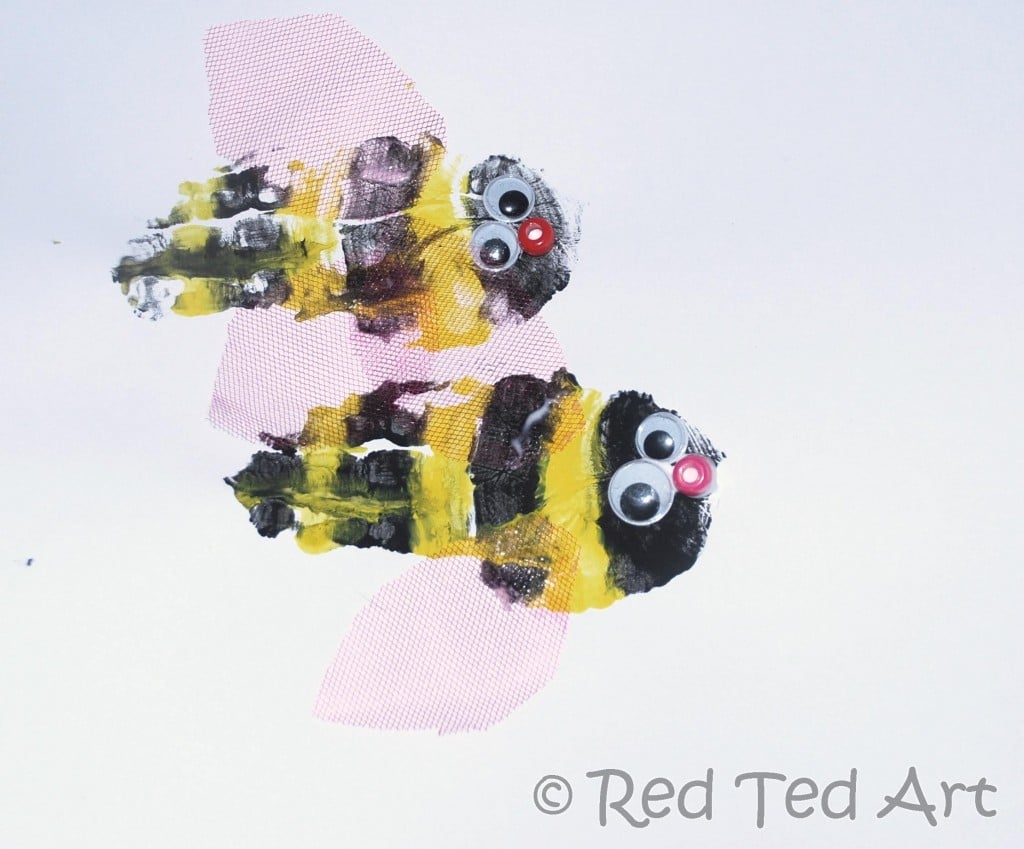 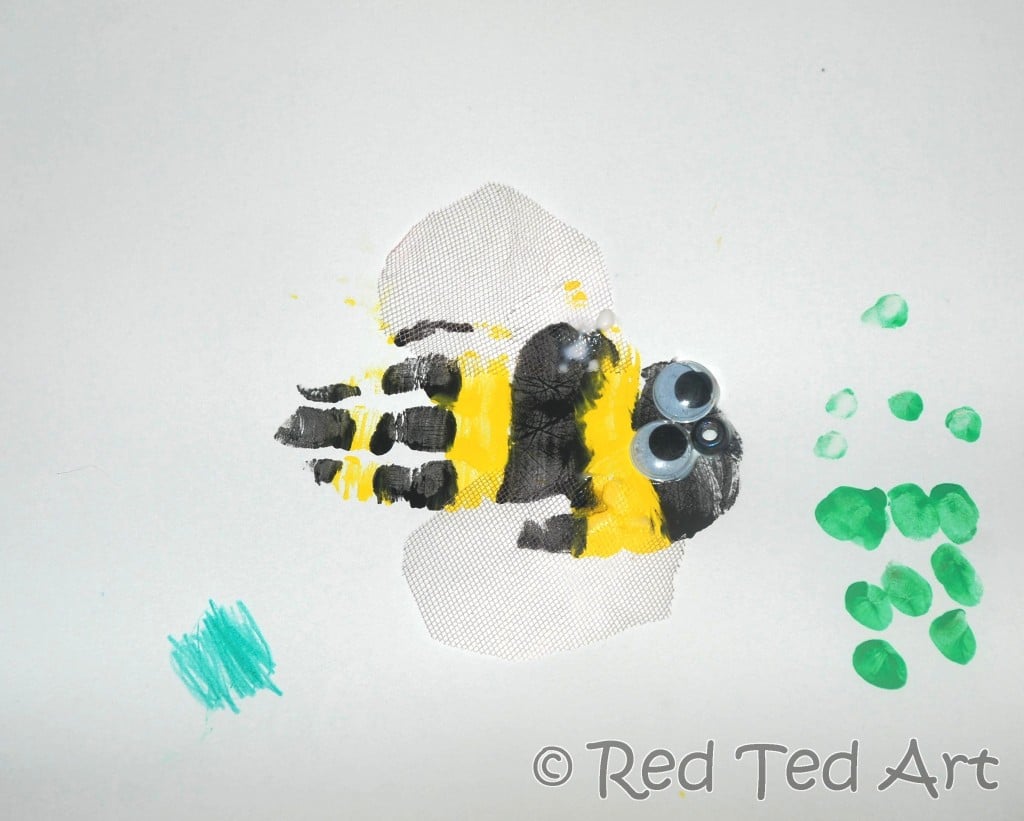 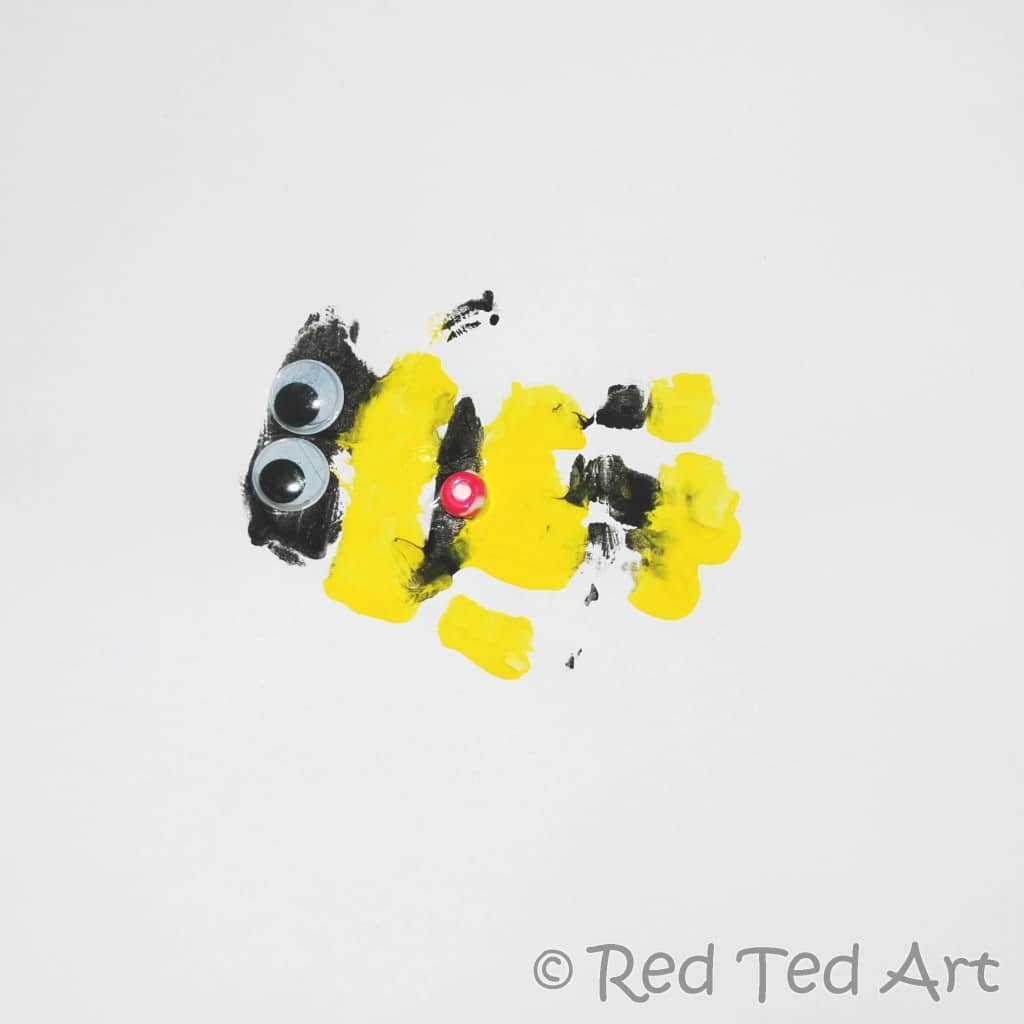 Pip Squeak’s handprint bee.. yep.. that bead is a nose! Which makes me think we should turn the picture by 90 degrees. 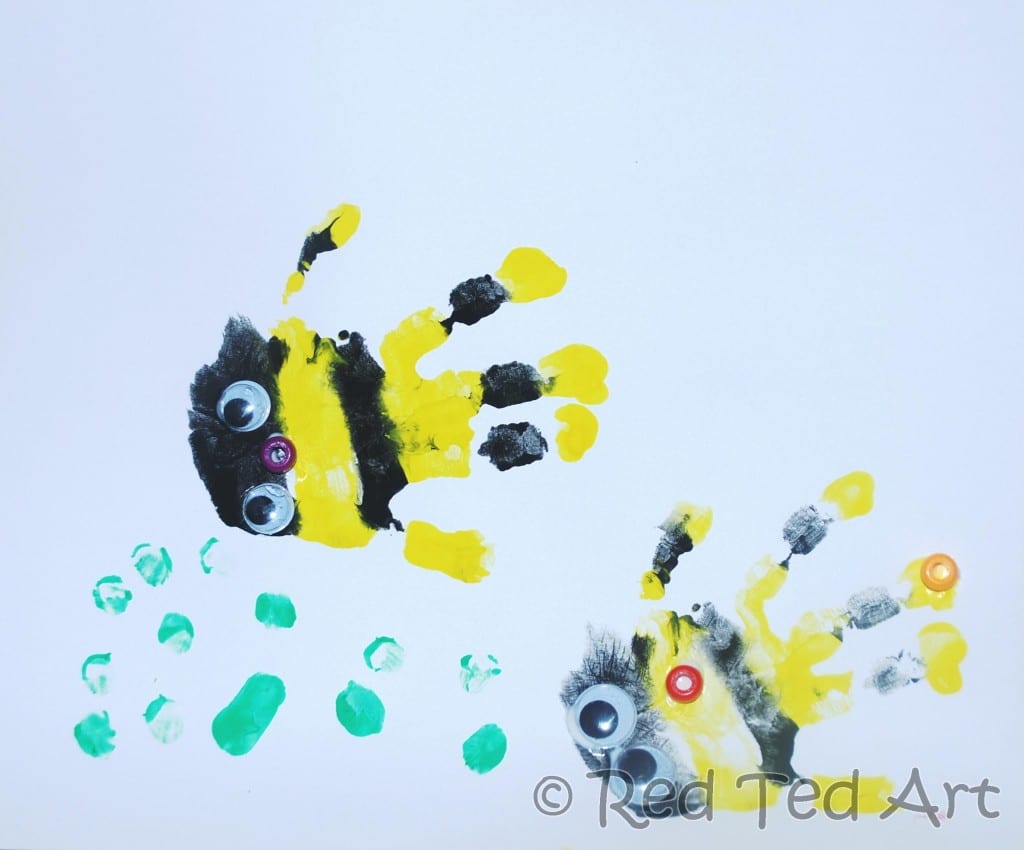 How to turn a structured activity into process art

And then the kids got to do some “free painting”: 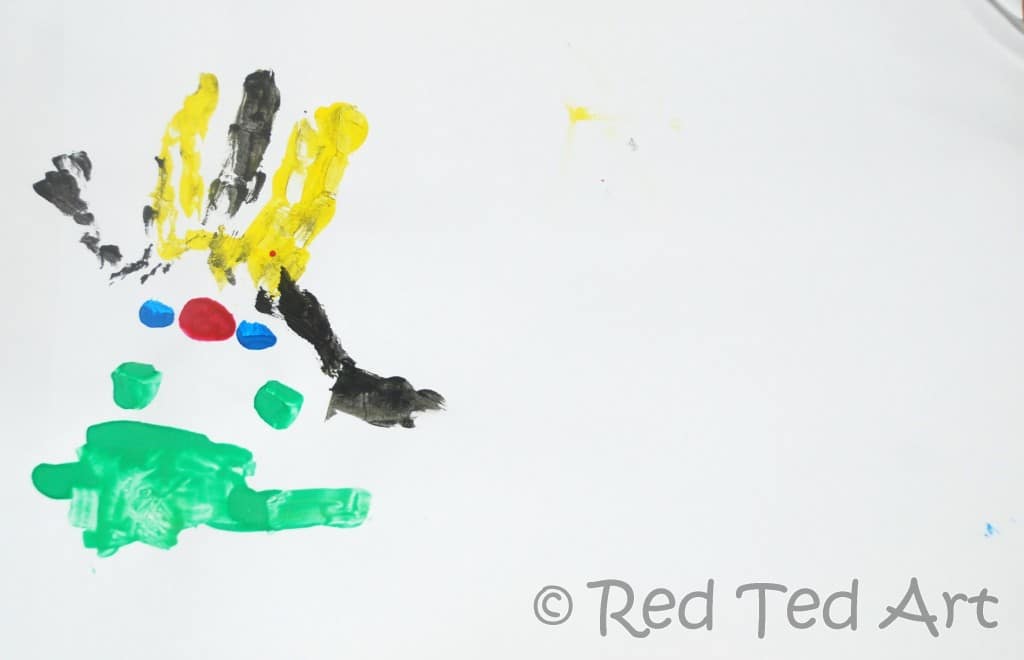 Red Ted’s is very precise… and the yellow and black are finger prints. 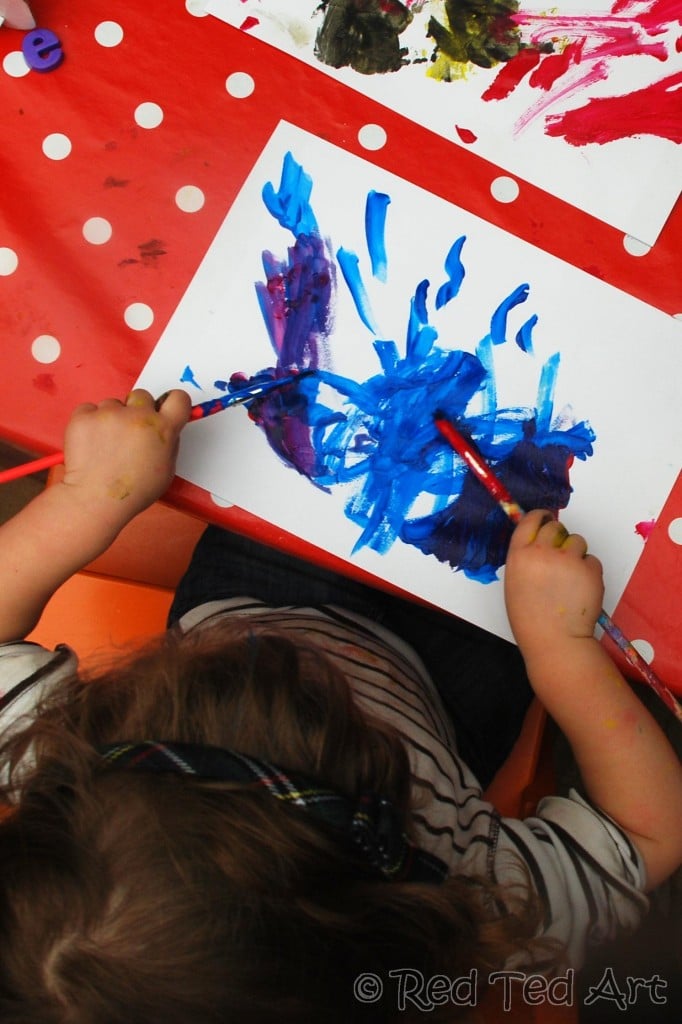 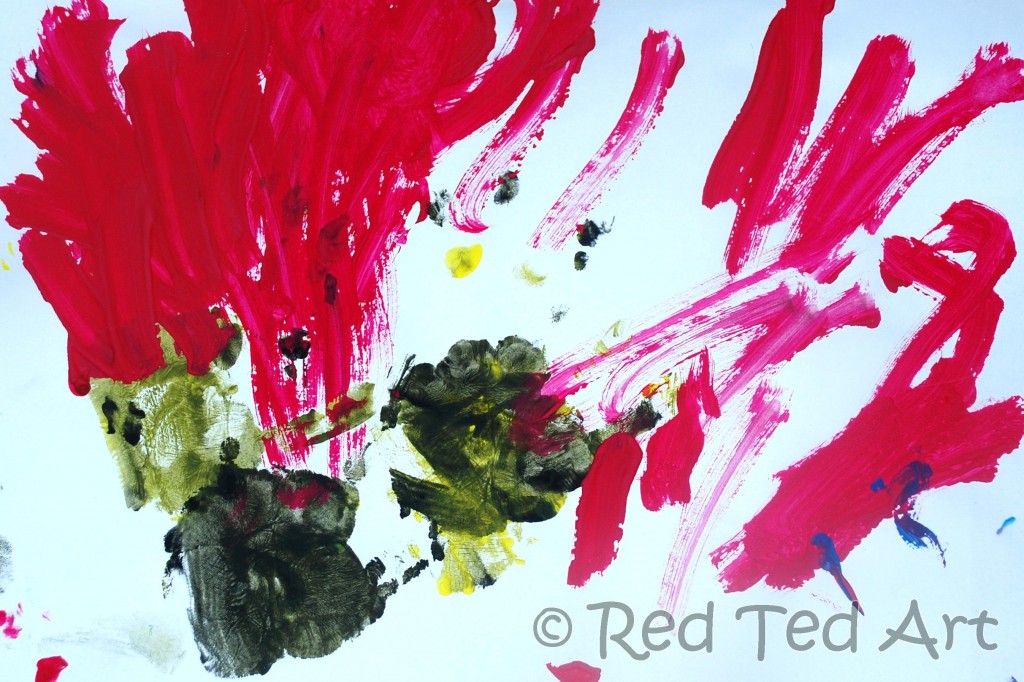 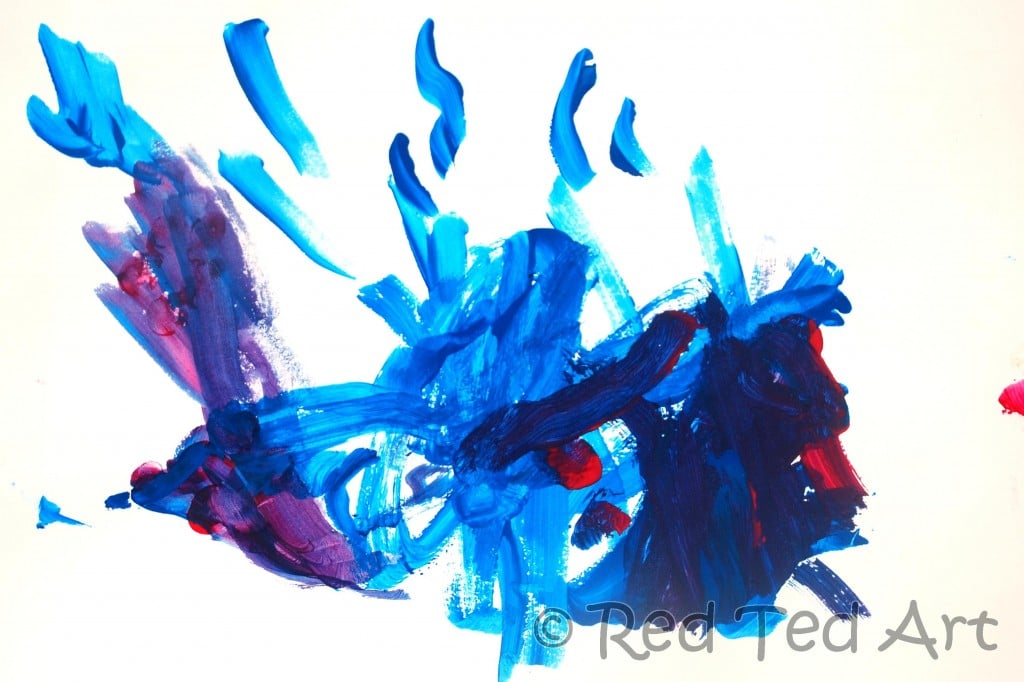 Gorgeous isn’t it? And always a great way to end a painting session.

Right.. so our next Handprint Alphabet letter will be C… what shall we do this time?!

Check out A is for Alien. 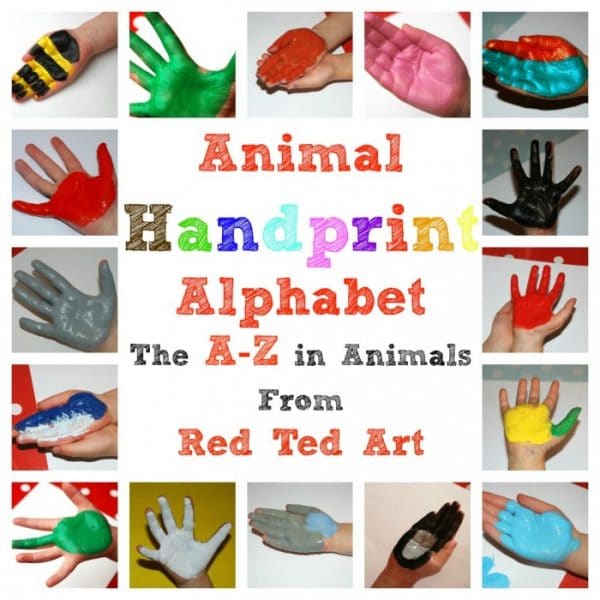