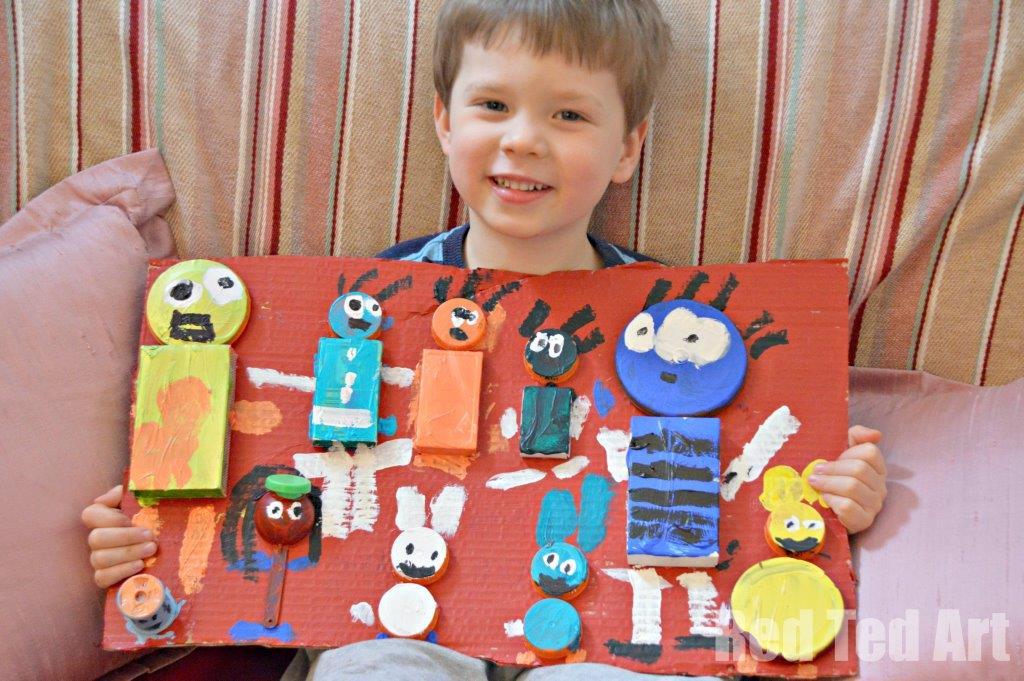 Welcome back to another Kids Get Arty post -a bi monthly challenge all about exploring real artists, discussing and then having a “go” in the style of that artists! You can find more information on the Kids Get Arty page – including all our previous art projects for kids, which include Andy Warhol, Andy Goldsworthy, David Hockney, Klimt and Banksy. Today we have an art project by Karel Appel, which is rather handy.. as one of Appel’s “things” was to paint in the style of children. See where are coming from?

I confess, to not really know Karel Appel particularly before this project, but I had seen it for short piece of work I did for Tate Modern a few months ago, and thought that his work and style would appeal to Red Ted. Appel was Dutch painter, born in 1921. He studied art in Holland during the German occupation in 1940- 1943. He joined the CoBrA avant-garde movement, who were also known for their “childish and spontaneous” style. He created “Questioning Children” in 1949 for the Amsterdam Town Hall, which caused so much controversy it was covered up for 10 years! 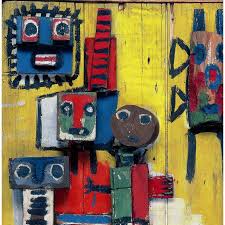 Appel frequently used “junk” in his artwork, which is something that Red Ted ADORES collecting. So I thought this would make a great piece of art for us to look at and have a go at.

We do need another visit to Tate Modern soon, so we can see it in real life!

Appel, used on old wooden window shutter and pieces of wooden – items that he found in and around the area that he lived in. We hunted around the house and found some old cardboard, some matchboxes of different sizes and some bottle tops and plastic spoons. 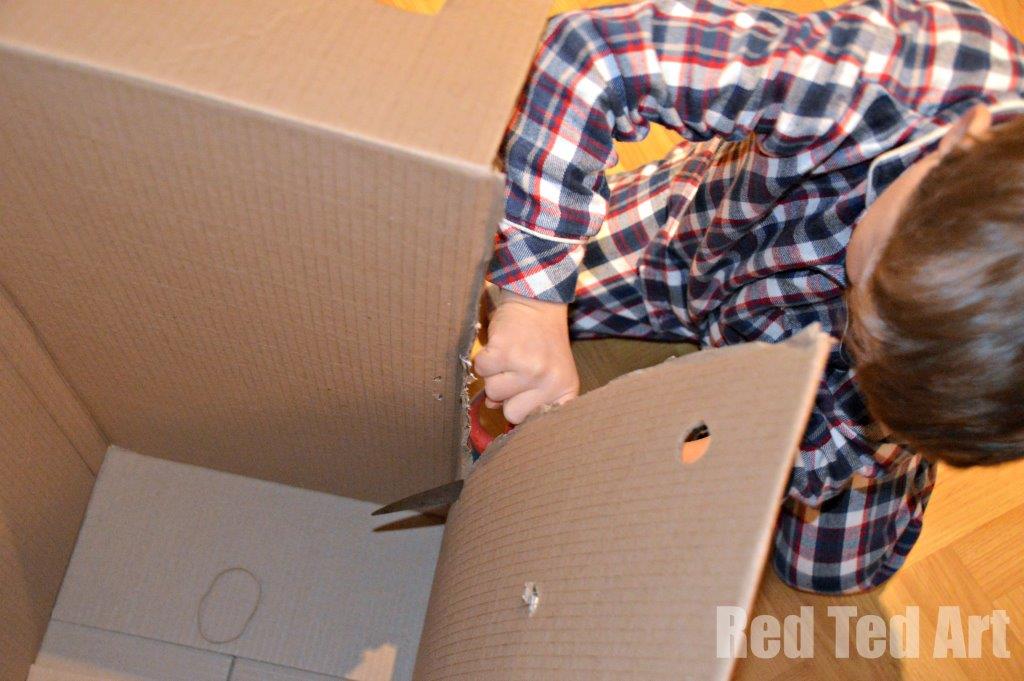 (ahem, yes we are in PJs… we did this one Sunday  morning!)

1) Red Ted and I cut out a piece of large card. I let Red Ted do as much cutting as possible. I then cut out a smaller piece for Pip Squeak to join in with too. 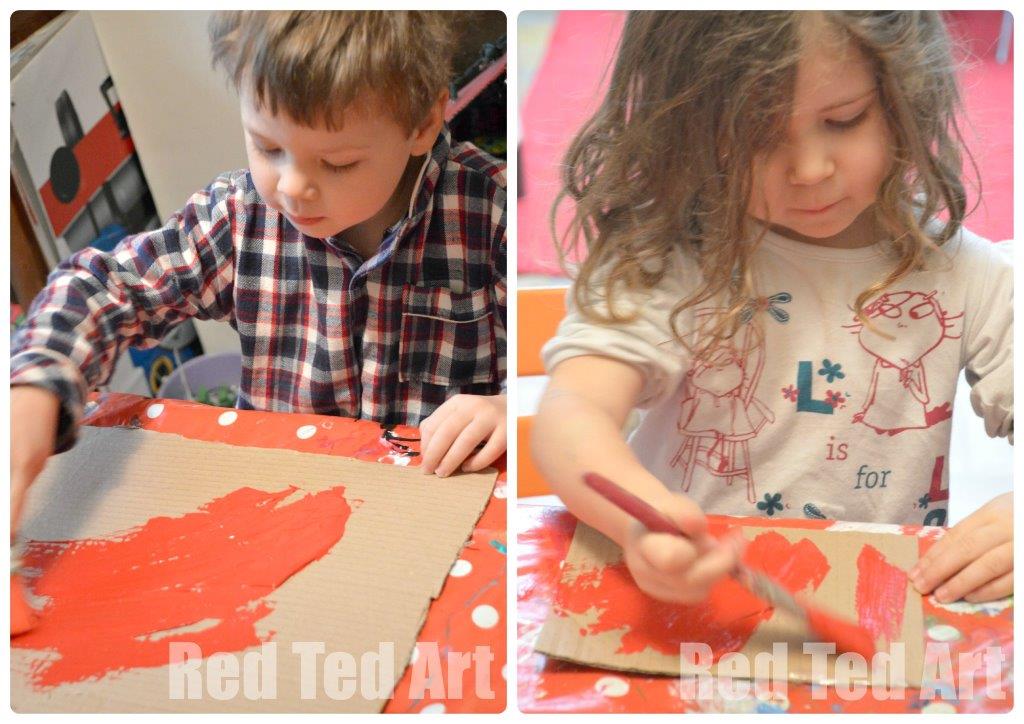 2) Layer 1: Red Ted the chose a base colour – he went for Red. Using my acrylics, the children painted the base. We let it dry. 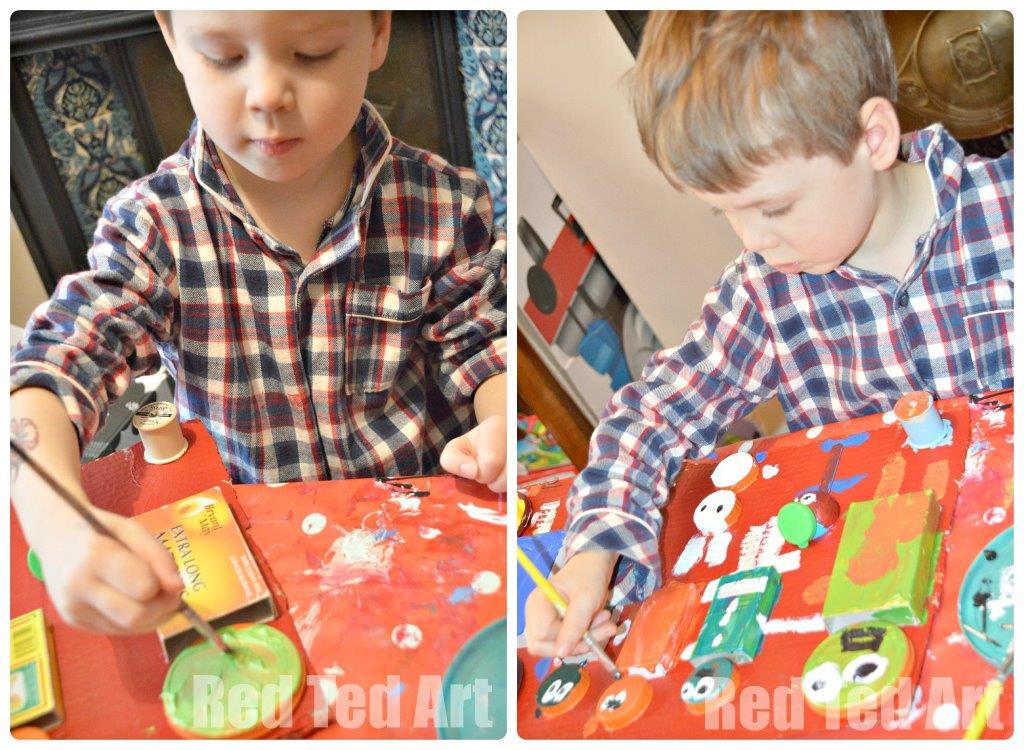 3) Layer 2: Once dry, we looked at the “junk” we had. We discussed Appel’s art and what we could see. Red Ted liked the little blue bird (dog?) at the bottom and said he wanted some bunnies in his artwork. The “people” he said, were “robots”. I think Pip Squeak was less discerning and just piled on as much stuff as possible on her picture. I glued it on for them with a hot glue gun (though a good PVA would work too).

4) Layer 3: The kids then got painting. I asked Red Ted what colours he wanted and he chose them all. Ditto Pip Squeak. Again we let it all dry. 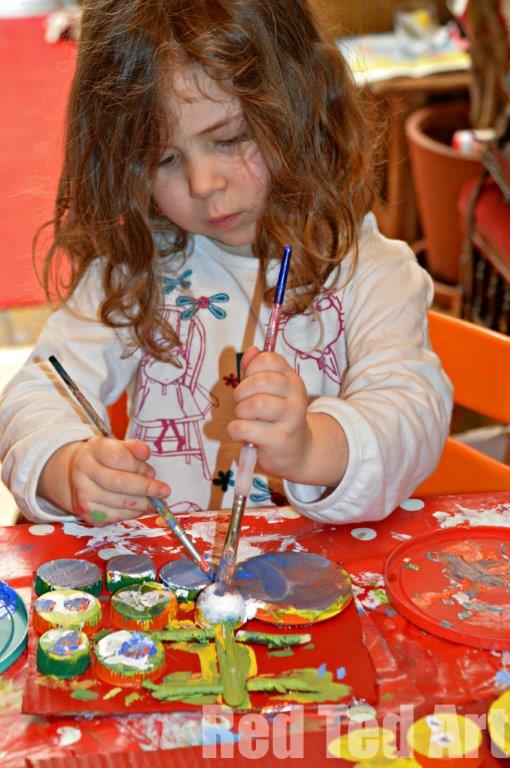 5) Layer 4: Then we came back for some details – Red Ted add some white eyes, legs and stripes. Pip Squeak started going “crazy” and painting with both hands at the same time. She was having rather a lovely time!!!

6) Layer 5: Once dried, Red Ted added finishing touches in black – some black pupils, some shoes, some more stripes. And DONE. 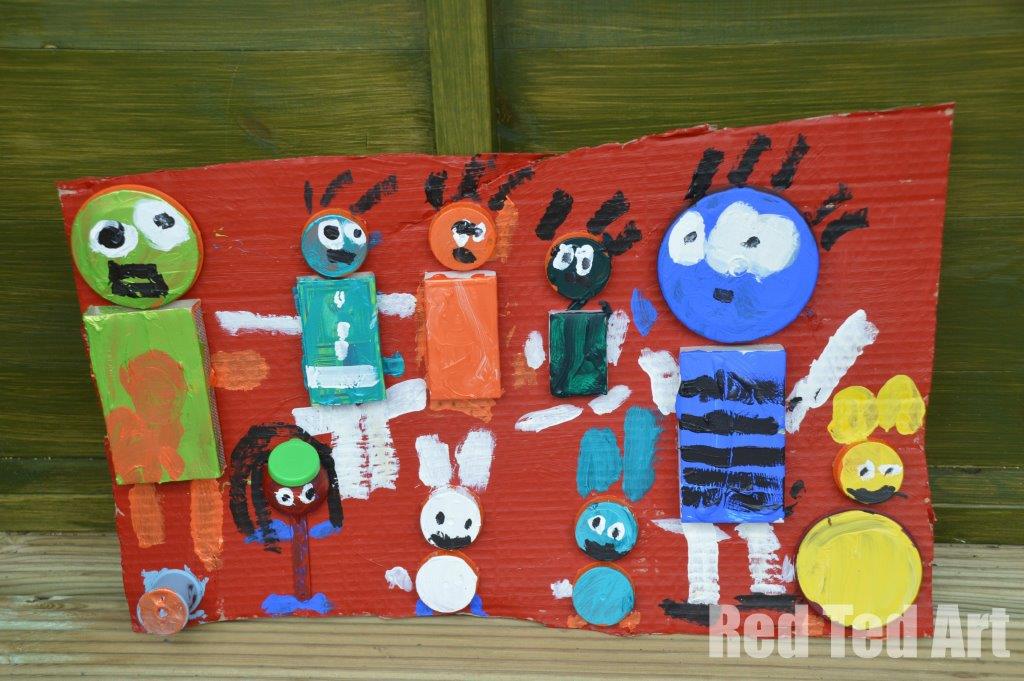 It is interesting that at first Red Ted wanted to do everything really QUICKLY. He is very good at taking his time when he is drawing and colouring, painting for some reason meant to him “do big broad and rushed strokes”. I reminded him to take his time, the same way he does with colouring. 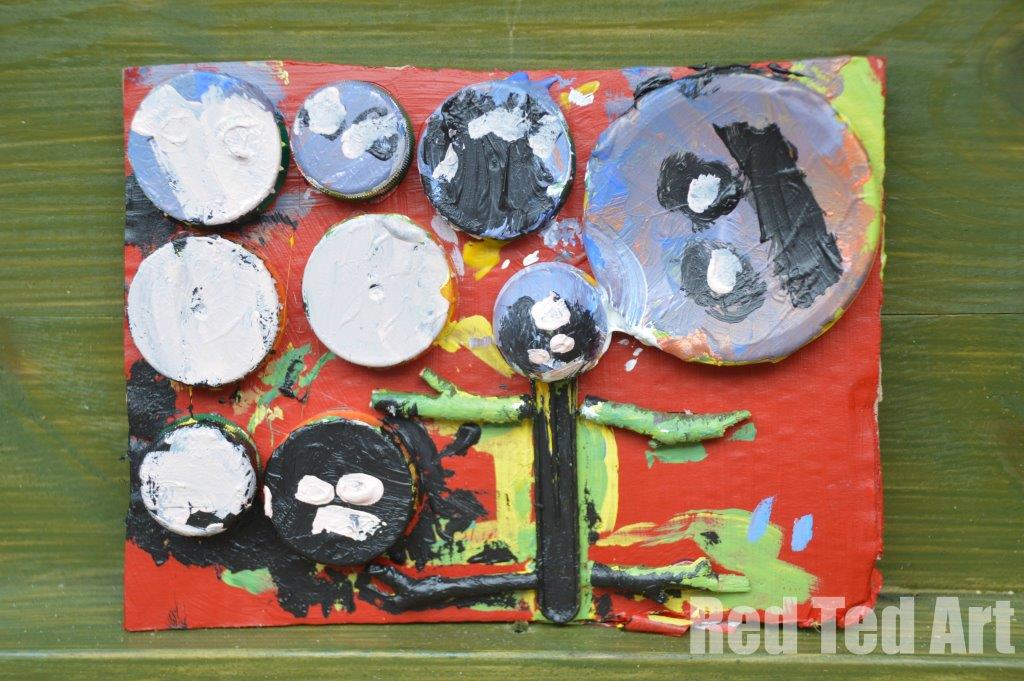 Both children also had a tendency to use the brush like pens – e.g. Pip Squeak wanted to paint and eye and was doing “circular” movements with the brush. I showed them how “dabbing the brush gently” also gives you a circle.

I love that the finished artwork took 5 layers – again, explaining a little about the process of art – that you don’t just do a 2 dimensional drawing all in one go, but that you think about the composition adding layers, as they dry and as you go along.

So.. now it is your chance! We would love to see what Great Artists you have been exploring with your kids and how you approached your arty projects! Come link up. Kids Get Arty is co-hosted by The Imagination Tree,  Creative with Kids , Tinkerlab and Mom to 2 Posh Lil Divas.


<!– end LinkyTools script —>
Disclaimer: by joining the Kids Get Arty linky – you give us permission to highlight any projects on Red Ted Art or share your art ideas on Pintrest – we will always link to your site! If you have been arty with your kid’s please link up!

I can’t wait to see what Art Projects for Kids you did!