We love Easter Crafts and we LOVE Origami for kids. Bring the two together and you have easy Easter Origami for Kids!! So to celebrate the new season upon us, we had a go at making these super easy Origami Egg Cups. If you have ever wondered how to make an origami egg cup read on. If you haven’t.. READ ON! Seriously, they are so so easy to make and really quite addictive. I love like they look like little “flower buds”.. and if you use two tones origami paper (not essential) they look extra pretty!! So so lovely. And such a great Origami Pattern to teach to kids! Remember.. there are lots of Educational Benefits to Origami, so you won’t just be making something nice.. but developing your child too… AND.. wouldn’t they make great Paper Egg Stands for any Egg Decorating you are doing? What is not to love! 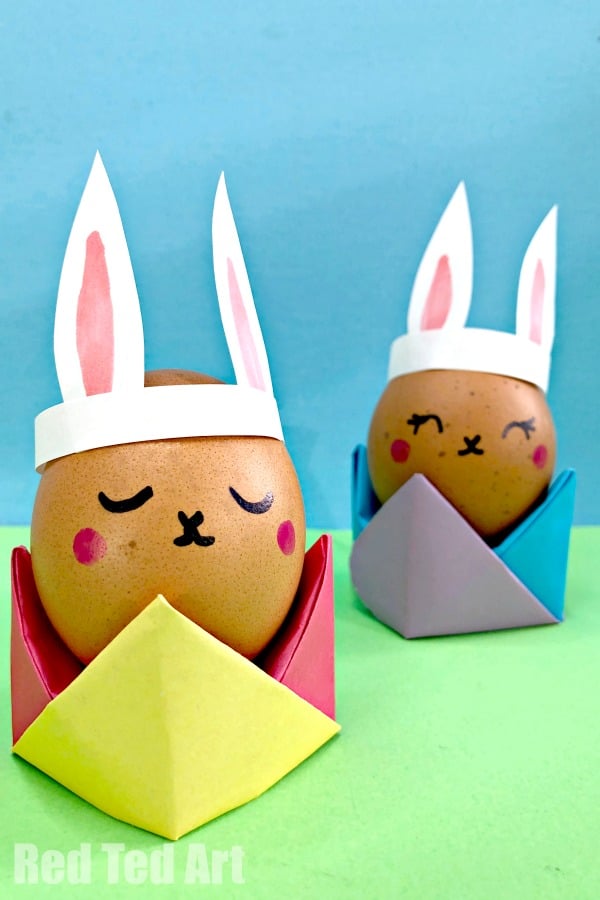 If you are desperate for the two tones, you can stick two sheets of origami paper together.. but it will make for a slightly stiffer folding and final craft. So mayb practice with one sheet of scrap paper two and then “make” your two toned paper! 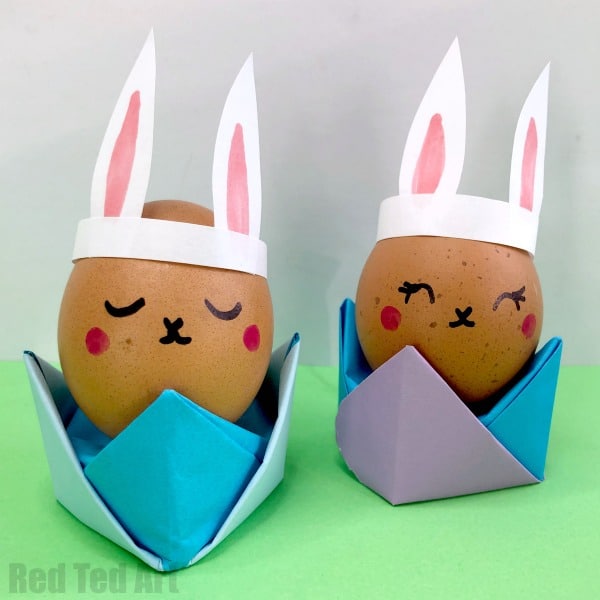 How to make an Origami Egg Cup with Kids

What I love about this Origami Egg Cup Pattern, is that it “builds” on the basic Origami House Pattern – which is super quick and easy to learn. And once you have learned this pattern, there is only a few more additional steps to turn it into and egg cup. However, the paper house uses rectangular paper and the Paper Egg Cup uses a square pieces of paper. But essentially they are still the same! We have the easy to follow Origami video for you towards the end of the page, as well as step by step instructions below!

As mentioned, you really do not need to use two tones paper, but it does make this craft extra pretty! This would also look nice in white printer paper.. Work with what you have got at home! 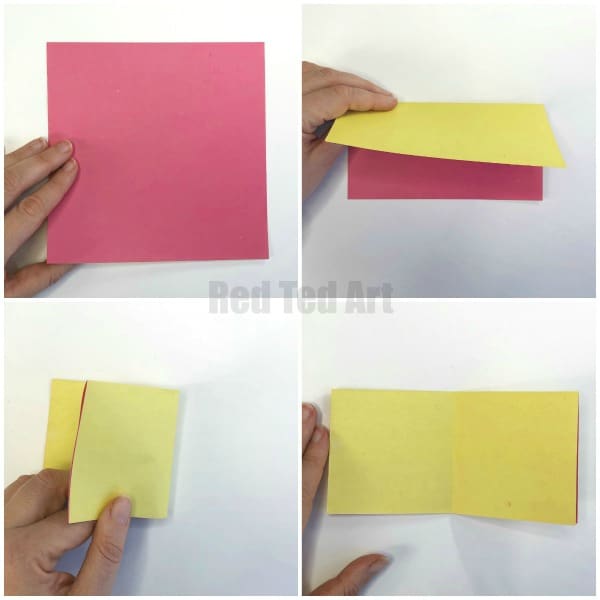 Fold your square pieces of paper in half.

Then in half again.

Open up this second fold.

You now have a rectangle with a line down the middle. 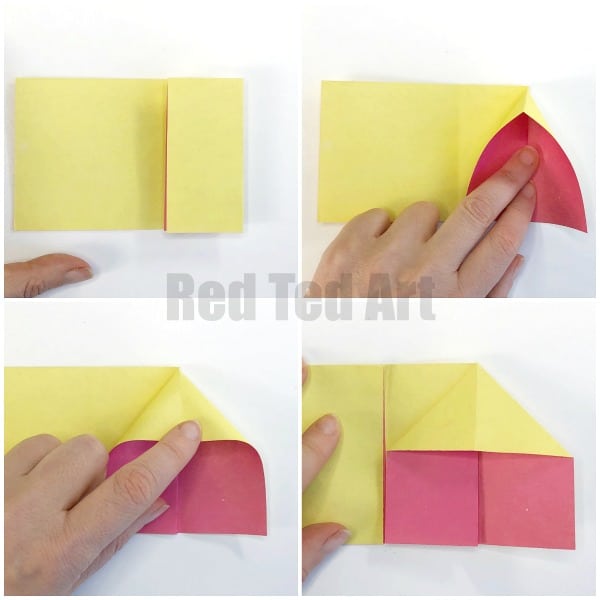 Take the right hand side and fold it to the middle.

Open up the fold.

Squeeze your finger in.. right to the top and create a point.

Keep pushing until it folds into a triangle and flatten. 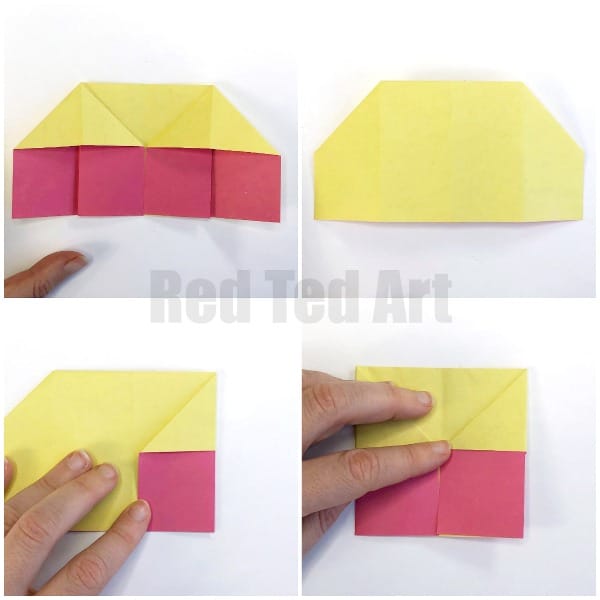 REPEAT for the left hand side!

Flip the paper over.

Fold in the right and then the left.

You now have a square again. 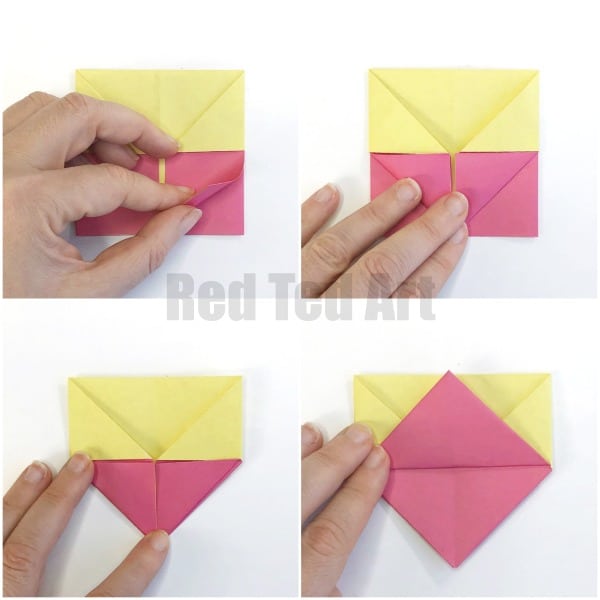 Take the bottom right square and fold it diagnoally.

Repeat with the left.

Flip the paper over and repeat with te ther side.

Lift ONE flap of the bottom triangle and fold it up. 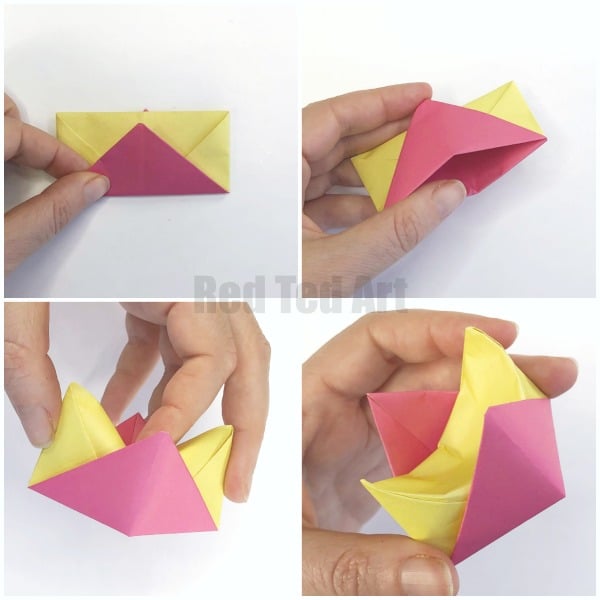 Flip the paper over and fold the second triangle up.

Your egg cup in fact is finished.. and now just needs to be “popped out”.

Do this, bu inserting your  finger under neath.

Then push the top down. Adjust and smooth down any ages as needed. 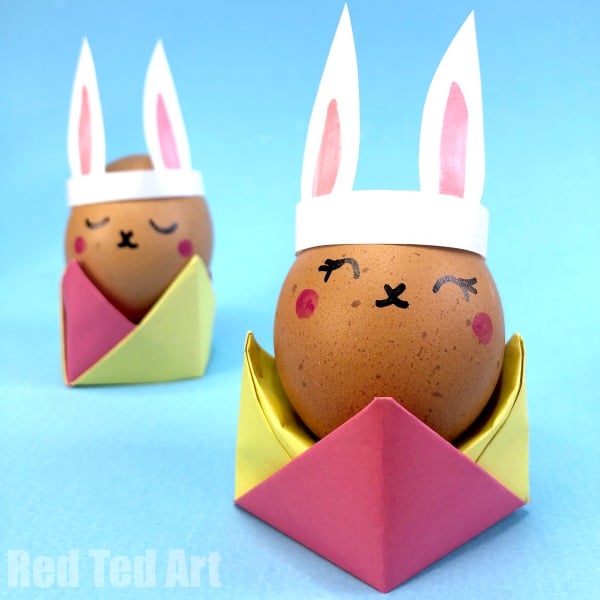 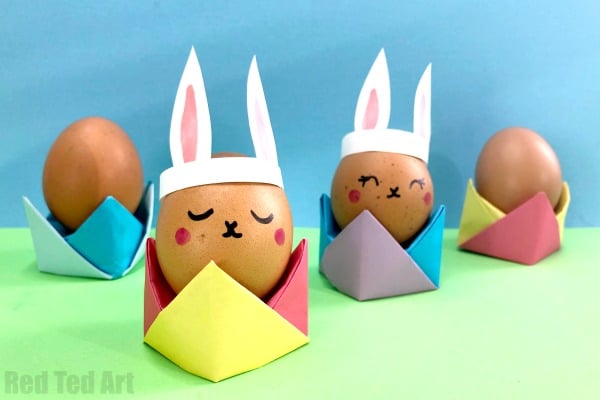 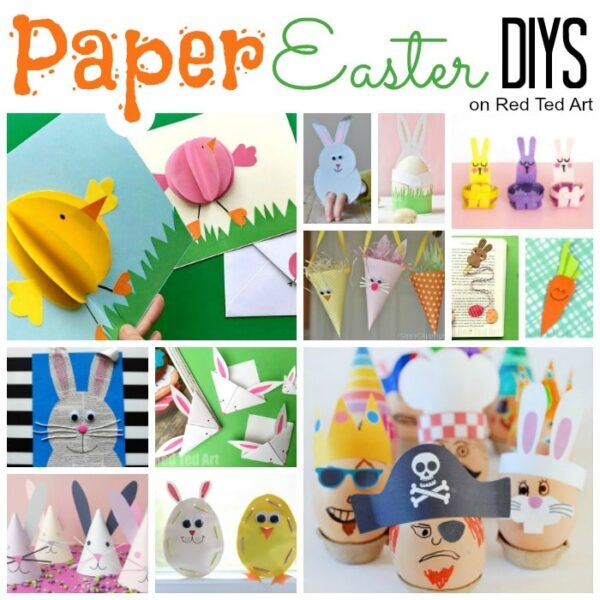 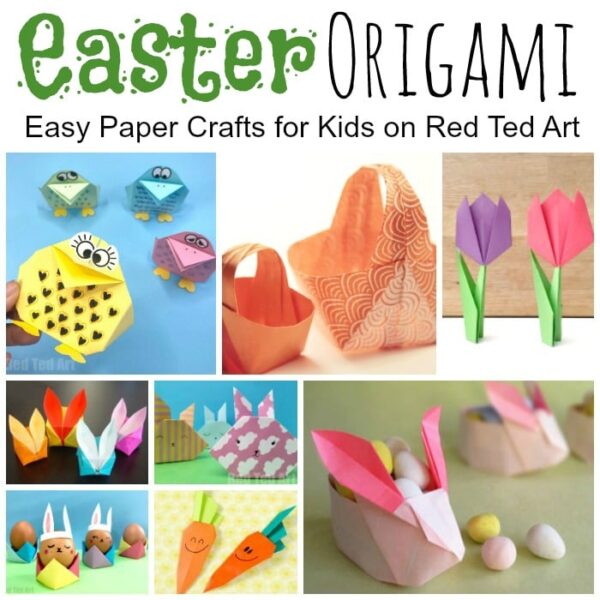 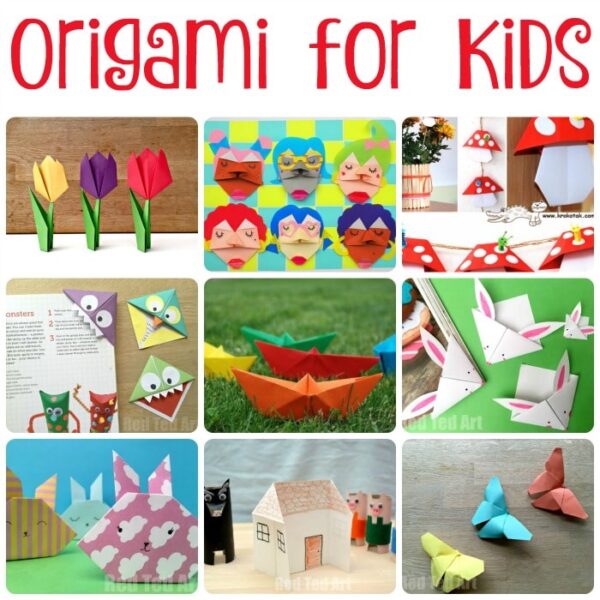