So! We are back.. back with yet MORE Pom Poms (this time, I show you how to make a no sew Pom Pom Scarf), as well as another “crafty chat” and craft video with Ali from Kids Chaos. In this week’s crafty chat video, we discuss the WONDERFUL WORLD OF POM POMS and how to make a pom pom (don’t forget all these AMAZING and seriously CUTE Pom Pom Crafts and Ideas). Yes. We have indeed gone pom pom mad and we want YOU to get the pom pom bug too. There are SO MANY different ways of how to make a pom pom, that we want you to try out just one of them. And then, once you have mastered the art of pom pom making with anything from a fork to a business, cards, let’s make this lovely Pom Pom Scarf – no sew too, brilliant!

As an “fyi”, the neatest and “tightest”, least trimming required pom pom is made by using a pom pom maker or a circular piece of card (see video or links below). 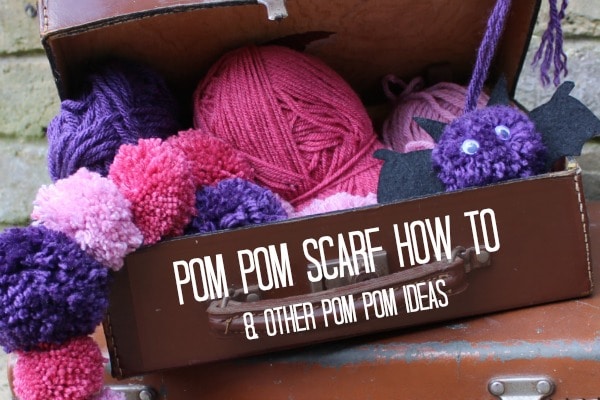 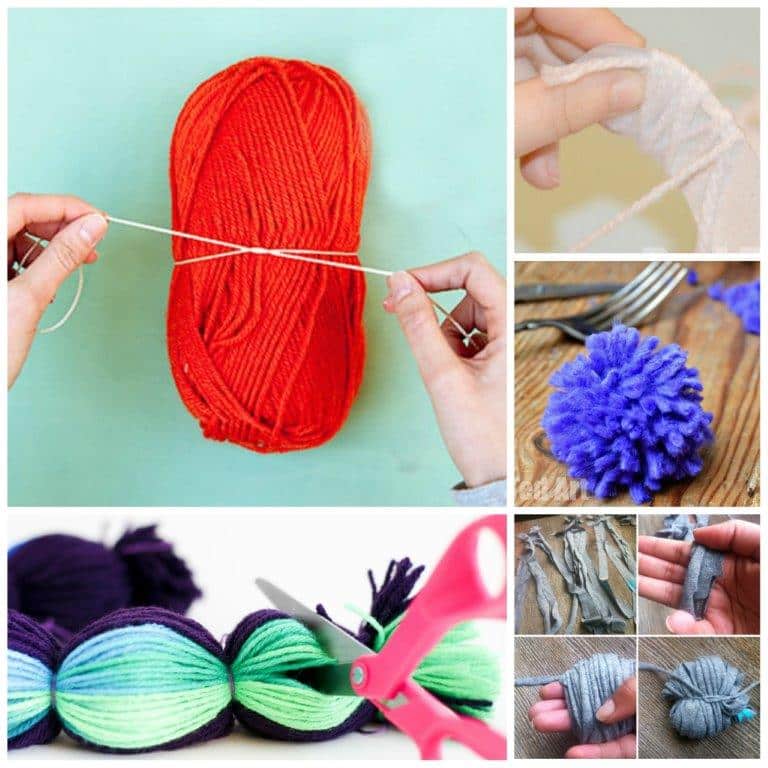 How to make a pom pom – 7 techniques

So.. now we have pulled together a list of different ways of making your pom poms – we discussed a number in the video above, but here are links to specific posts, giving you step by step instructions to make your pom poms! 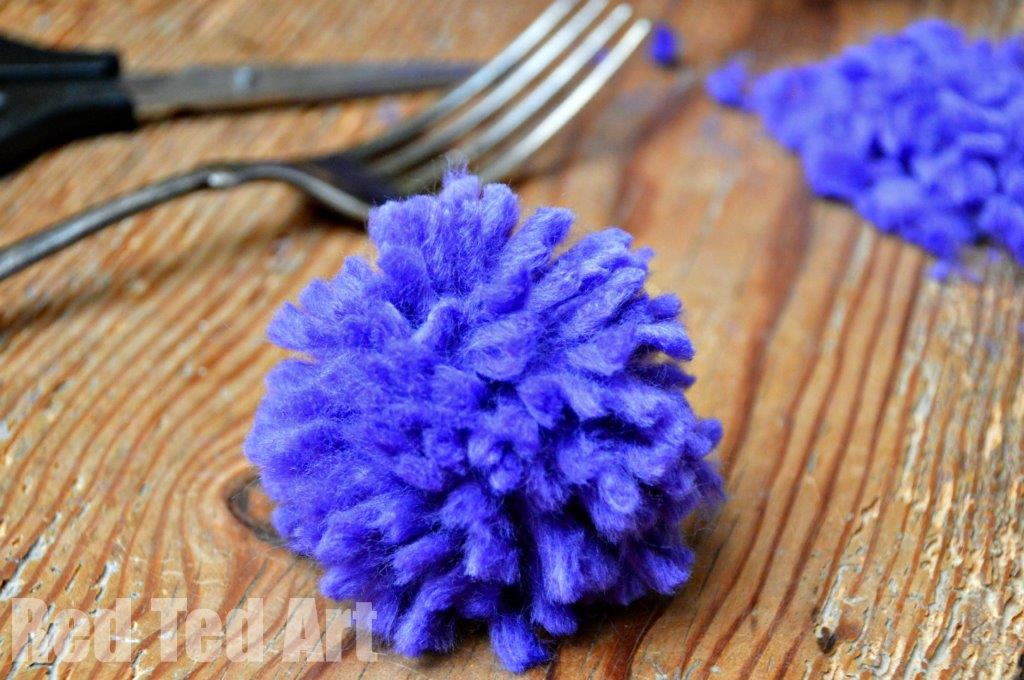 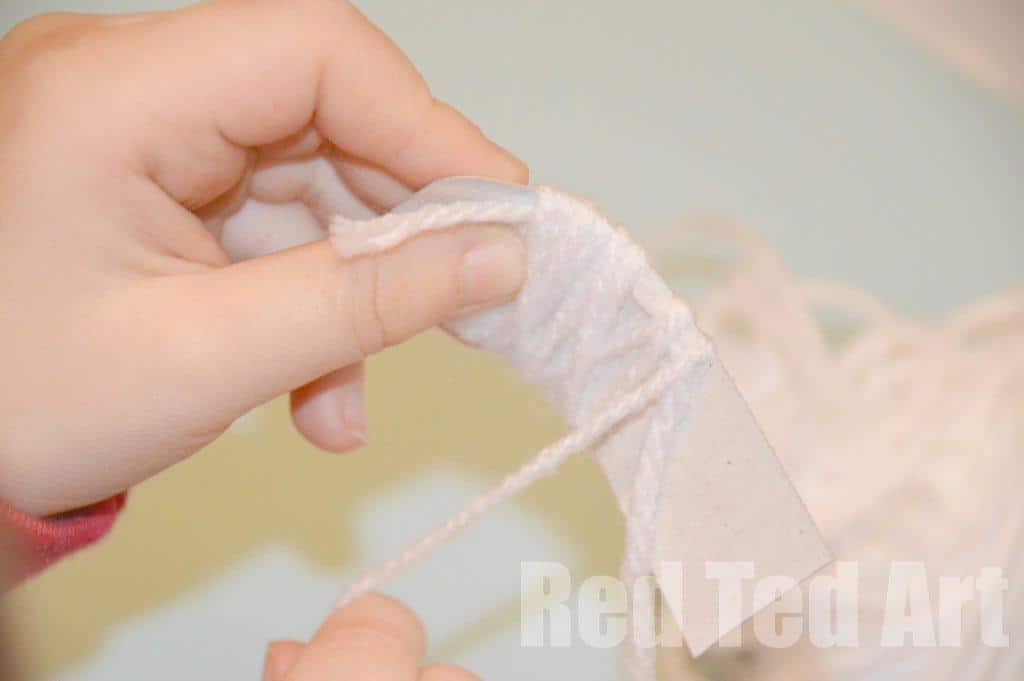 Card Pom Poms – nice and easy winding for younger kids. However, the final pom pom will be a little looser and will need trimming 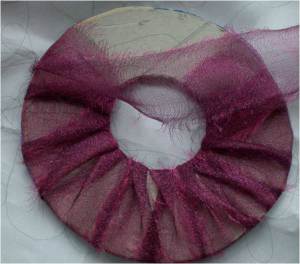 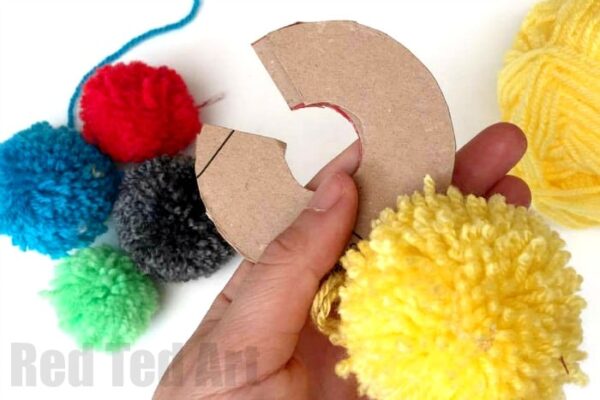 Here is the cardboard disc pom pom making technique again – but making yarn pom poms and it also has a VERY handy video! 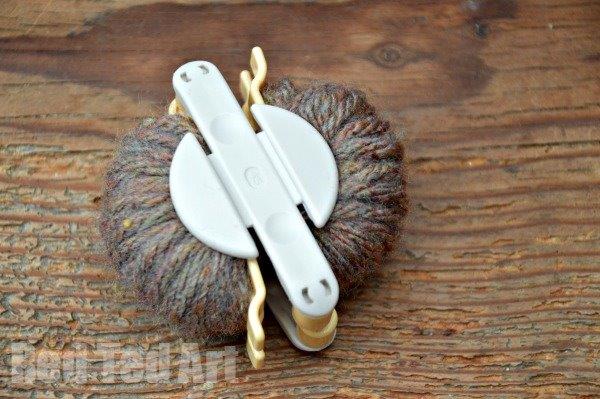 We have these Pom Pom Makers (affiliate links)

Giant pom poms in 60 Seconds: brilliant!! What a genius idea. Having said that, there IS a lot of “waste” which worries me (just a waste not want not), but they idea is simply too clever!

How to Make Pom Poms in Bulk 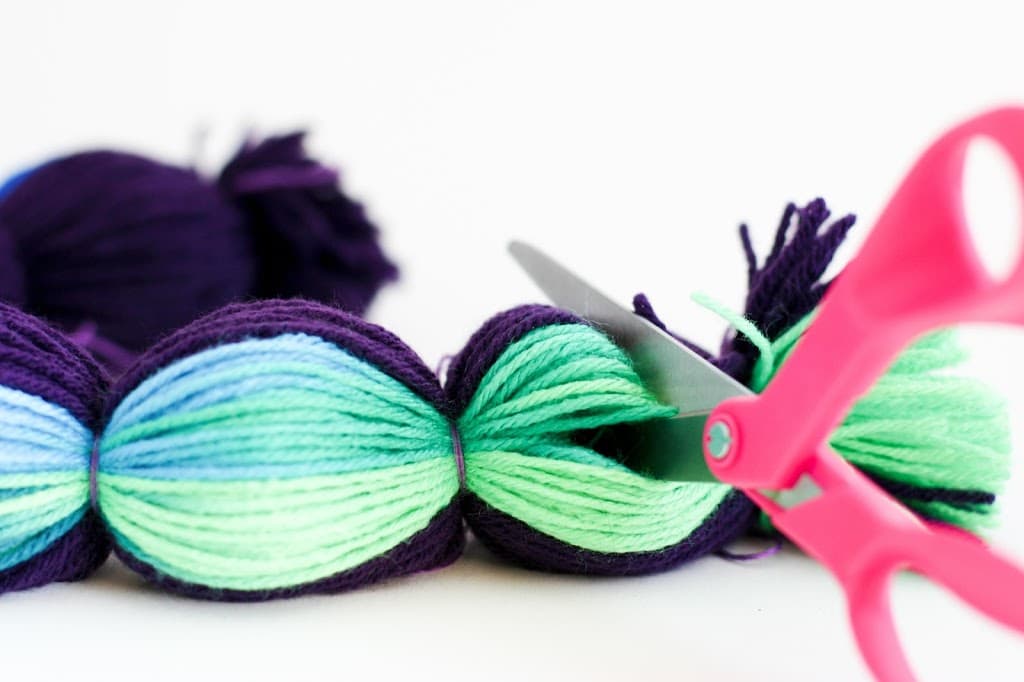 : what a clever way to make LOTS of pom poms in one go! And so pretty too. Great for garlands or scarves or mobiles 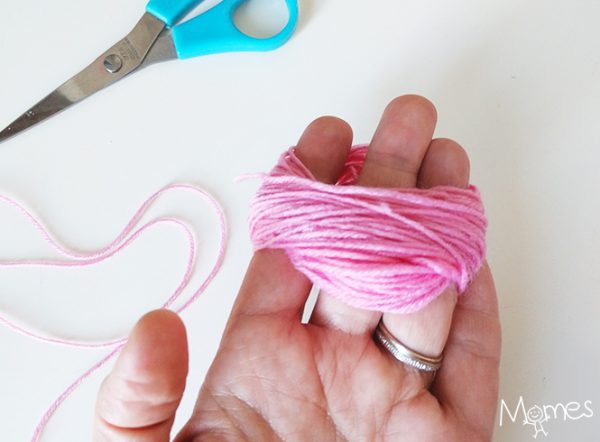 Finger Pom Pom Technique – this technique is particularly good for larger pom poms or pom poms using thicker wool or yarn (a while back we made a whole set of white ones as “snow balls” for our Christmas tree!). Just lovely. 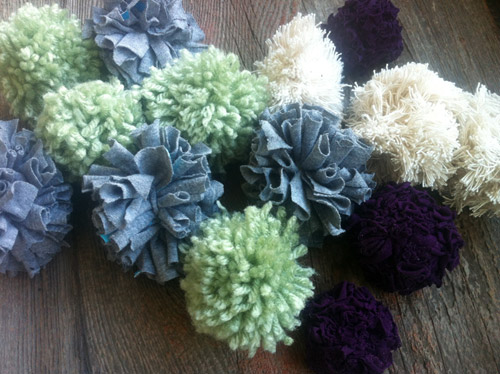 T-shirt Yarn finger pom poms: Love this tutorial on a) how to use your FINGERS to make pom poms and demoing that t-shirt yarn pom poms are lovely 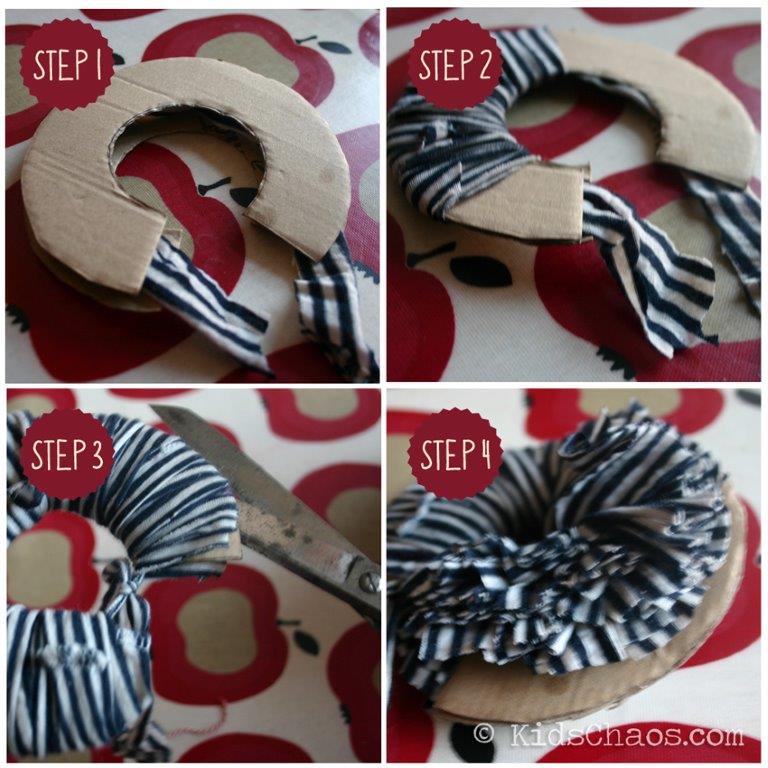 Now you know how to make your pom poms… check out these 25 wonderful Pom Pom Crafts! 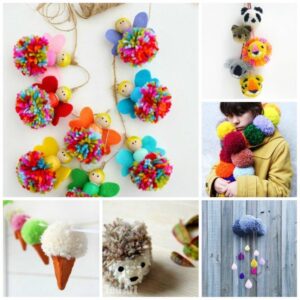